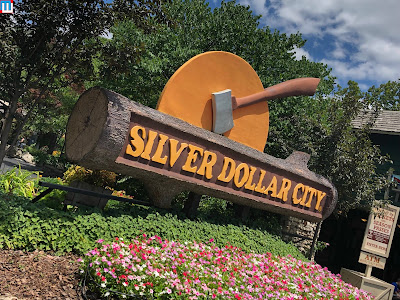 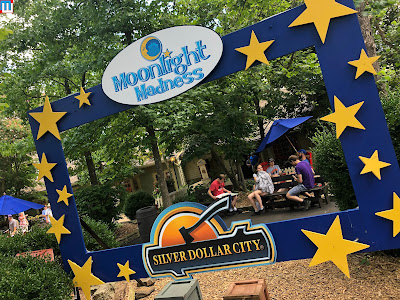 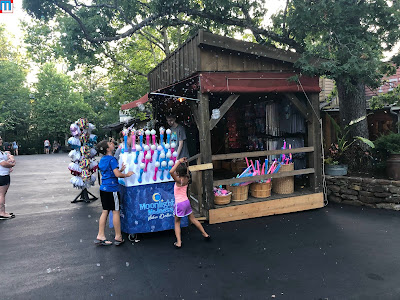 The focus of the festival is more on the riding aspect, but they do have evening souvenirs for purchase. 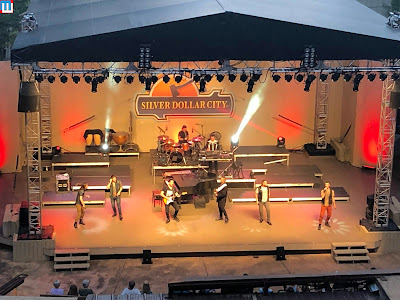 With most of the other shows running during the festival being hold overs from Star-Spangled Summer, we'll focus on some of the new ones.  Hits from the Hollow is performed nightly in Echo Hollow 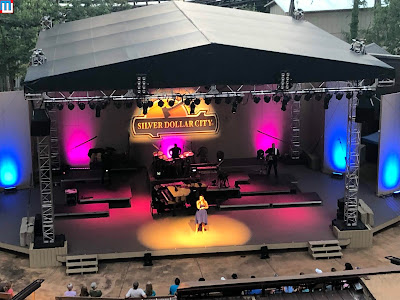 The show features a house band and then a collection of 7 performers that rotate in and out between songs.  This also includes Tracey on piano, vibes and other percussion instruments. 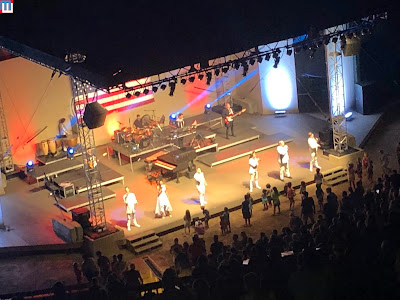 The show ends with a patriotic melody, which is always a fan favorite 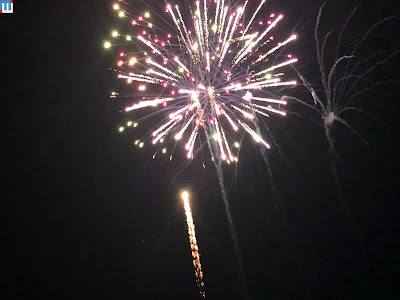 At 9:10pm the park's "Fireworks Finale" lights up the sky 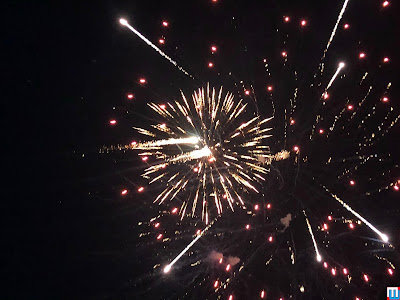 If you view the fireworks from Echo Hollow, they are synchronized to music (I personally feel that this music should be piped all over the park during the fireworks) 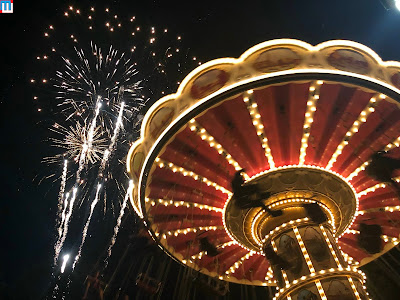 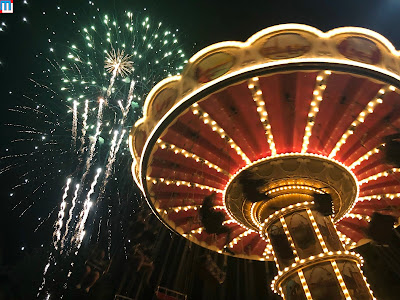 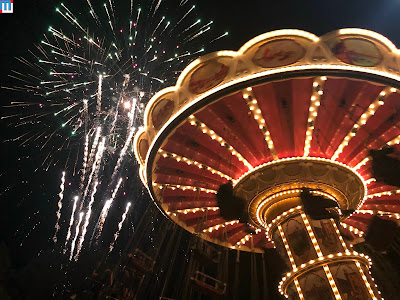 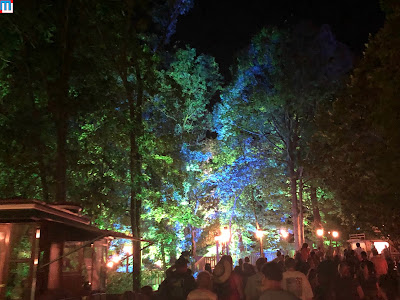 Most people will head out after the fireworks, but the park is still open until 10pm 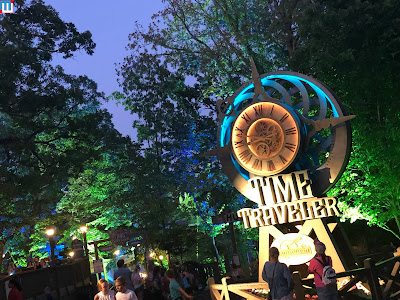 Don't mess out on your chances to ride the big rollercoasters after dark.  Our favorite is PowderKeg 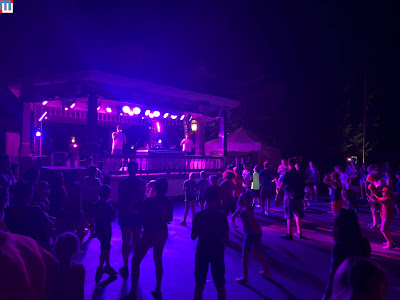 On the square you will find the sounds of Prince Ivan performing for the Moonlight Madness Street Dance. 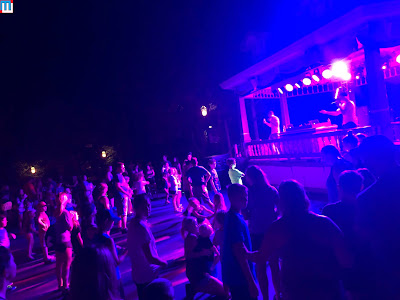 This seemed to be a very popular way for families to end their evening.
Moonlight Madness runs daily through August 4th.