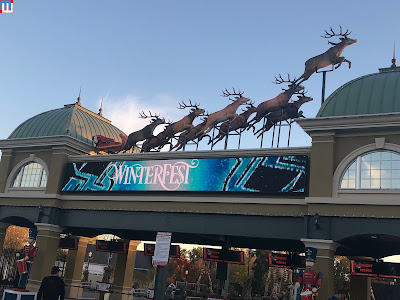 Welcome to HalloWinterfest at Worlds of Fun 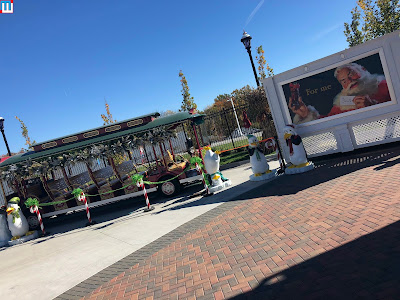 Yesterday was the last day of HAUNT but you'd never know that in the front gate courtyard. 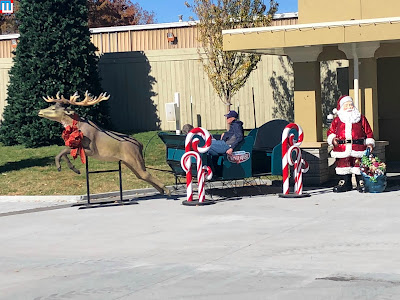 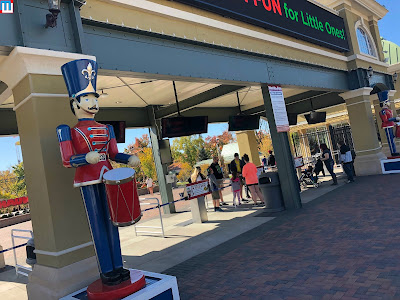 and they were even playing Christmas music over the PA system 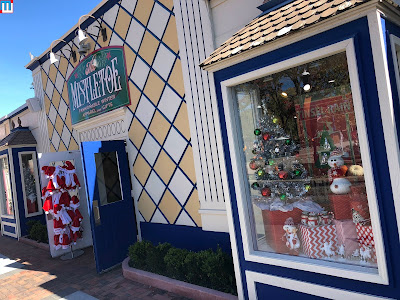 Front Street Shops has completely converted over to Mistletoe 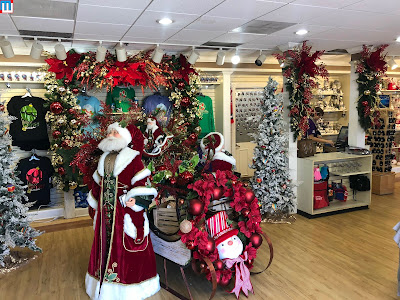 Everything inside the store is now Christmas. 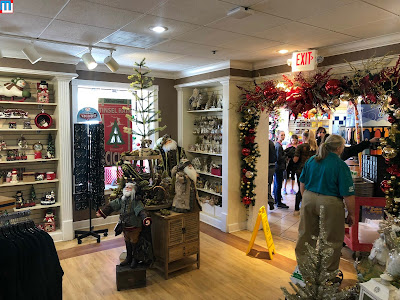 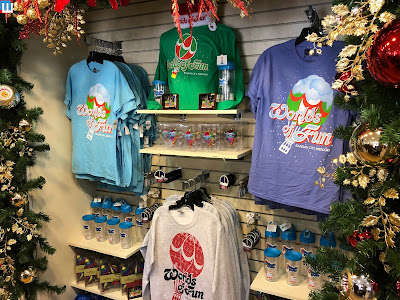 Some of the seasonal shirts. 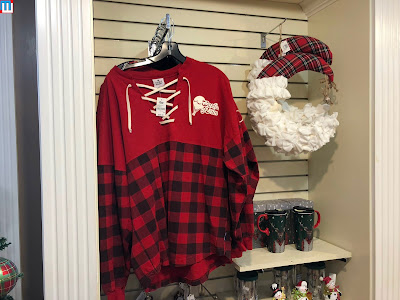 and a few more. 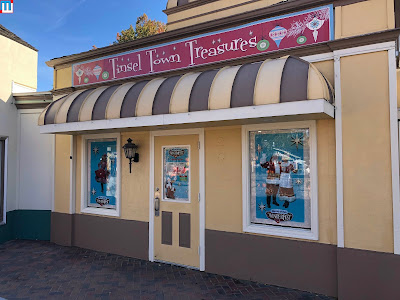 Apparently the info booth is going to be another store this year. 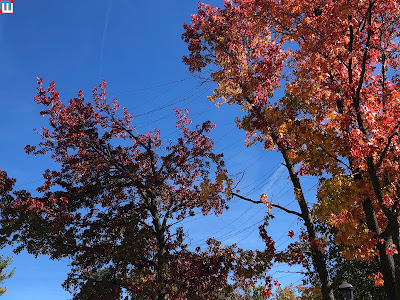 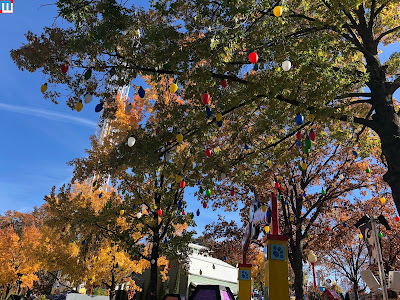 The lights are starting to go up in the Planet Snoopy trees.  There was a big pile of them behind the Snoopy Boutique waiting to be installed. 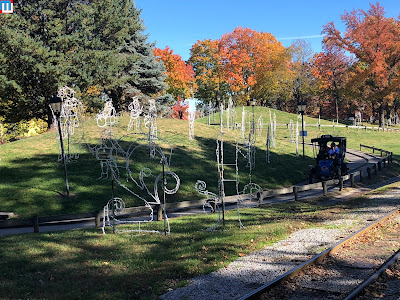 The 12 Days of Christmas light sculptures have been installed at Le Taxi Tour. 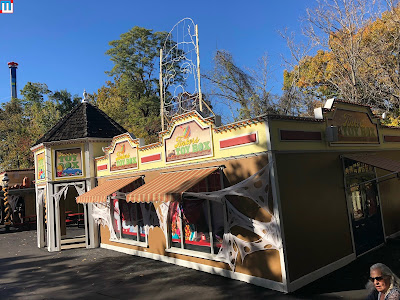 This is new for this year.  Tinker's Toy Shop (which makes sense with the show next door in Moulin Rouge) is taking over what was Mrs. Claus' Kitchen last season. 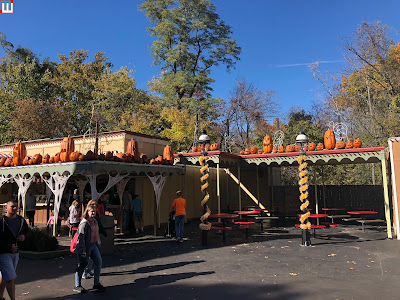 Christmas light displays behind the pumpkins on the roof of the Europa restaurant. 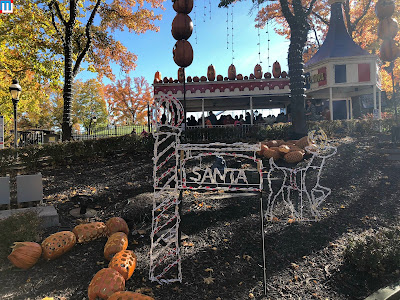 Light displays on the hill in front of Le Taxi Tour. 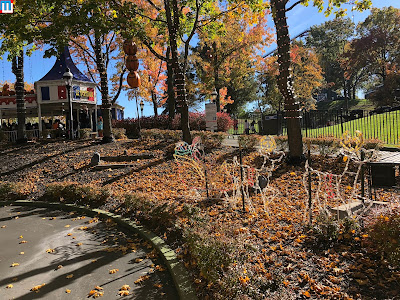 A few more on the other side of the tree. 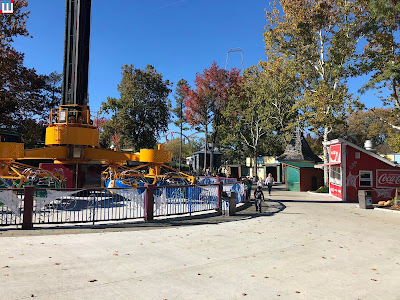 Light displays installed on Falcon's Flight's fence and on top of Autobahn. 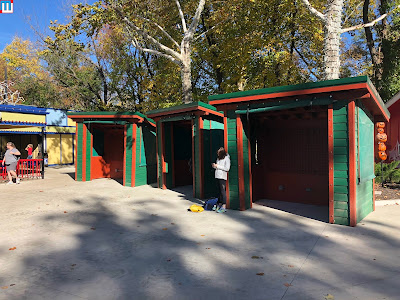 It appears that the Crafter Booths will be spread around the park this year instead of hidden in what used to be Bicentennial Square. 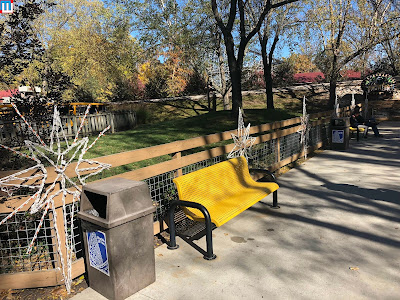 Lots of star light sculptures on the fence by Zulu in Africa. 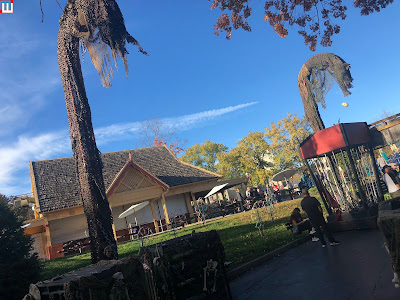 The "not candy canes" have the company of smaller light sculptures on the hill by the Chicken Patio restaurant in Scandinavia. 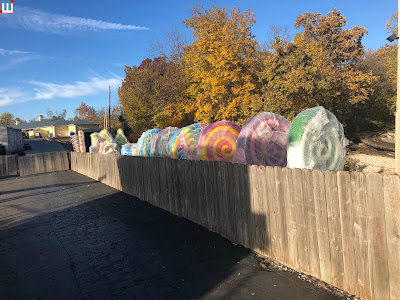 More decorations waiting to be installed were sitting backstage near Scrambler. 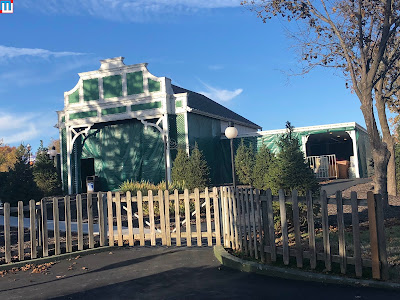 Getting Santa's House set up. 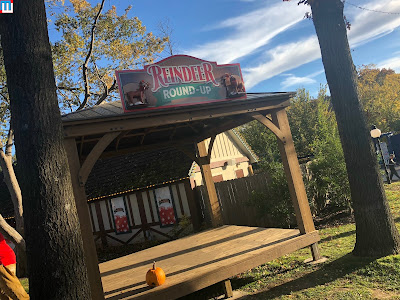 The Reindeer apparently are returning this year near Fjord Fjairlane. 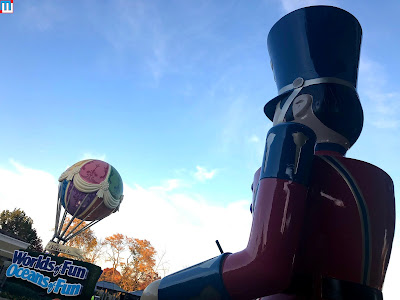 Winterfest opens on November 23rd at Worlds of Fun