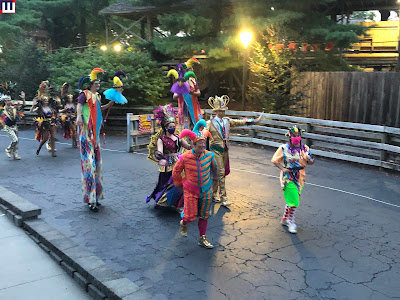 Welcome to the Spectacle of Color Parade.  The parade begins with the Royal Court 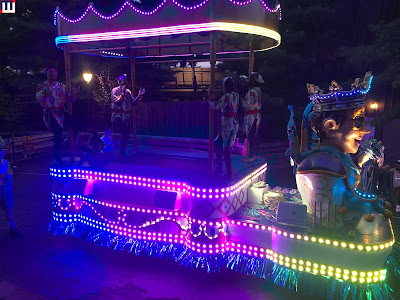 Next is the King of Grand Carnivale float which features a trampoline and gymnasts. 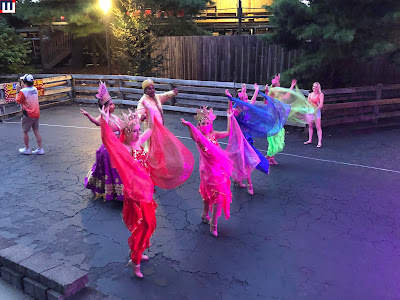 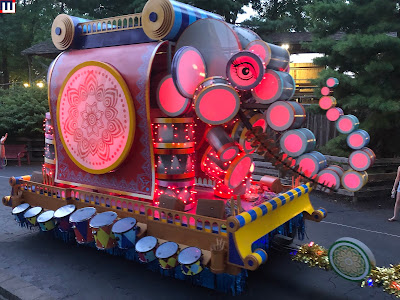 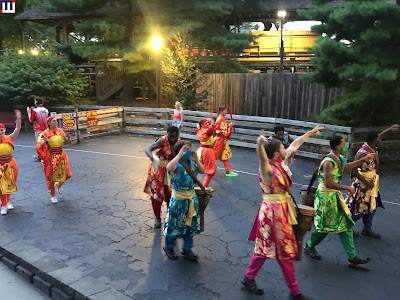 Speaking of drummers, here they come with the China delegation behind them 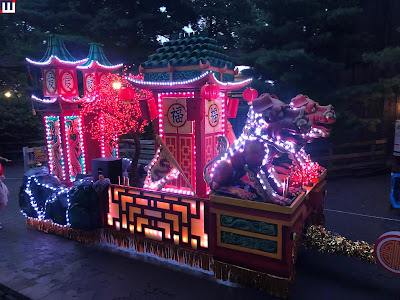 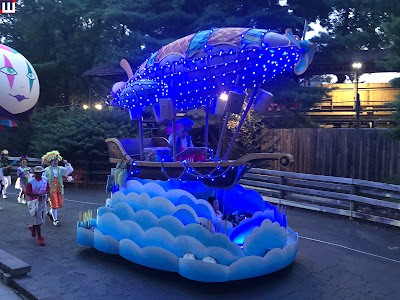 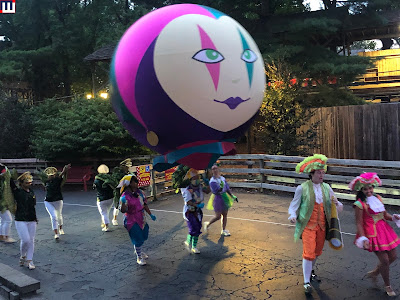 The Voyagers follow the float with a fun balloon 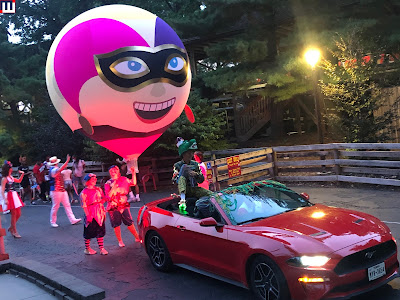 Next is Mardi in his car followed by another balloon 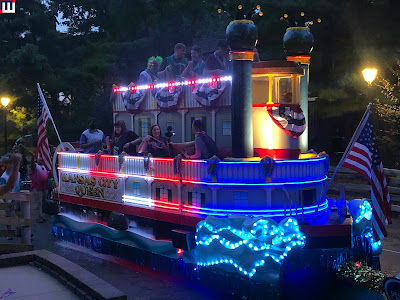