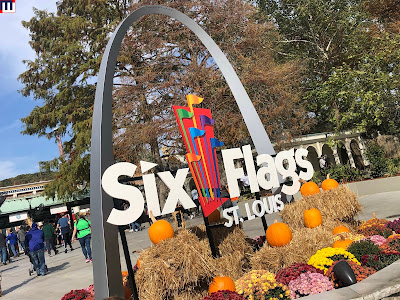 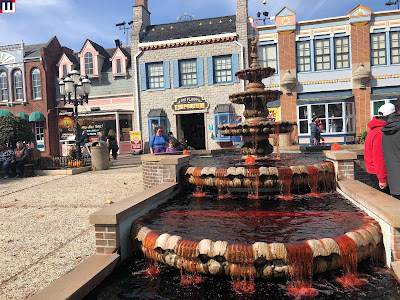 This is an extremely watered down version of Fright Fest.  The only thing scary this year is the lack of social distancing and how after 8 months, people still cannot figure out how to properly wear a mask 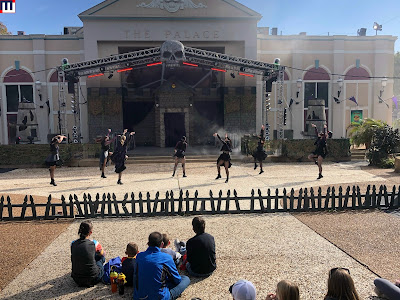 Since COVID-19 can only infect you inside buildings, all of the limited entertainment is on the Palace Porch this season.  There are two shows, one is Dead Man's Party (which ironically features an all-female cast) 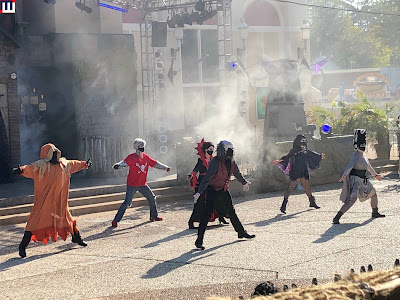 The other is Love at First Fright 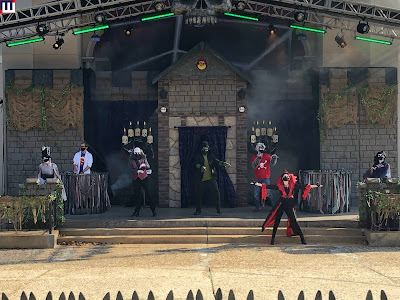 This is one show they probably should have just put in mothballs for the year.  It does not work outside at all. 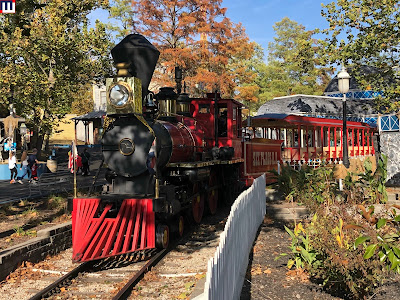 So nice to have the train back running 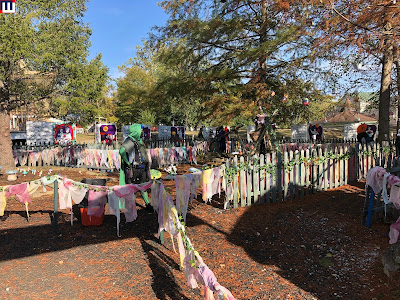 There is a trick-or-treat trail set up near the arbor tunnels near Mr. Freeze. 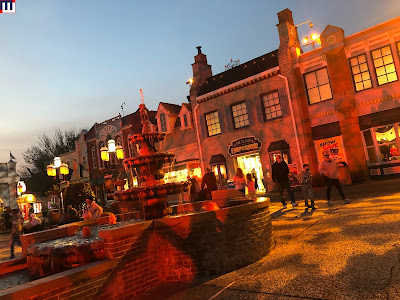 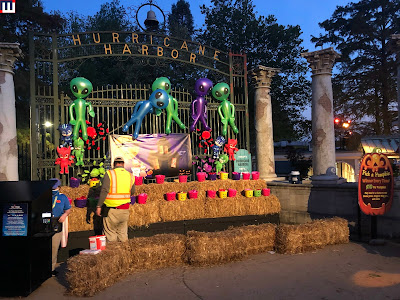 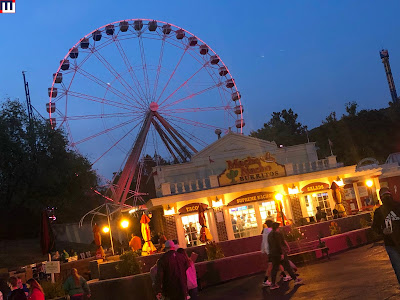 Colossus is light up in orange for Hallowfest.  Anyone else miss the pumpkin face? 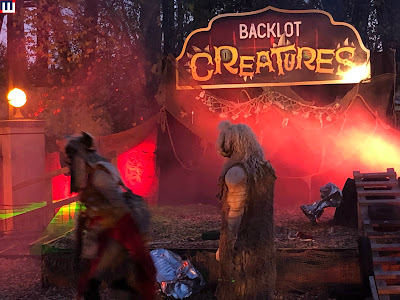 Since they cannot do haunted houses, the park has set up these bizarre displays around the park that almost remind you of a zoo exhibit 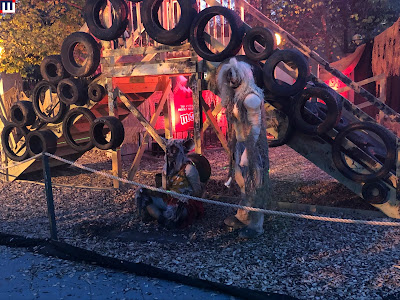 The screamsters and park guests cannot get within 6 feet of each other.  There's nothing scary about it and I honestly question the point 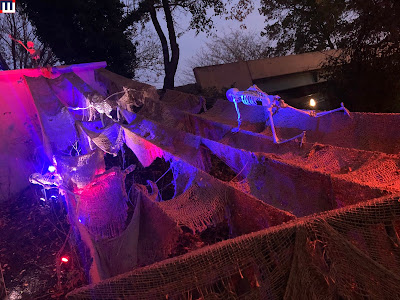 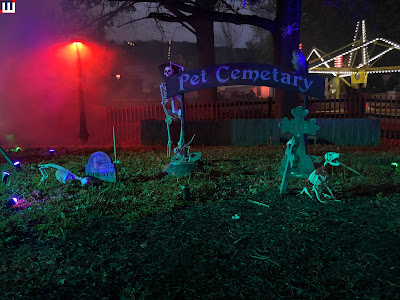 Another nice display by Shazam 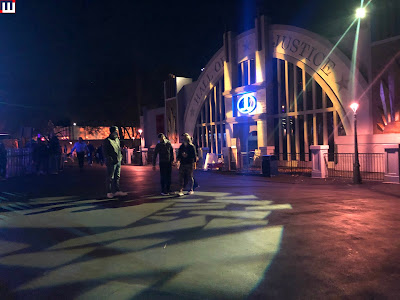 Justice League finally opened for the season.  I guess the park finally figured out how to open the ride safely for the current "era" 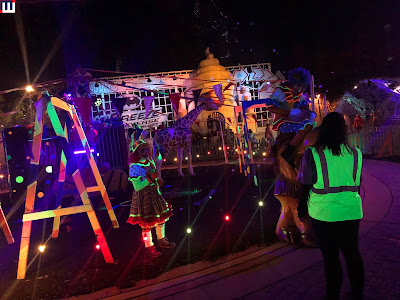 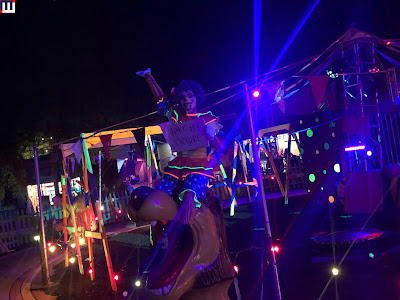 Once again neither the screamsters or guests can get within 6 feet of each other.  They even have security posted to make sure 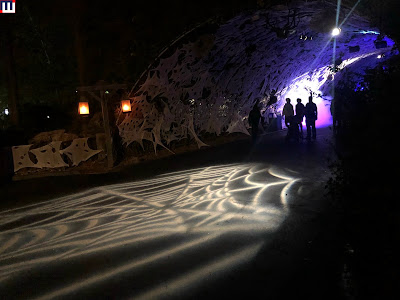 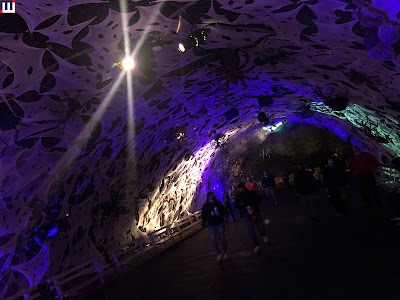 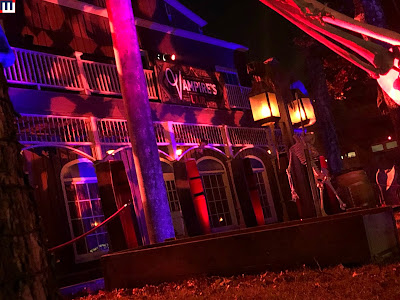 The final "zoo exhibit" is themed to vampires 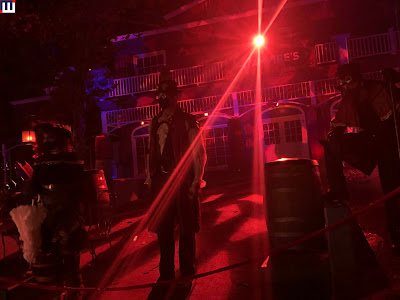 To be more specific, wild west vampires.  Yeah, I was confused too 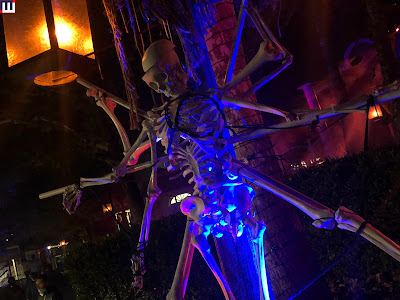 Some neat skeleton artwork around the Vampire area 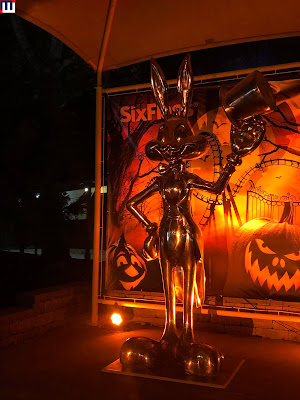 I'm not sure why the golden Bugs is out, but it is at the entrance to Loony Tunes National Park 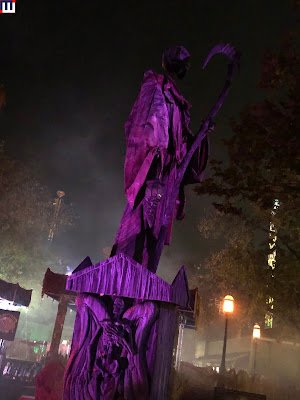 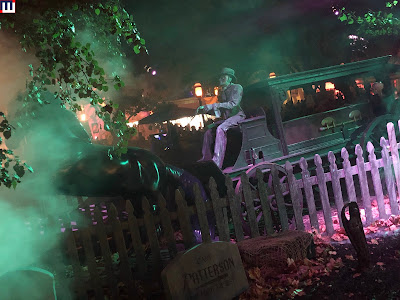 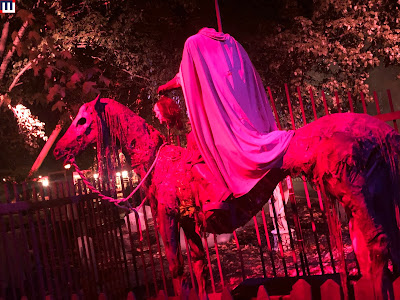 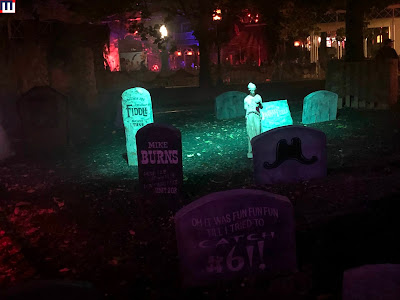 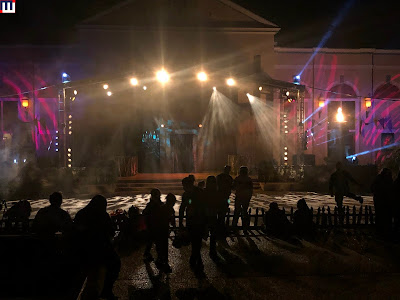 Just a reminder that the two shows go on all day.  If you miss one earlier in the day, you have plenty of chances to catch it later in the day 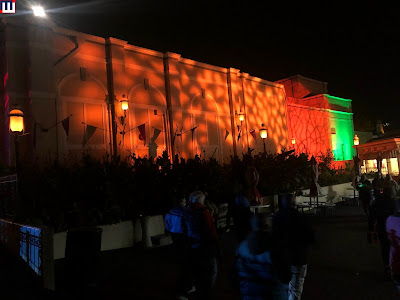 As I stated earlier, the theatre-style lighting up in the front of the park is excellent 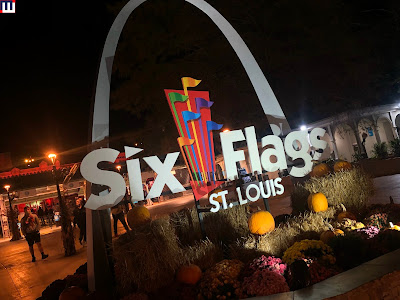