It's that time of the year, when the park releases where things will be for the upcoming season.  Welcome to the 2019 edition of the "City Shuffle" 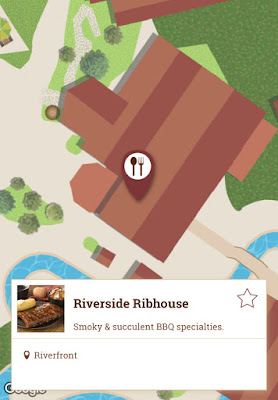 The biggest move is Ribhouse.  Since the old site has been bulldozed and the new site won't be ready until 2020, Riverside Ribhouse will be spending a season in the Carousel Barn.  Think of it as a year-long "House of BBQ” (like at Bluegrass & BBQ Fest) 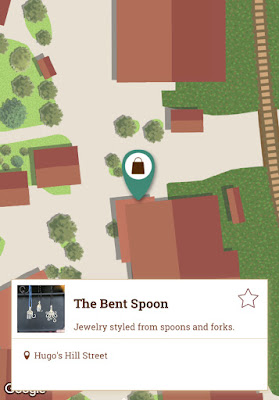 The Bent Spoon is moving to one of the "crafter shacks" which will be stationed outside of Tin Type Photos.  This might actually prove to be a better location as it was formerly on White River Mercantile's porch (which is now "back stage") 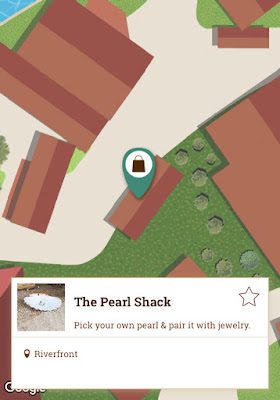 Since The Pearl Shack's former home was bulldozed, it needed a new one.  It will be going across the street from the Toy Store (where the Magic Box was during the 2018 season) 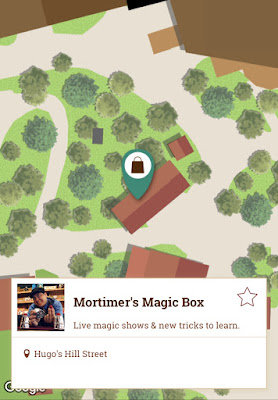 Speaking of the Magic Box, it has been moved back to shop at the entrance to the Opera House and Powder Keg.  Hopefully it gets a little more foot traffic than the last time it was there. 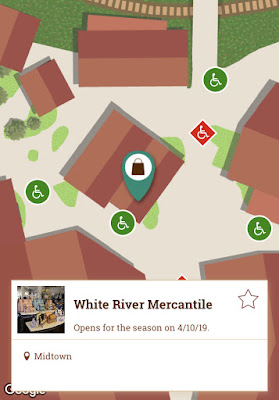 White River Mercantile has moved to Midtown where Cowboy Jepp's was last season.  Since this is the boutique area of the park, we figure it will do quite well here. 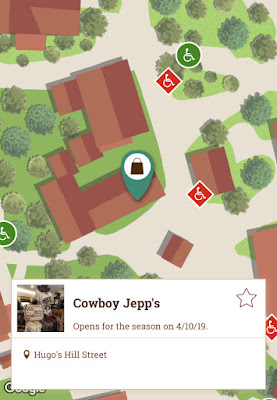 Speaking of Cowboy Jepp's it has moved to a shop of Hill Street.  We believe that this was the location of the "In His Hands" shop last season.

That's it for the shuffle right now.  We'll keep our eyes and ears open and if we hear anything else we'll be sure to update this list.