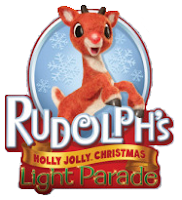 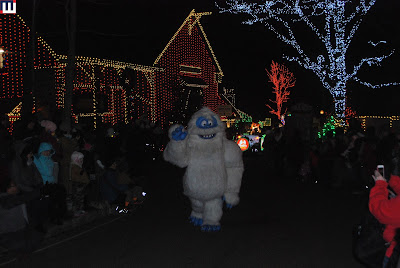 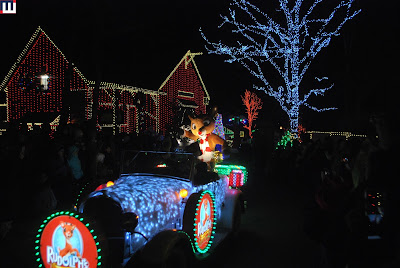 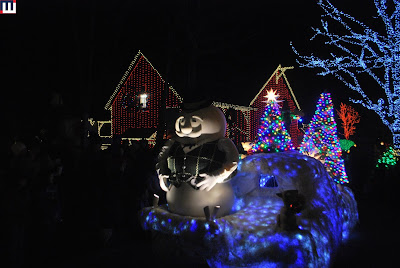 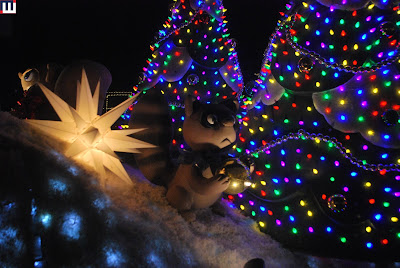 Some woodland creatures decoration the trees. 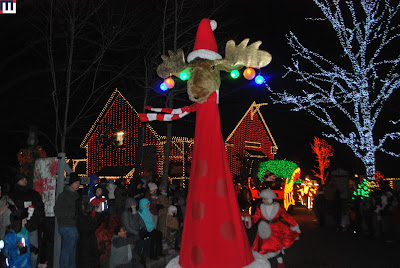 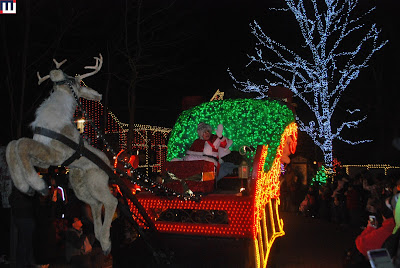 Looks like someone took Santa's sleigh for a joy ride. 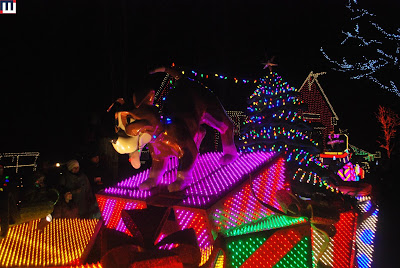 A happy puppy doesn't seem to realize he's knocking over the tree. 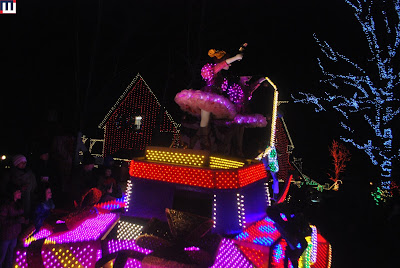 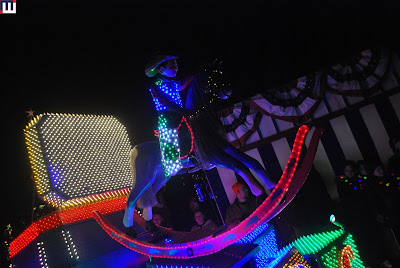 A cowboy on a rocking horse. 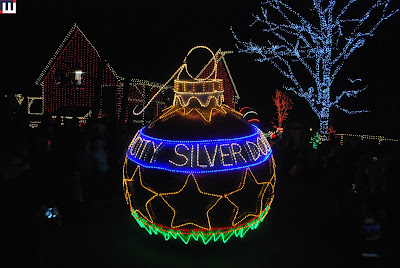 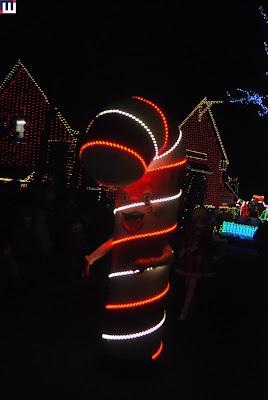 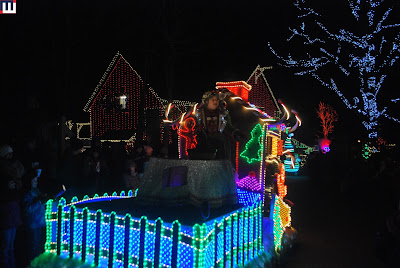 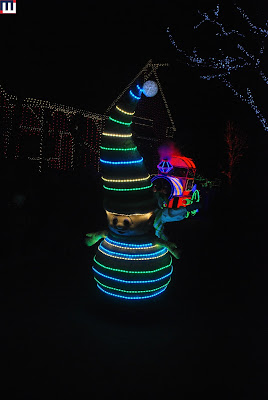 That's one big hat on that elf. 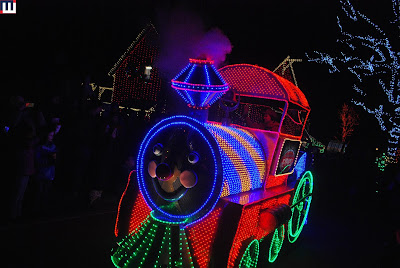 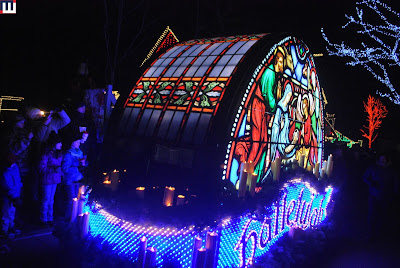 Even this parade doesn't forget the true meaning for the season.