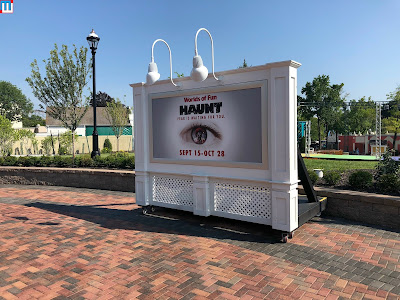 Like at the Oceans of Fun entrance, a new billboard advertising Haunt has appeared at the entrance to Worlds of Fun. 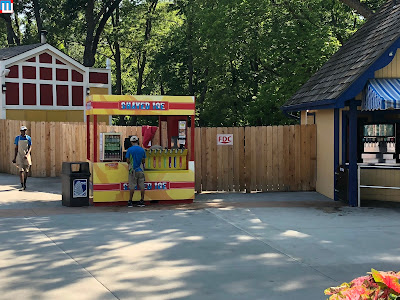 The booth has changed again in International Plaza.  Now it is a Shaved Ice stand. 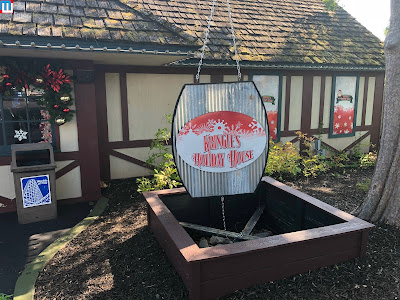 I don't think I have posted a photo of the new Kringle's Christmas House sign yet so here you go. 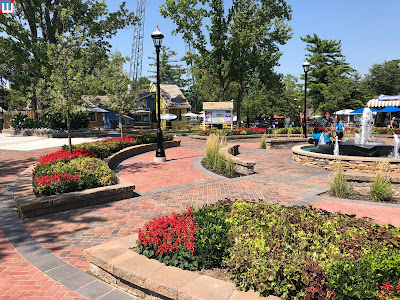 The plants continue to grow in at the Americana Star Fountain Plaza. 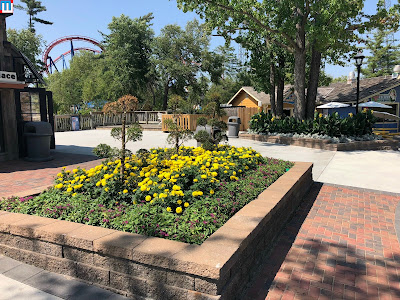 I seriously cannot remember the last time the landscaping at WOF looked as good as it does this season. 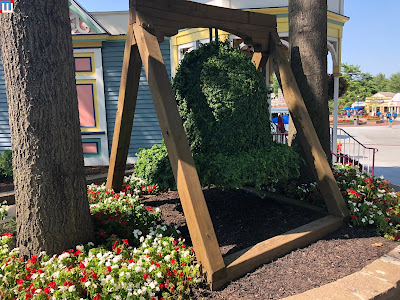 The Liberty Bell continues to grow and fill in. 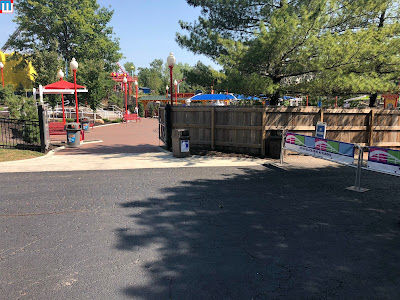 With Timber Wolf using the alternate exit pathway (instead of emptying into the old Bicentennial Square it empties behind Cyclone Sams) the park decided to open the backgate fence to the lower part of Planet Snoopy to help with guest flow.  I think it was a great move. 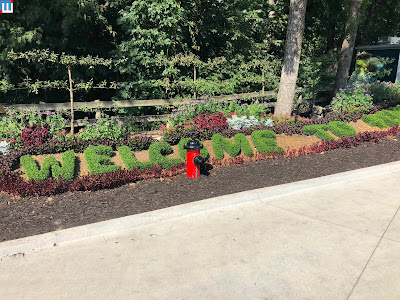 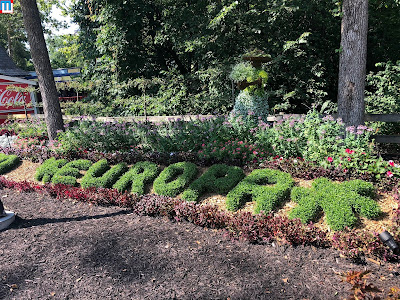 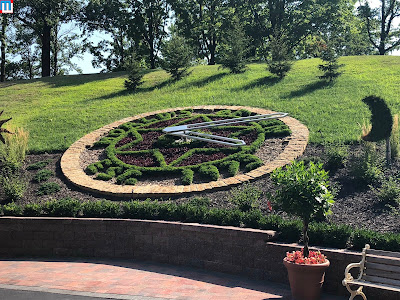 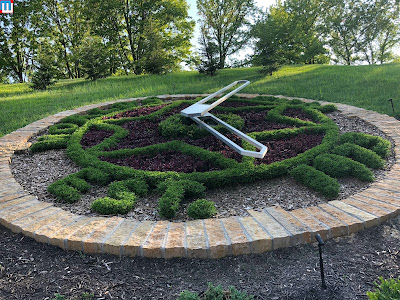 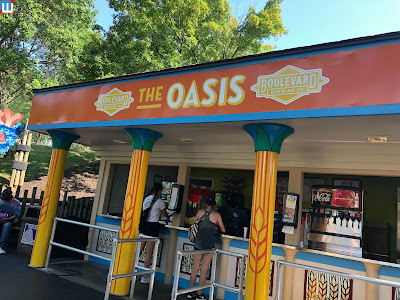 Mummy's Yummies has been transformed into The Oasis sponsored by Boulevard Brewery.  It does serve cold canned beer here, but it is not on the menu board yet. 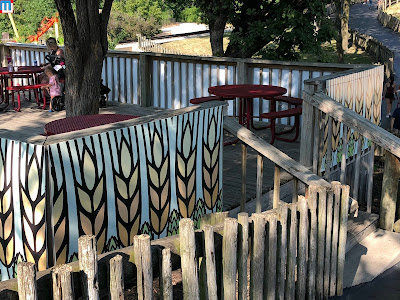 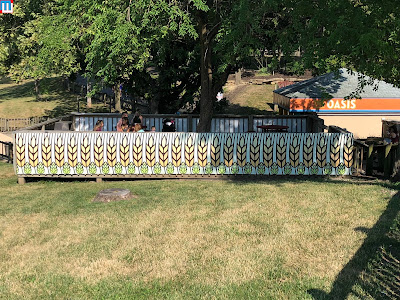 Wheat and Barley decorations run around the deck. 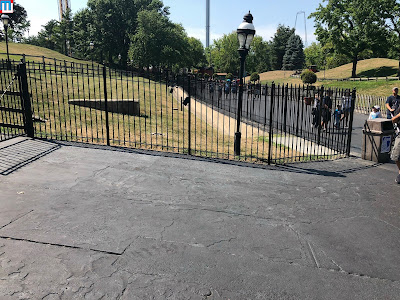 The park finally completed the look of rod iron fence around the unused Heart of America/Forum Amphitheater.  For some reason they did not originally install fence at this corner due to a vending machine being located there. 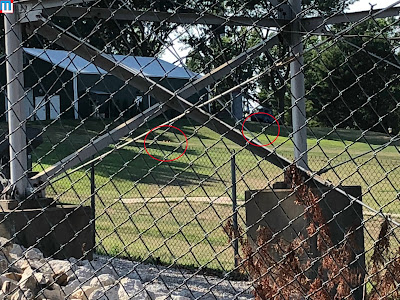 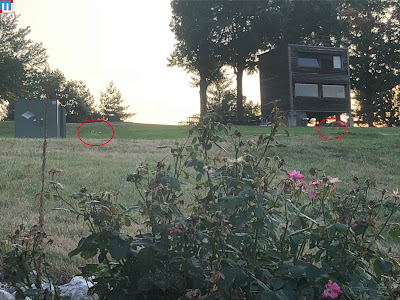 They are in small clusters running the length of the hill.  We imagine that they are just for utility upgrades but we can always hope that they are for something more. 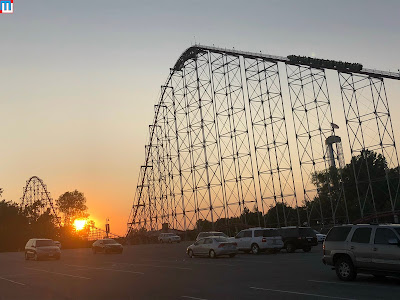 Beautiful sunset tonight at the park.