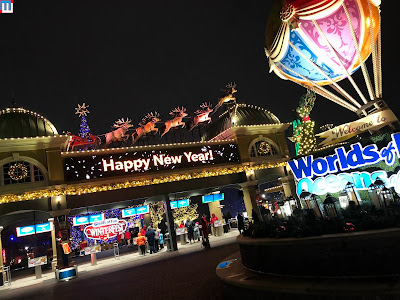 Welcome to New Year's Eve at Winterfest at Worlds of Fun. 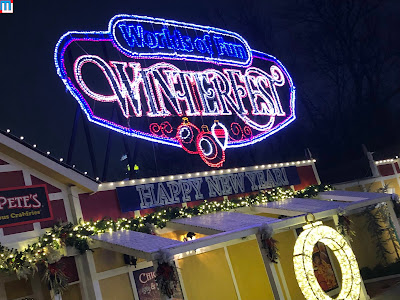 The park put up a few additional decorations around International Plaza for the event. 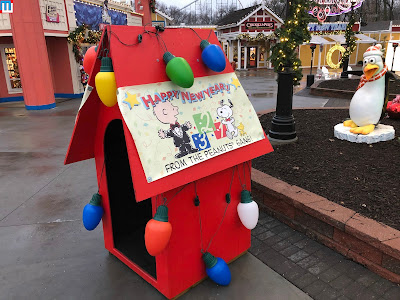 Even Snoopy's Dog House was ready for the party. 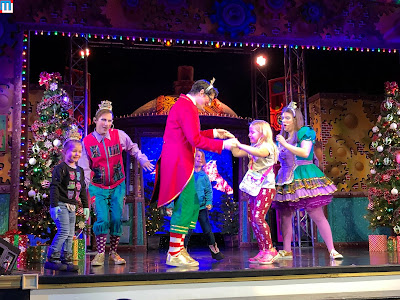 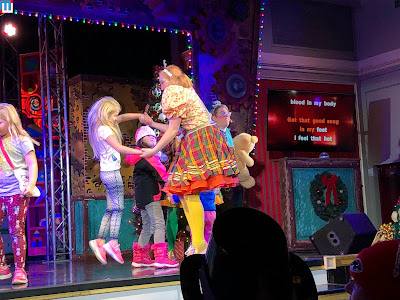 The show was sort of a karaoke dance party for the kids with the characters from the Tinker's Toy Shop show. 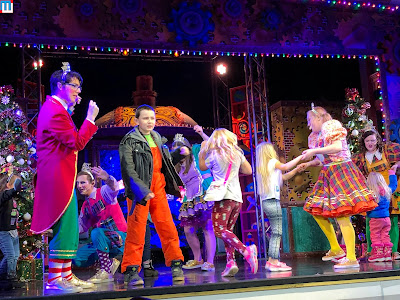 It seemed to be a hit with the younger audience. 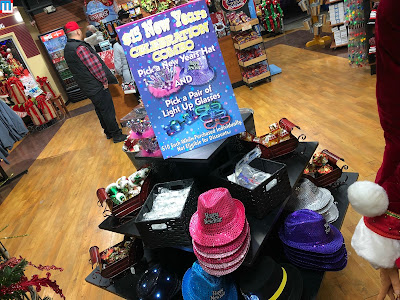 The park had some specialty items for sale to help bring in the New Year. 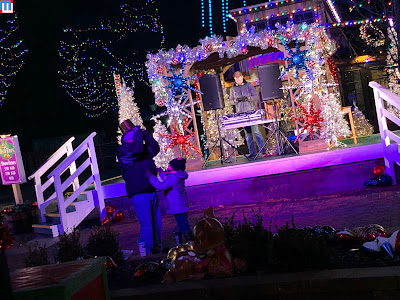 The dance parties started at 9pm around the park.  In Tinsel Town (Americana Star Fountain Plaza) the Tennanbaum's Retro New Year's Eve Party was being held. 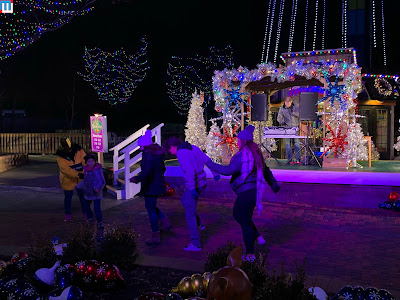 Every time I ventured through the area, this particular party was very lightly populated.  I think the cold and the openness of the area (it was pretty windy) probably made people move on to different locations. 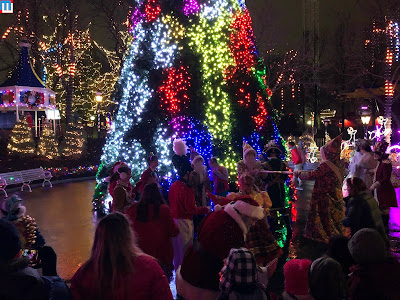 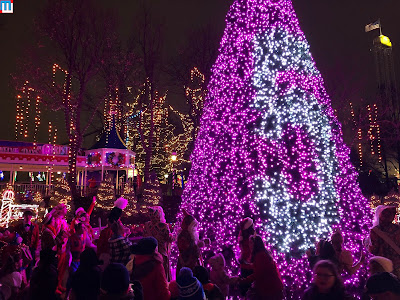 They helped the younger audience members ring in the New Year 2 hours early so they could go on home and get to bed at a decent time. 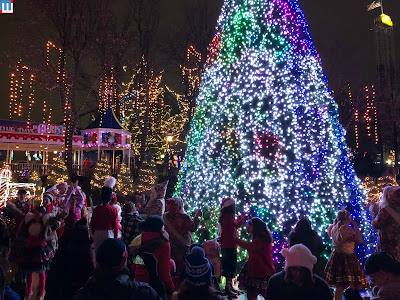 So, Happy 10 o'clock everyone! 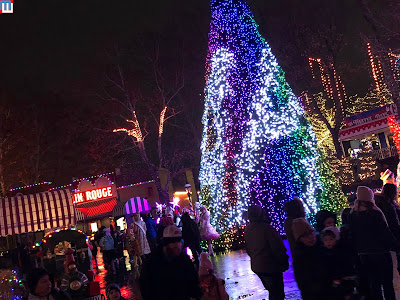 It actually seemed to be pretty popular with the parents as they had their kids convinced it was New Years now and they could leave. 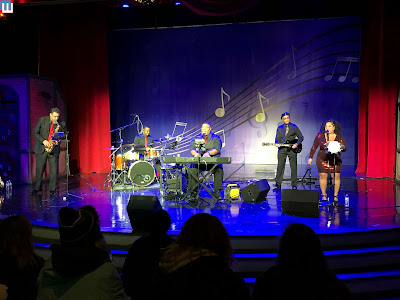 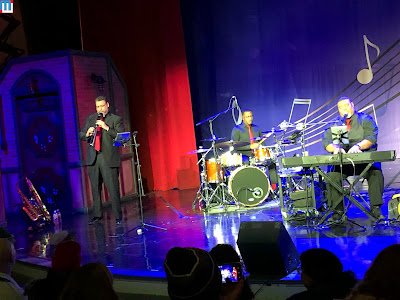 It was honestly nice to be able to get out of the cold and listen to a pretty talented group. 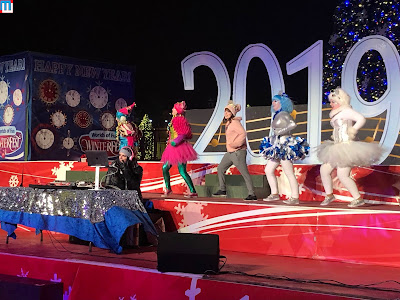 At 11:30pm, it was time to move outside to Snoopy's Rockin' New Year's Eve Countdown Party at the International Plaza Stage.  A local KC DJ spun tunes as the characters kept the crowd entertained. 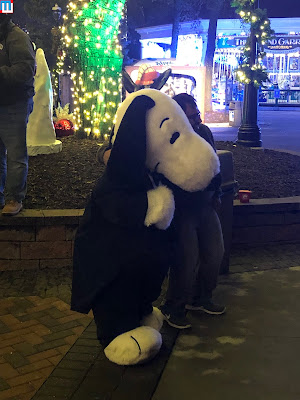 Snoopy was all dressed up in his tuxedo for the occasion. 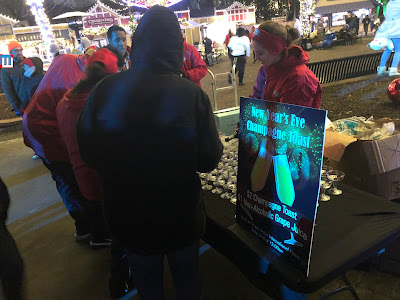 The park offered Champagne Toasts for purchase for the special occasion. 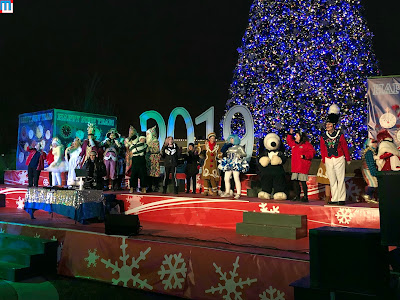 Towards the end of the party, all of the characters came on stage to dance together one last time. 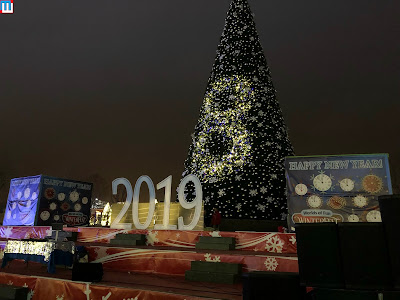 Before we knew it, it was time for the count down to start. 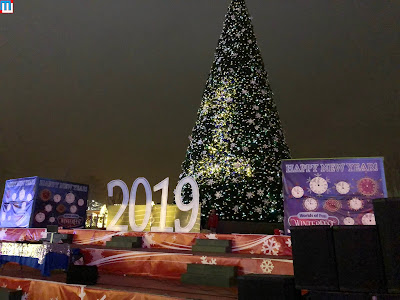 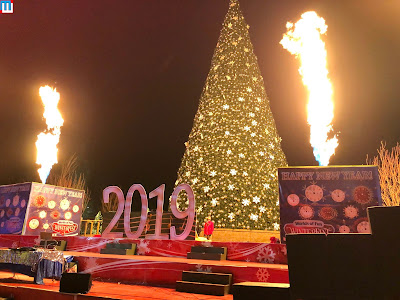 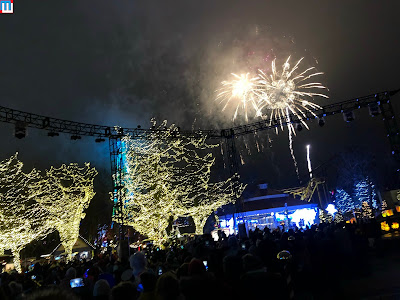 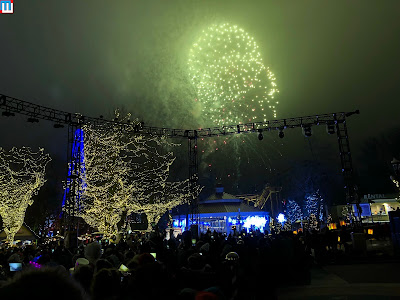 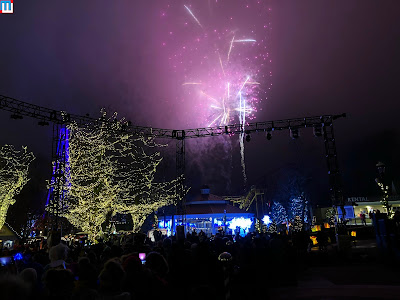 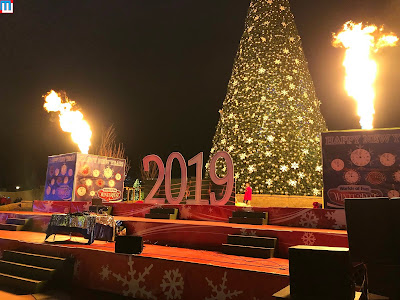 Thanks for a great evening - and for a great season, Worlds of Fun.
We'll see you soon for the start of the 2019 season.
Labels: 2018 Trip Reports, WOF - New Years Eve, Worlds of Fun
Newer Post Older Post Home