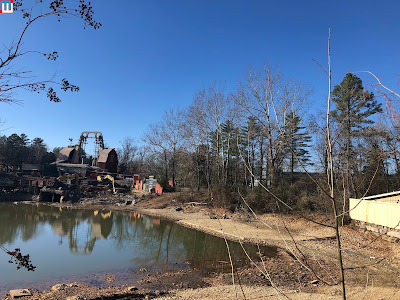 So there seems to be some activity happening at Lost River. 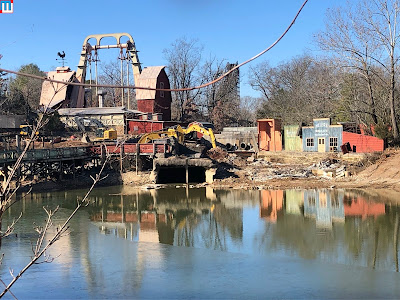 All right.  That's an understatement.  Most of the load building for Lost River is now demolished.  You couldn't see the queue area of the Giant Barn Swing before from this vantage point. 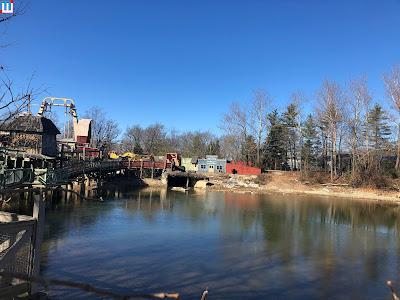 The "buildings" that you can see are actually the fence that separated Lost River from the train tracks.  Again, you could never see the Giant Barn Swing before from this vantage point 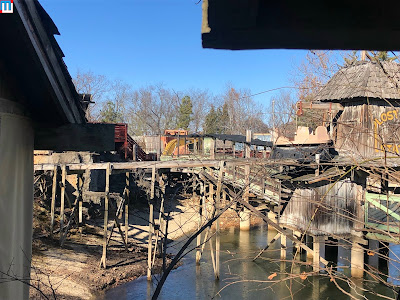 There used to be a large building at the end of that boardwalk.  Now there is nothing. 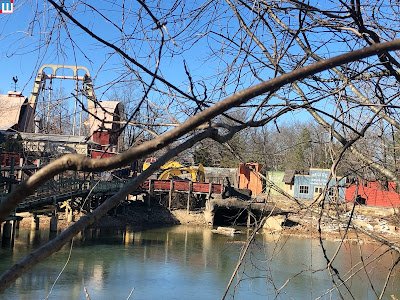 The cave you see there is left over from the old Diving Bell ride that used the building that was converted into the load station for Lost River. 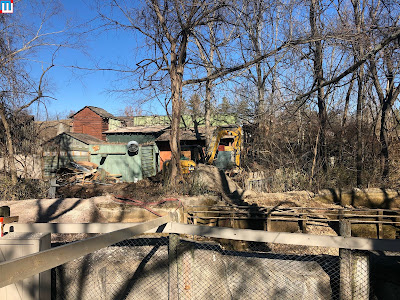 I don't think this part of the facade will be around much longer. 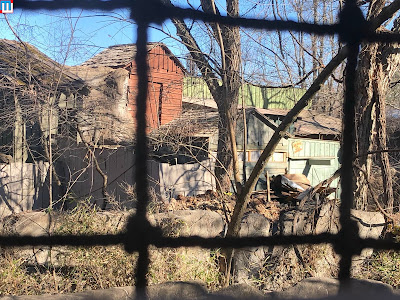 You can see that they are already prepping it to come down too. 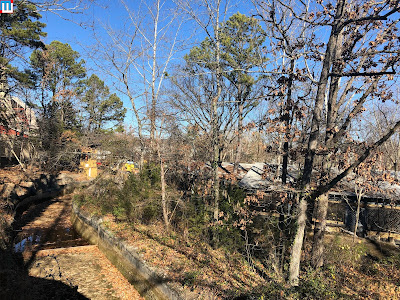 This part of the canal has been relatively untouched so far. 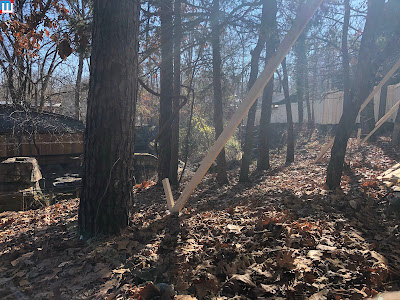 How much longer will this section last?  Will the trees survive or will they go too? 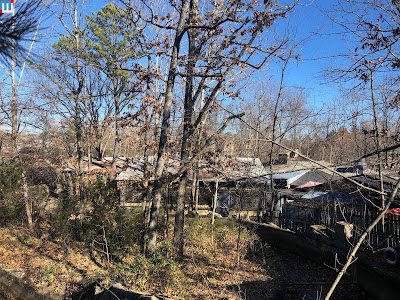 Here you can see how the Lost River used to curl around the Ribhouse.  All of this is on borrowed time.  The Ribhouse is slated to be removed as well. 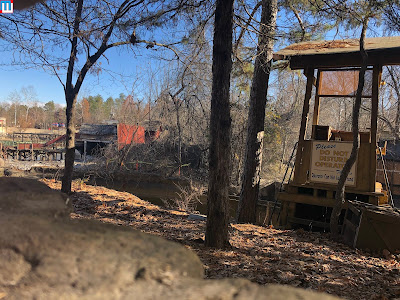 There will be no more yelling at riders to get their feet down from this booth. 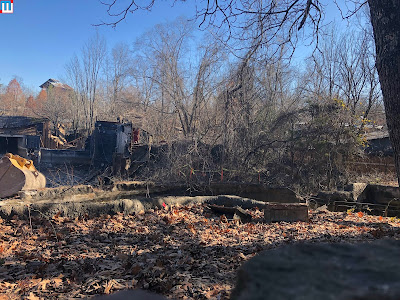 Here you can see where the queue area used to be.  You can also see the backside of the remaining facades that you saw in some of the earlier pictures. 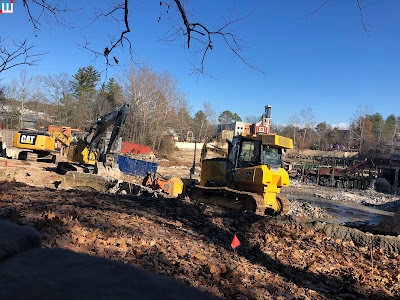 Time for the really shocking photos.  This earthmover is roughly where the old lift on the Lost River was located. 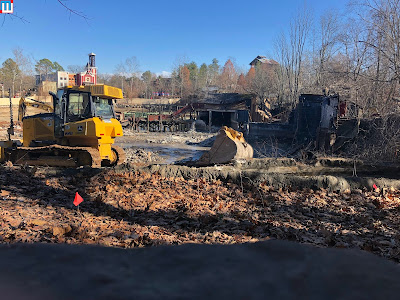 Here you can see what is left of the Lost River building.  If we have nice enough weather it could be completely gone by next weekend. 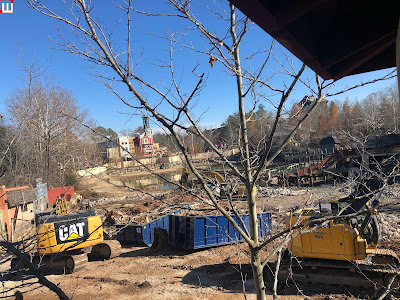 No more memories being repeated here. 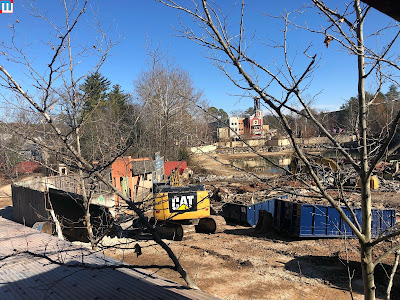 One last photo of the destruction of Lost River.  I think it's safe to say that this will be a completely new ride and not just a mere renovation when it "reopens" in 2020.