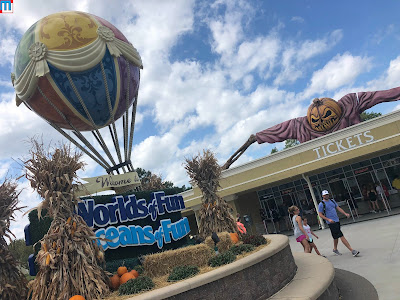 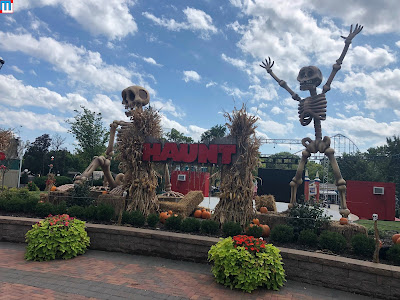 This is truly the "most wonderful time of the year" at the park and honestly, I think HAUNT is when Worlds of Fun really shows its dominance in the amusement industry 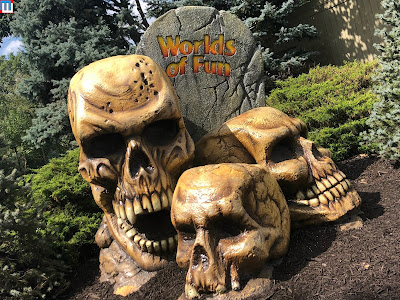 A lot of attention has been put on the decorations in International Plaza this year with several large photo ops placed around the area. 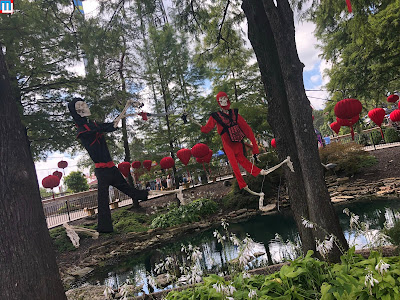 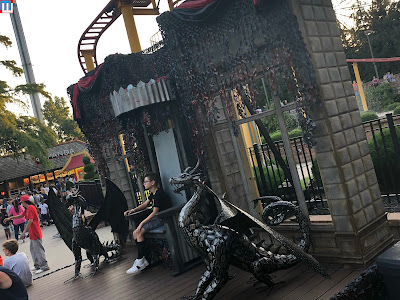 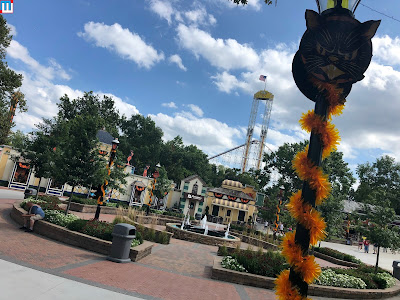 Star Fountain Plaza is a lot less crowded with decorations this year and that's fine with us.  The simple lights and garland on the poles mirror what they do in the area for Winterfest 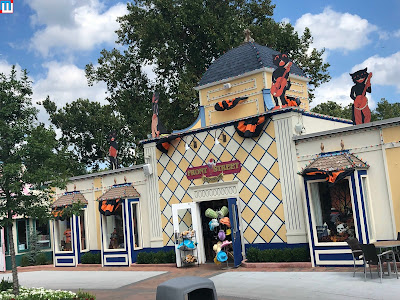 It honestly feels like this area is the "retro decoration" area of the park.  We really like the cat decorations on the Front Street Emporium shop this year. 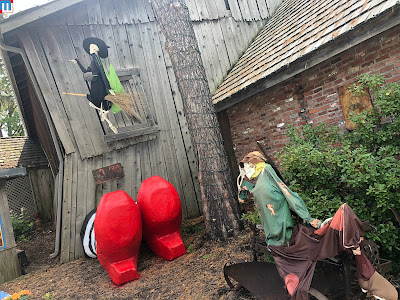 The Wizard of Oz tradition continues at Cyclone Sams. 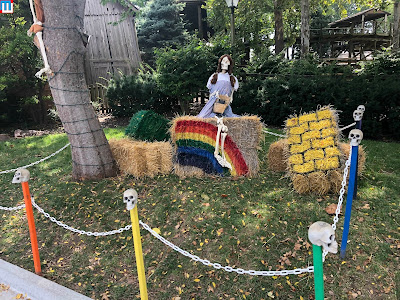 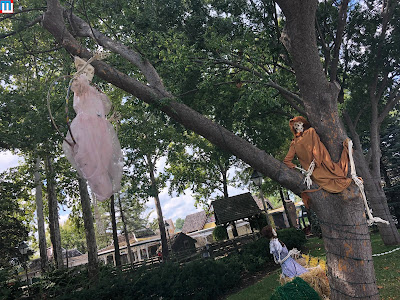 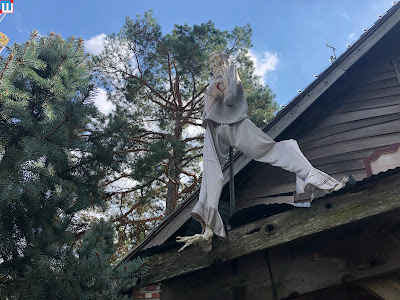 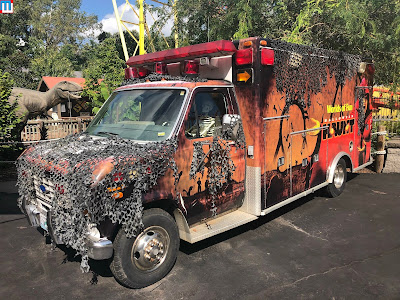 The ambulance is stationed by Boomerang this year.  Weird to think that we are now 2 seasons removed from having a medical themed maze. 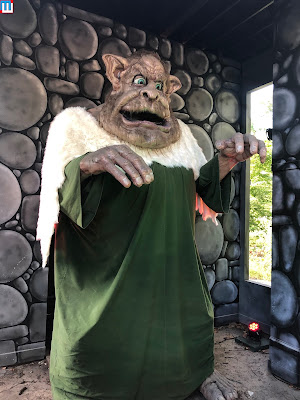 Troll Crossing returns in Europa.  The kids love this thing.  They will yell at him until they "wake him up" 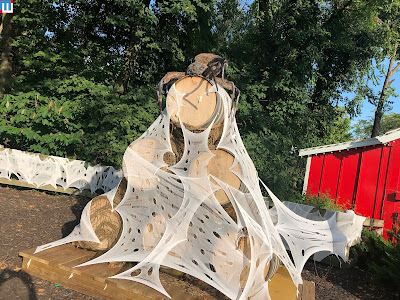 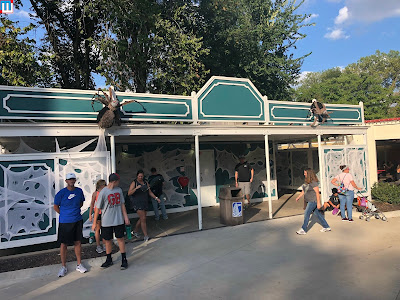 The Spiders have taken over the Europa restrooms too 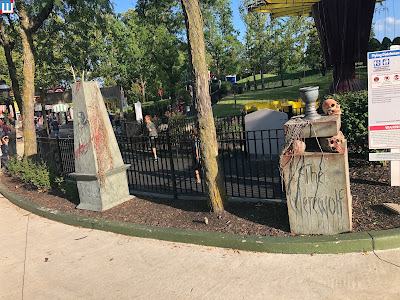 The themed tombstones have appeared in Europa this season 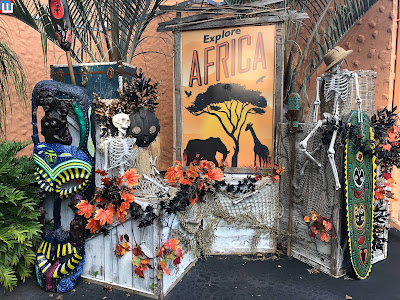 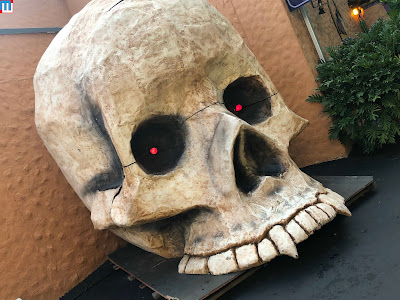 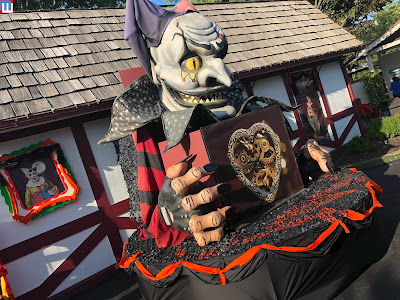 Jack has found a new home in Scandinavia 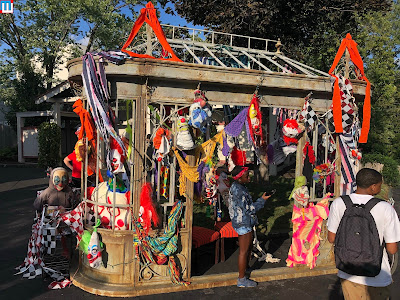 While not officially a scare zone this year, this area is basically the new CarnEvil 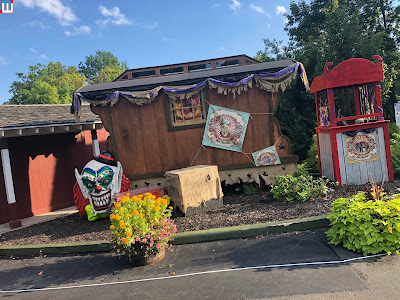 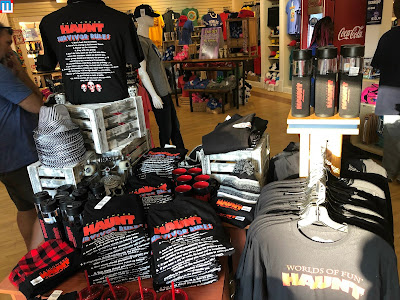 Time to take a look at the souvenir offerings for this year. 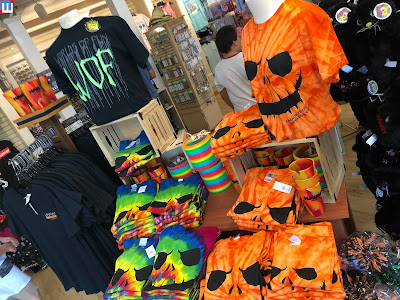 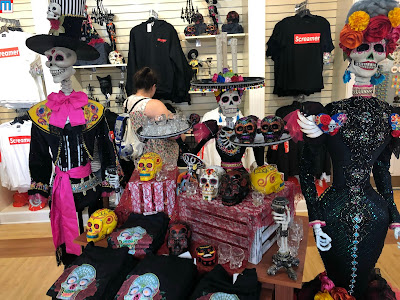 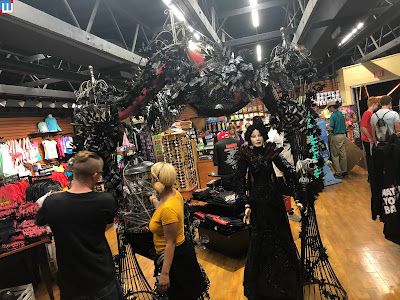 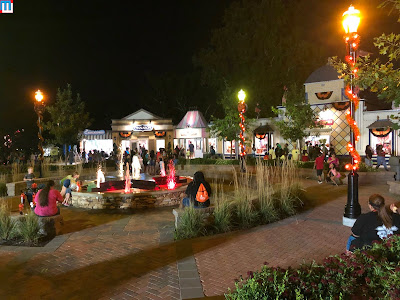 One really neat thing I saw this season was that the Star Fountain Plaza was really busy with families just hanging out while other members of their parties were visiting mazes. 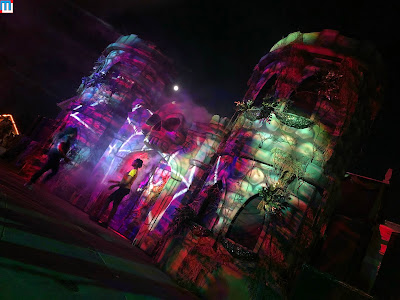 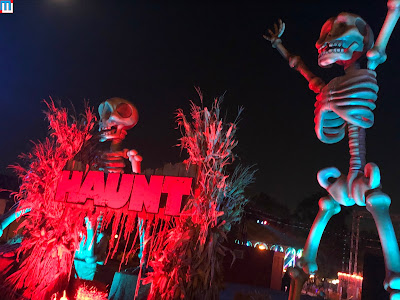 We're just getting started on our coverage of HAUNT 2019.
Be sure to click on the links below for even more coverage of this amazing event