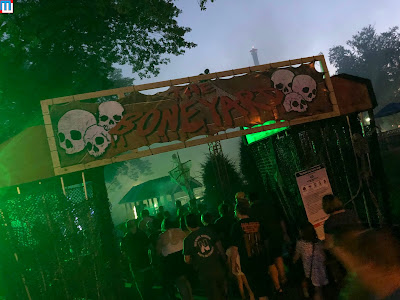 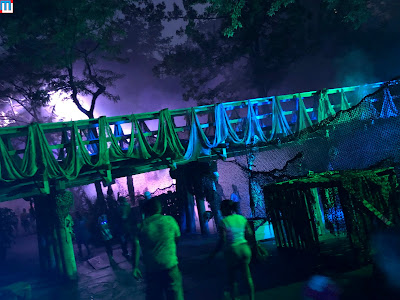 This year there is dedicated entrances for the area and you cannot cut into it by Zulu like you used to be able to.  You must go all the way up Scrambler to enter 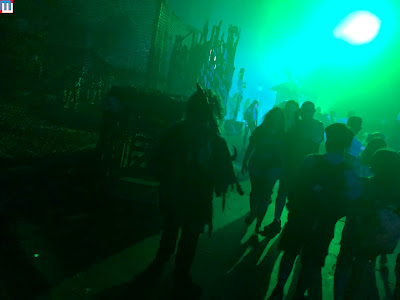 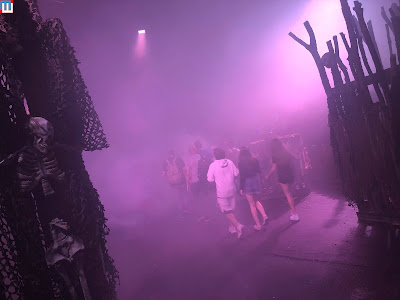 Definitely a step up from last season 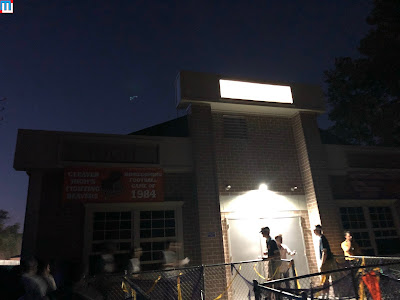 ZOMBIE HIGH (maze)
This season's version of Zombie High is probably the best it has ever been.  I actually got a few jumps scares in it.  The talent was really into their roles and it was just awesome.  Usually one of the weaker mazes, it might have been in the top 3 this year. 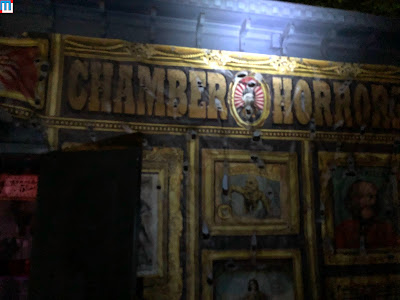 CHAMBER of HORRORS: CONDEMNED (maze)
I have never really been a fan of this maze in any of its forms.  Last year they added the new wrinkle of it being condemned so the lights were turned off and you were given a flash light to navigate the maze.  The problem is, the only thing the maze had going for it was its props.  Well now you can barely see anything so the screamsters have to rely on you catching one by chance with your flash light.  If this maze was to go after this season, we wouldn't miss it too much. 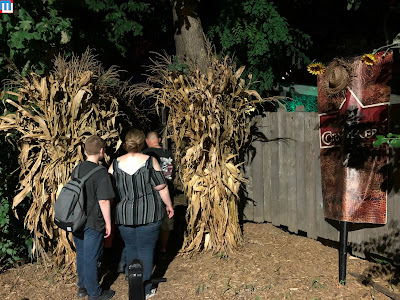 CORNSTALKERS: Murder in the Maize (maze)
They added a new wrinkle to Cornstalkers this year and it took an already solid maze up another level.  The wrinkle is the addition of crows to the maze.  Already scary creatures in real life, these screamsters clad in black can literally melt into the background making them impossible to see until it is too late.  Also look out for King Crow.  He's holding court in the maize.  Definitely our favorite maze of the night. 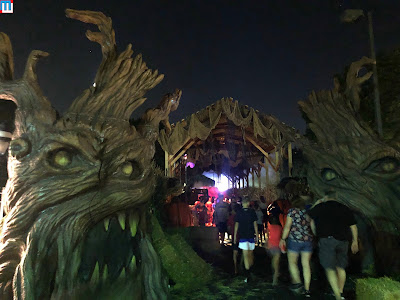 PETER PETER PUMPKIN EATER (scarezone)
The newest scarezone is probably the best one that has ever been on Forum Road. 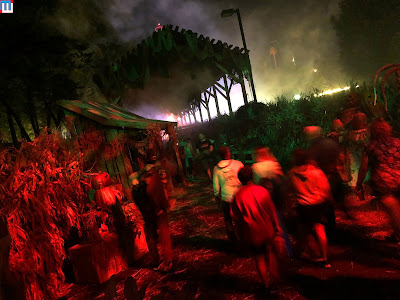 While not overly scary for us, we did some screamsters get some "floors" (where the victim falls completely to the ground in fear) so we can attest that it was effective on certain members of the public. 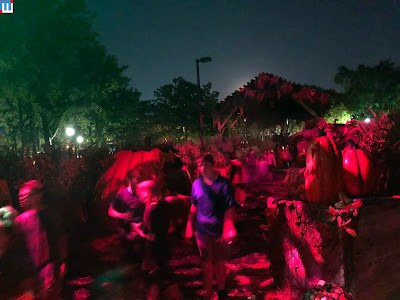 The visuals of the scarezone were great.  The use of the corn to block out the rest of the park on both sides of the pathway really helped 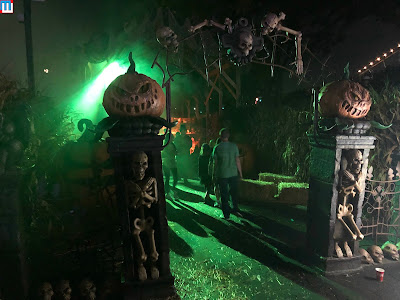 We would rank Peter Peter as probably the 2nd best scarezone in the park, just behind Bone Yard 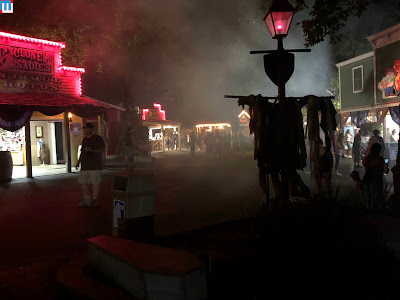 OUTLAW'S REVENGE (scarezone)
This scarezone still suffers from too much lighting and way too open of an area.  This is the one scarezone that makes use of slider screamsters.  The sparks created by their knee pads and gloves make some cool visuals. 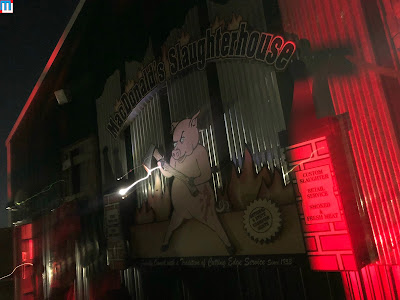 BLOOD SHED (maze)
Blood Shed received some upgrades this season.  The big pig is actually earlier in the maze and I noticed some completely new scenes.  I had a good time in here.  The girl who was playing with the feathers was hilarious and the screamster in the meat locker cooler got me good.  I wouldn't classify it as one of the top mazes, but I always have fun in Blood Shed. 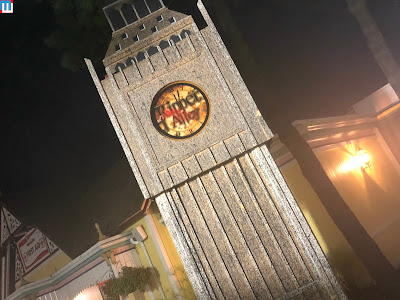 RIPPER ALLEY (maze)
I will have to admit that I have never understood this maze.  Nothing about it has ever stood out as being scary to me.  With that being said, it probably has the most guest interaction out of any of the mazes. 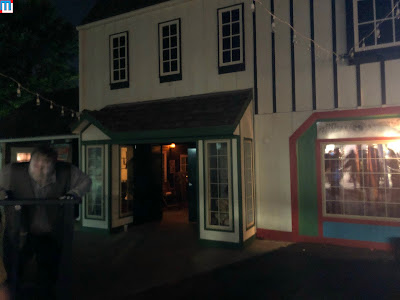 This is just a completely different type of maze than the others at HAUNT.  From what I understand the whole point is that screamsters have a part and you as a guest are now part of the story.  Go ahead and chat it up with them while going through.  You'll have a lot more fun - I know I did this year.  The ones in the back alley trying to sell you a woman for the night were hilarious. 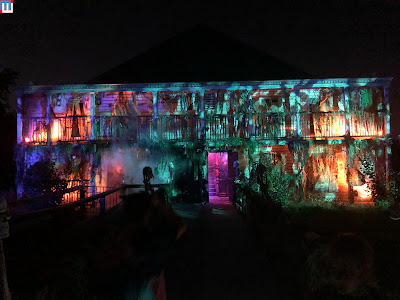 BLOOD ON THE BAYOU (maze)
This is my personal favorite indoor maze.  There is so much eye candy in here.  Seriously take time to look at how detailed each of the scenes are in here.  I find something new each time.  The screamsters will scare you, but they'll also give you time to check things out.  I just love this house and honestly would go through it several times if I could (and didn't have to stand in line).  Watch out for the crocs.  They grow them big in here. 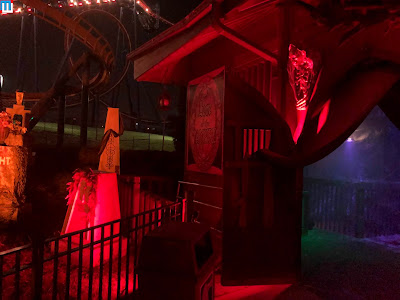 LORE of the VAMPIRE (maze)
The oldest maze at HAUNT is still alive and kicking.  They moved the sign this year so that you can see it (as seen in the photo).  I noticed a few new set pieces in the upper level and the lower level felt like it had been reworked.  Loved the screamster downstairs wanting to play "Drink Drink Kill" - she was fun to interact with.  Also happy to report there were a lot fewer "hissing" screamsters this year.  I never found them to be scary in the past. 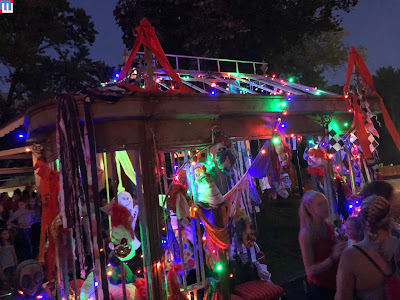 CARNEVIL (scarezone)
While not an official scarezone this year, we're still calling this area in Scandinavia CarnEvil as there are several screamster clowns stationed in this area. 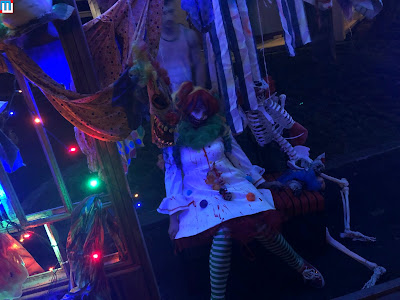 The four screamsters were a lot of fun to interact with.  I honestly think that it is more fun for them if you talk to them "in character" as it gives them something to do. 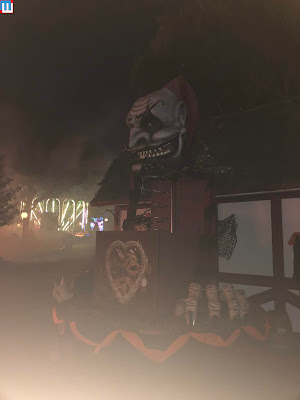 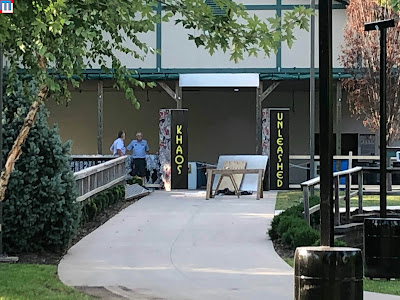 KHAOS: UNLEASHED (maze)
This maze has moved from Oceans of Fun to the Festahaus catering building behind Grand Carrousel.  Unfortunately it was not ready for Opening Night of HAUNT but should be open next weekend.  We'll make a return trip later in the HAUNT season to check it out as we are dying to know how different it is from last year.