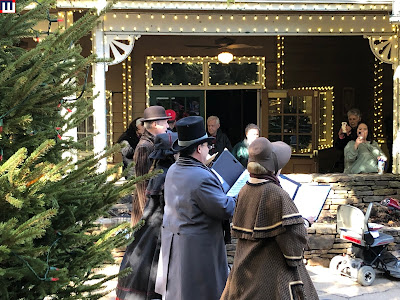 Christmas brings out the best in entertainment at the 'City.
This group of strolling carolers perform all over the park. 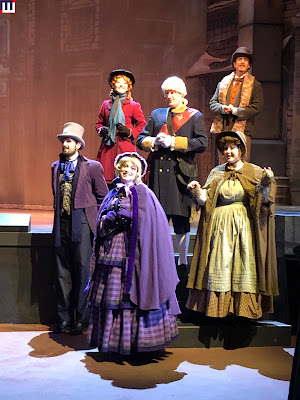 Dicken's Christmas Carol is back at the Opera House 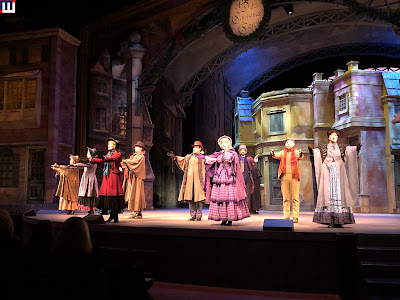 While there is a lot that is familiar about the show, you'll quickly notice that it now features a completely different musical score. 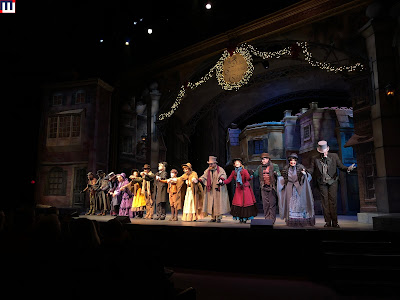 Still an enjoyable show, it will just take some time to get used to the new music. 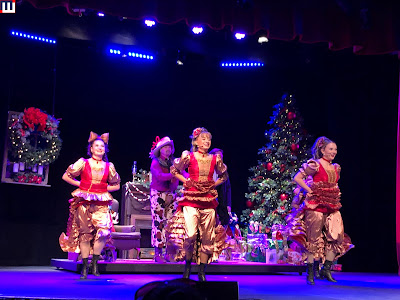 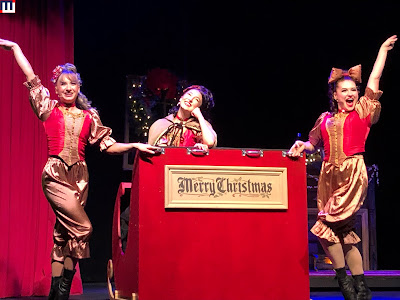 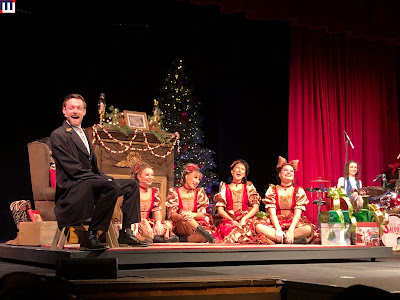 The show starts off in pure Saloon show tradition... 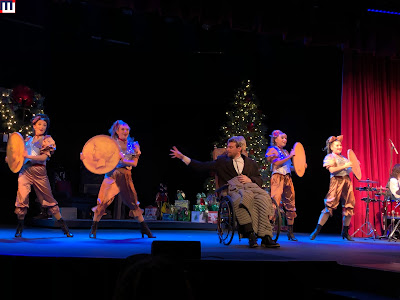 but quickly turns to spoofing all of the other shows at the park (current and past).
It is really hilarious and definitely a must see. 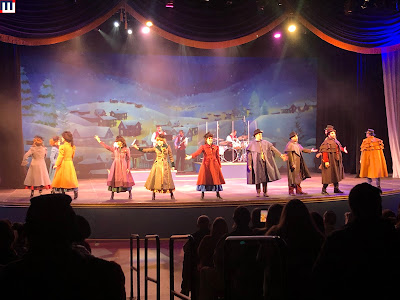 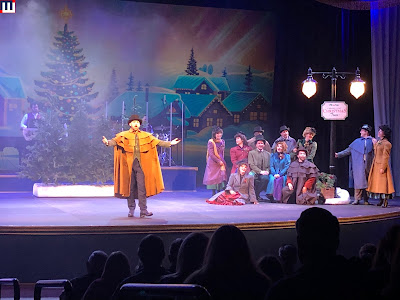 While not a Broadway-style show like the show it replaced, it features a talented cast and concert of memorable Christmas chart toppers. 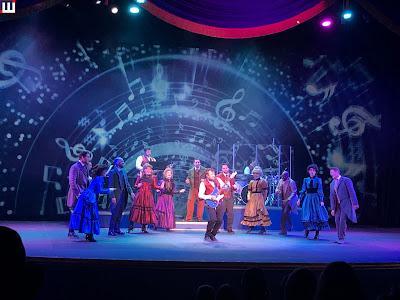 It was a great show.  One where you didn't have to focus on a plot.  You just were entertained by some really good music sung by talented performers. 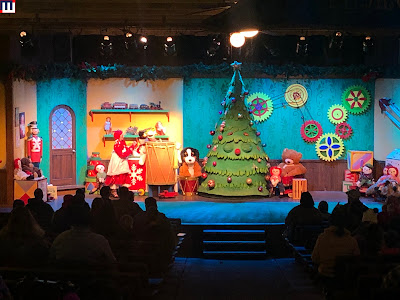 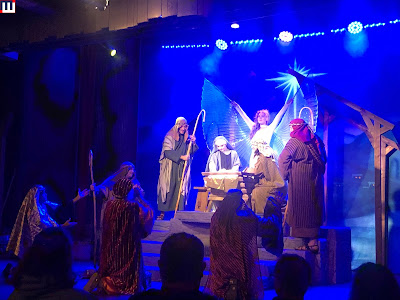 The Living Nativity is in Dockside Theatre again this year.
They are still doing the new format that was introduced last year.
We honestly miss the old musical version that was in the Riverfront Playhouse 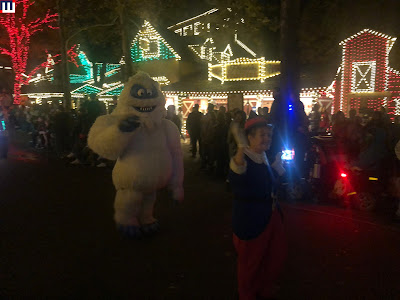 The Holly Jolly Parade returns for another season 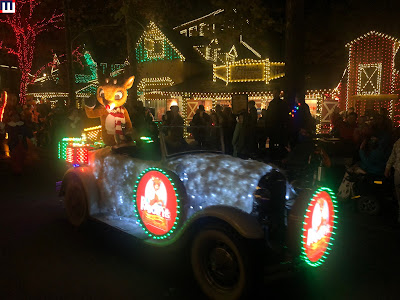 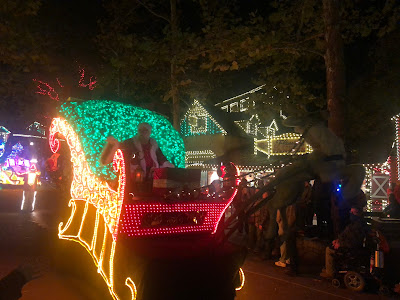 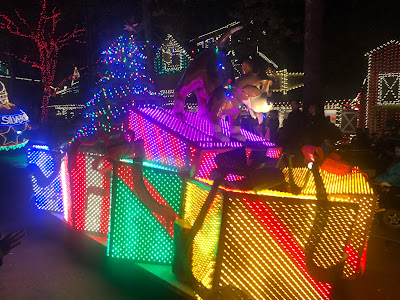 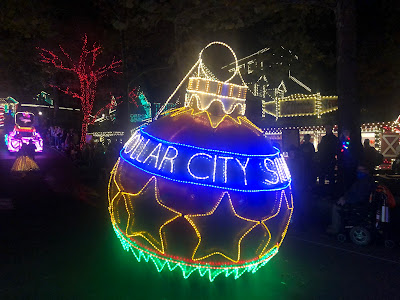 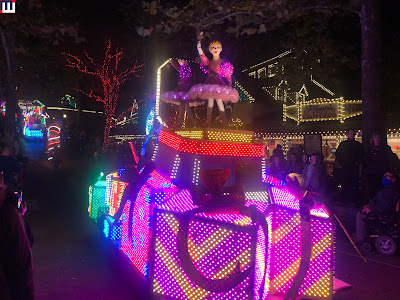 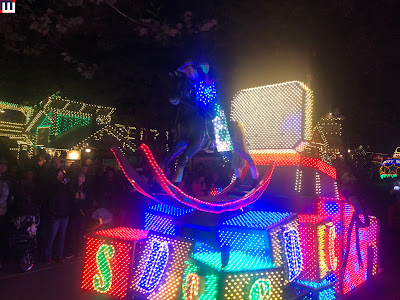 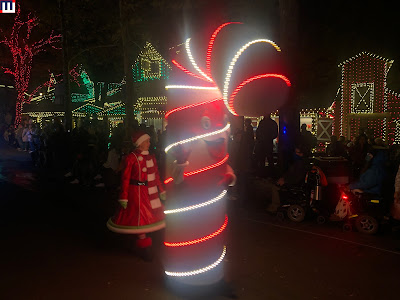 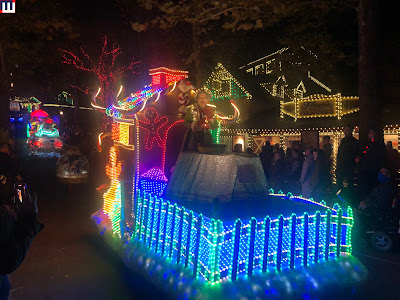 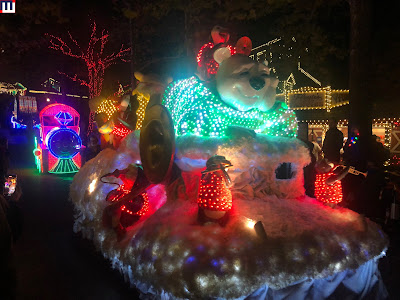 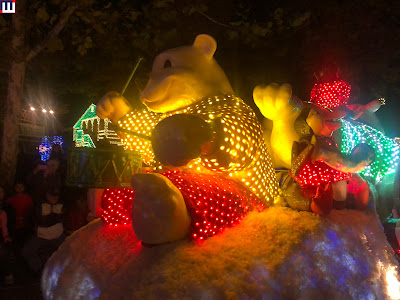 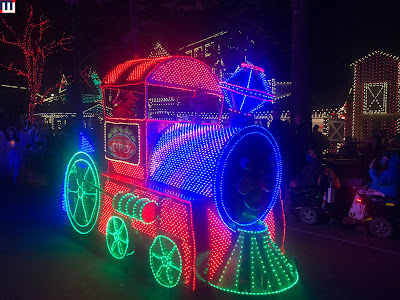 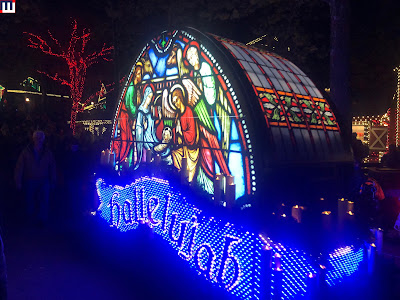