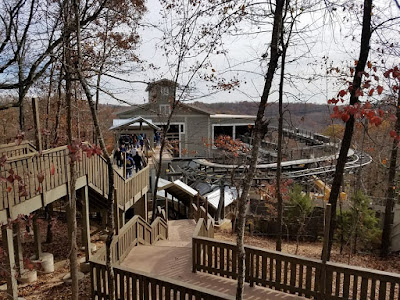 As part of the ACE Coaster Christmas event, attendees were offered a "behind the scenes tour" of the new Time Traveler station 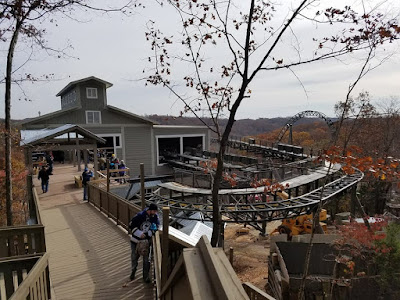 It appears that the evacuation cat-walk on the final approach to the station is now complete. 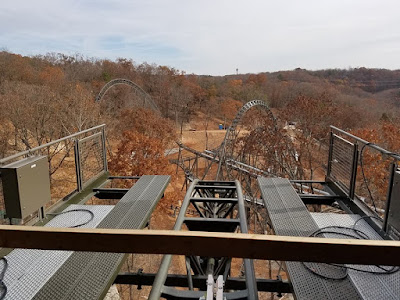 Last time we were in this station, we could actually stand out in a window box where this track is located.  Obviously that cool feature had to be removed. 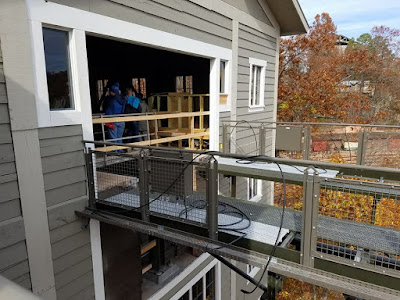 Here is the exit of the track from the station. 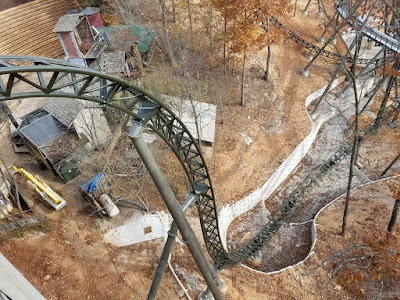 The first drop is still extremely impressive.  You can see that they have added several retaining walls since our last time out on this perch. 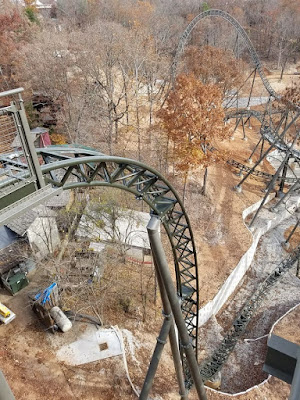 Another angle of the drop - this time you can see some of the rest of the track. 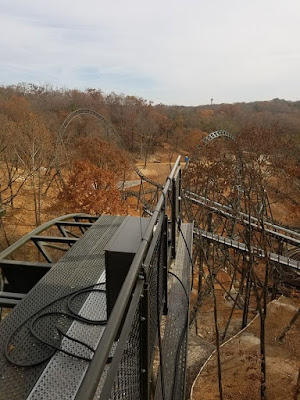 You can see most of the inversions of the ride in this shot. 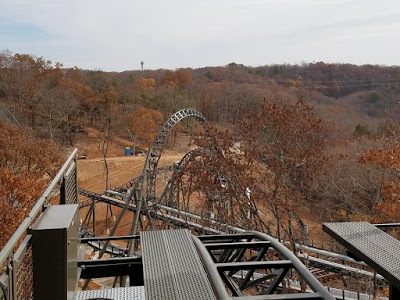 Another look at the interlocking inversions. 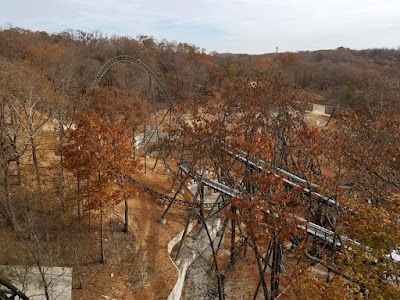 The two launch sections of the ride. 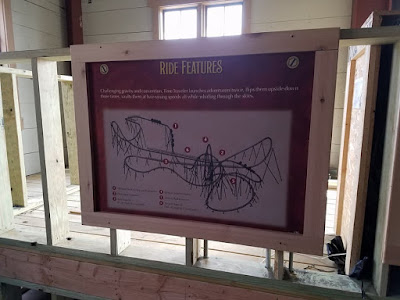 Just in case you forgot what the layout of the ride looked like. 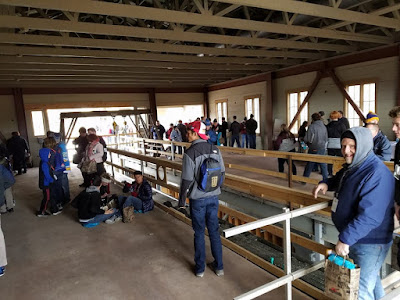 Attendees were able to walk over the track in the station. 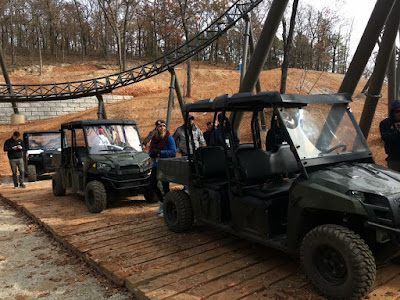 There was also an EXTREME "behind the scenes" tour which took attendees out under the track. 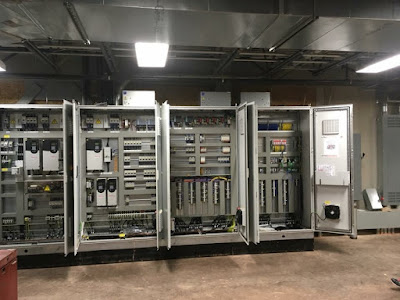 This is inside the power station which will provide the electricity to the two launches. 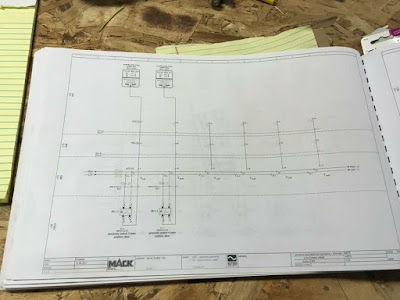 Some of the schematics laying out on one of the tables inside the power station. 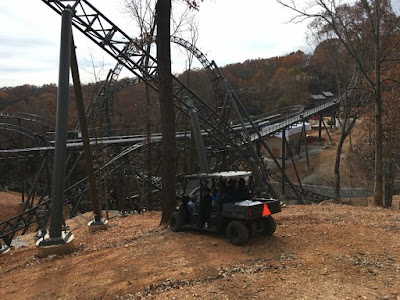 Speaking of the launch tracks - here they are. 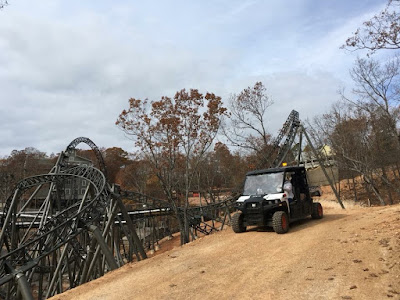 I think it is pretty cool how most of the layout is down in the valley. 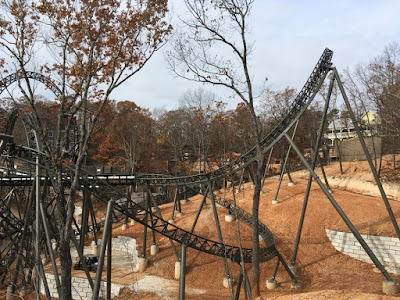 Overbanked curve and one of the launches 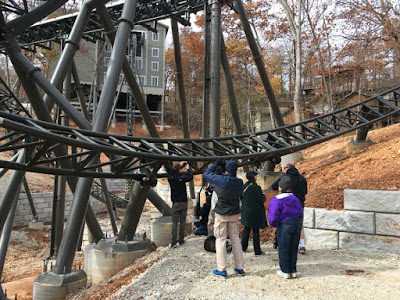 Attendees were able to get up close and personal with the track. 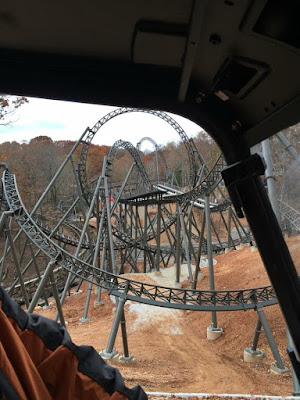