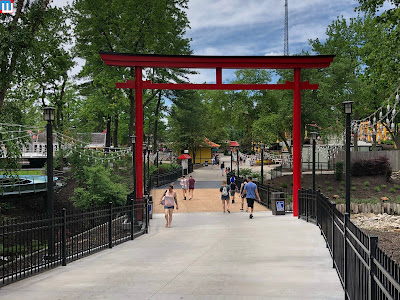 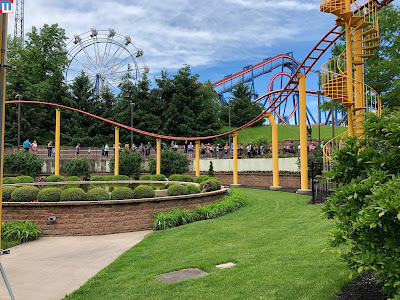 The new grass at Spinning Dragons looks great.  In the past, this area was just a bed of wood chips 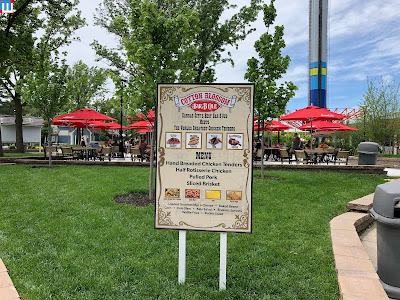 A new sign listing the offerings at Cotton Blossom BBQ 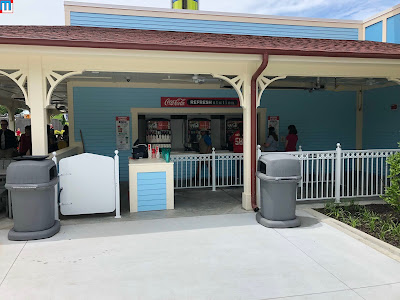 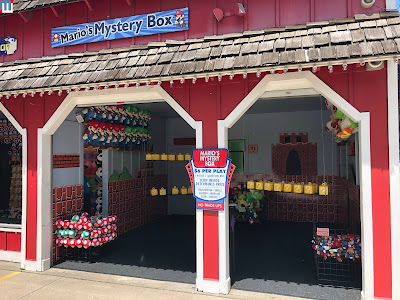 A new game - Mario's Mystery Box has opened near Detonator.  You pick a box and the number inside corresponds to a type of prize, which appear to all be Super Mario Bros themed. 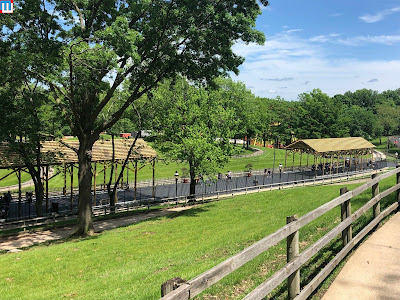 Forum Road is back open to foot traffic. 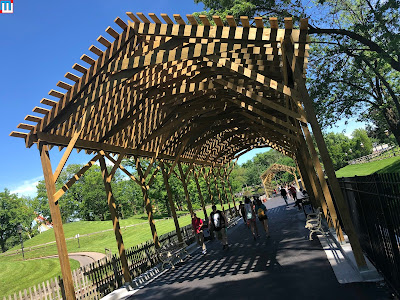 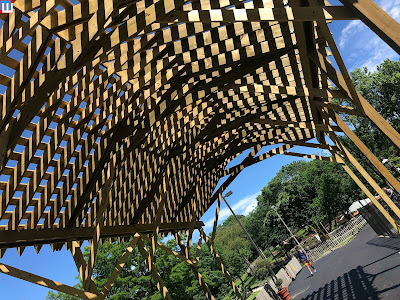 Maybe eventually they can get ivy to grow on it. 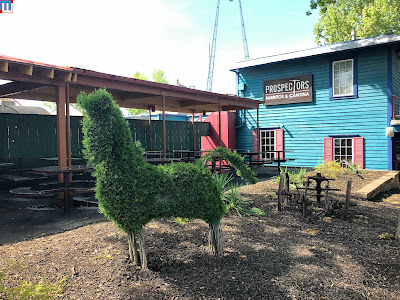 A new topiary has appeared near Prospectors.  It appears to be a burro 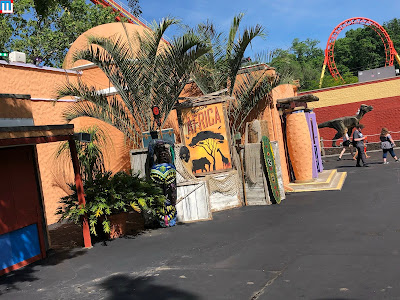 Some palms were added to the Africa sign near Moroccan Merchant 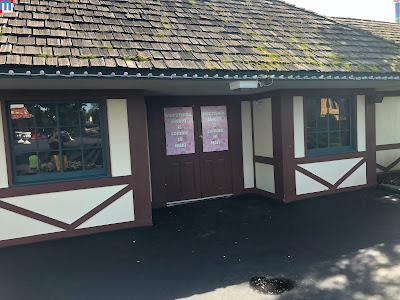 Scandi Candies is still not open, even though the signs advertised a May opening. 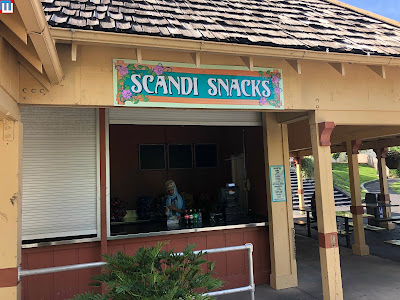 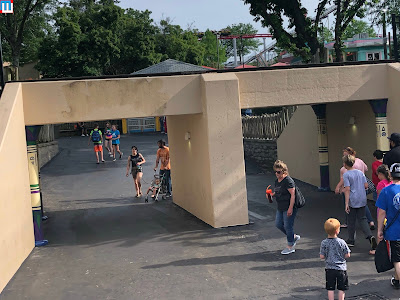 Something is missing here - the Fury sign has been removed from the train bridge near the Oasis. 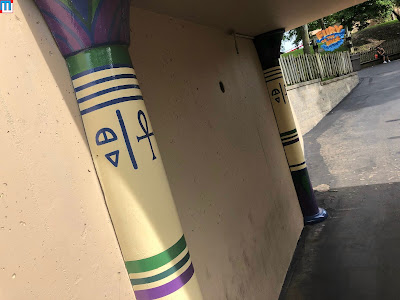 New Egyptian themed columns have appeared on this same bridge. 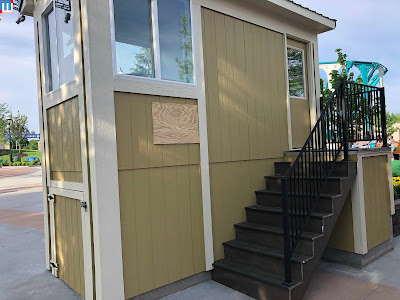 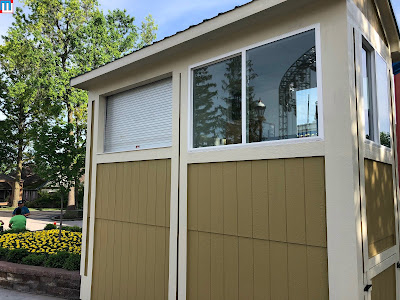 I'm sure this will help the production value of the shows presented here. 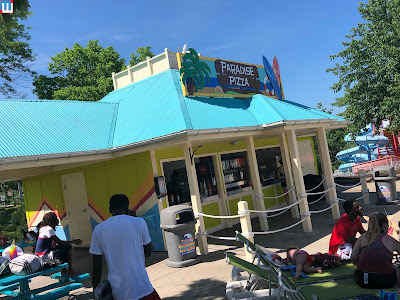 Finally, over in Oceans, the new Paradise Pizza has opened near the wave pool.