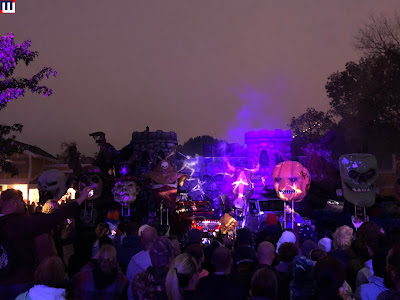 It's time for the main event.  Overlord's Awakening 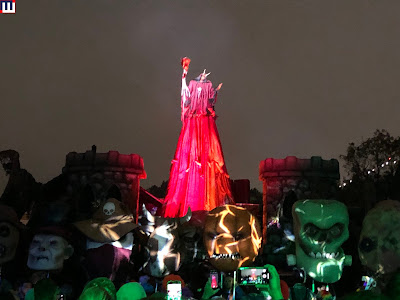 The Overlord rises into the night 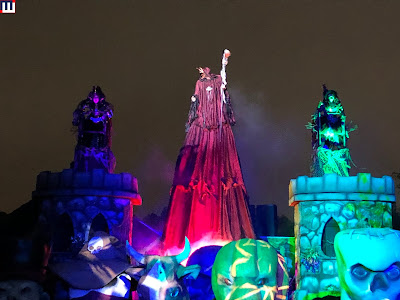 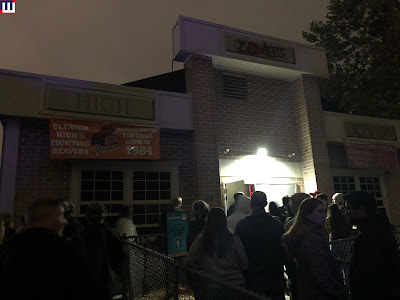 First house of the night was Zombie High.  While we really didn't have any scares in there, we enjoyed the sets and really got a kick out of the spitting beaver. 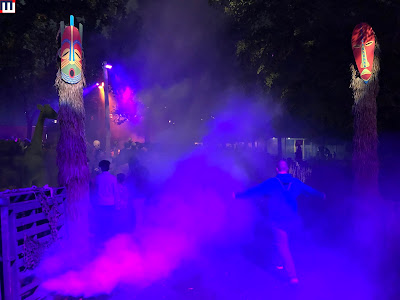 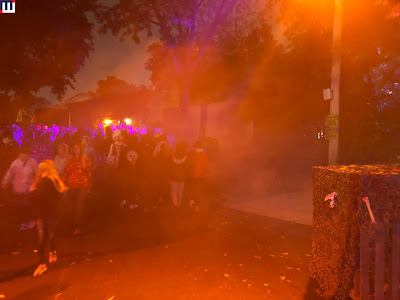 Maybe it was a staffing problem and that's why it was cut? 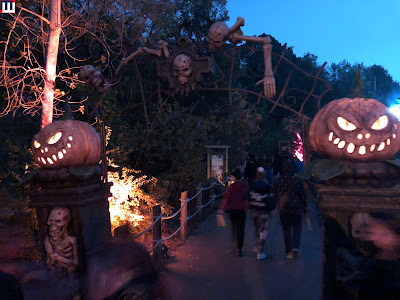 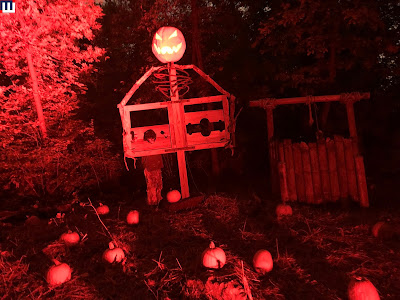 The new version utilizes the old Dinosaur pathway behind Boomerang 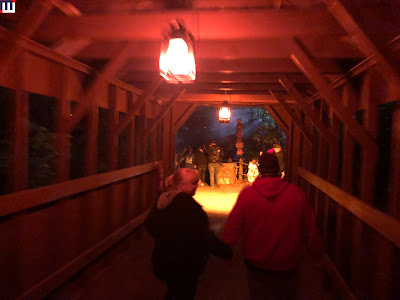 There are lot of large physical sets in the new version 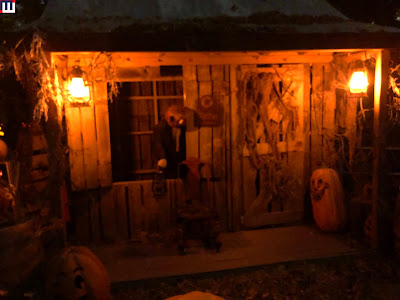 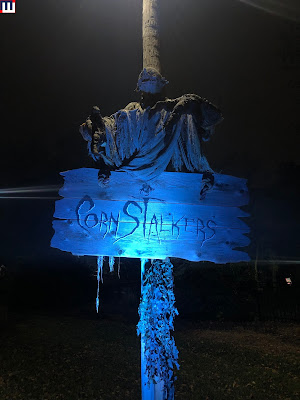 Cornstalkers has always been a favorite of mine. 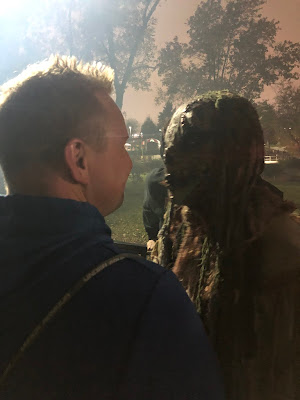 Unfortunately we got more interactions from the screamsters in line then we did in the actual maze.  It was pretty disappointing to say the least.  Walking through corn without any screamsters present isn't that much fun 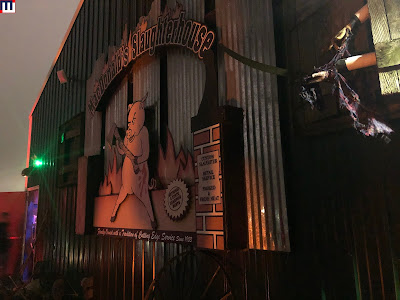 Now for the biggest surprise of the night - Bloodshed!  This gets our vote as the best house of the night.  Great talent.  Lots of jump scares.  It was so much fun. 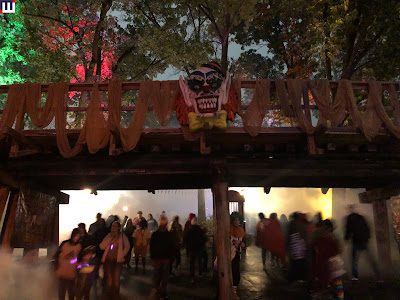 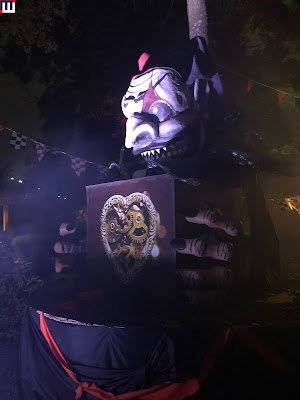 This was actually a pretty good scare zone 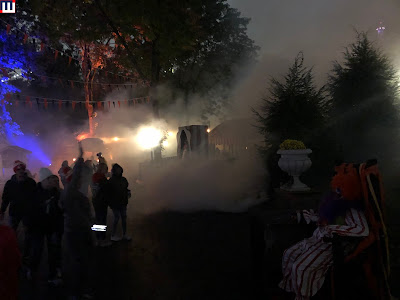 The screamsters working here seemed to be having a good time 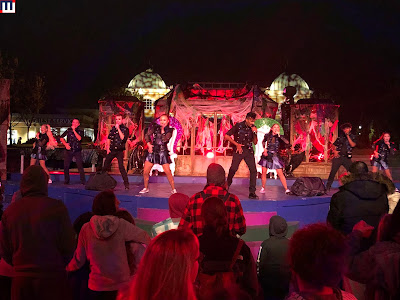 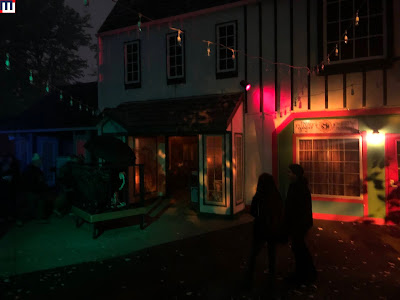 Ripper's Alley gets our vote as the weakest house.  I never have been very impressed by this house since it debuted and honestly it was worse this year than it has been in the past.  Wouldn't be sad if it was retired for a newer idea. 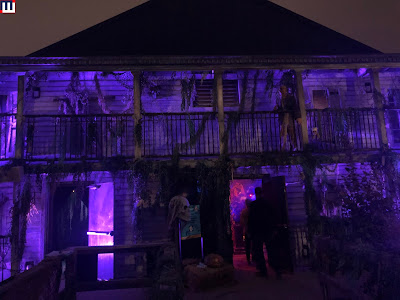 Blood on the Bayou took the Silver tonight.  It benefits from a very detailed house.  I really enjoy just taking my time and looking around.  I always see something new - and the screamsters are pretty good in there as well. 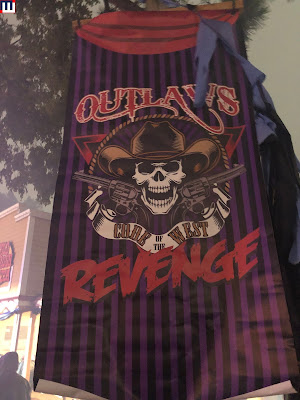 I've never shied away from saying how much I dislike this scarezone. 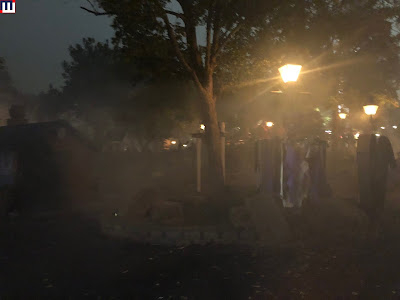 Every time I have gone through this zone since its creation, the screamsters are always just standing around or flirting with guests and it was no different tonight. 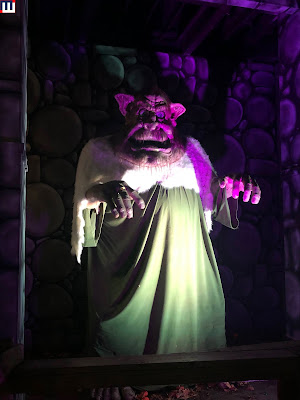 Have you ever stopped to listen to this guy talk?
Let's just say his dialogue could be improved upon. 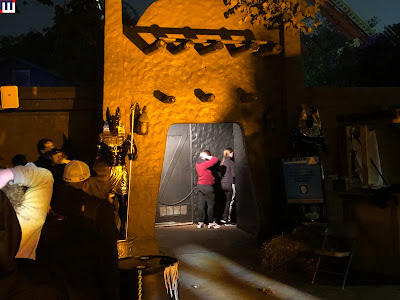 Chamber of Horrors now enters here since it needed to exit where its entrance used to be so that it could work with the new Peter Peter haunt.  The house is pretty much the same, just you go through it backwards now.  It's weird and they really need to reconfigure things.  Little to no screamsters inside. 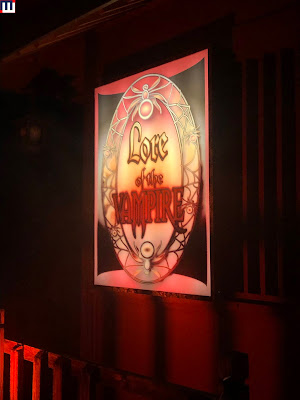 Lore of the Vampire is the OG house and it still delivers.  We had a great time in here.  The screamsters were funny and there were a couple of good jump scares. 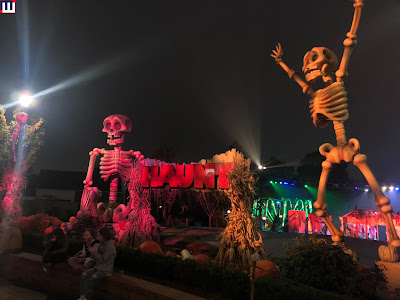 We had a great time at Haunt tonight.  The park was packed, which was nice to see.  Have to admit that the overall talent at Haunt was not up to the level of prepandemic screamsters, but was still decent enough to have an enjoyable evening.
HAUNT runs through Halloween Weekend at Worlds of Fun