August 11, 2022
Worlds of Fun Announces the Return of the Zinger
Kansas City, Missouri -- The new Zambezi Zinger roller coaster will take guests on a thrilling journey above its galvanized steel and wood hybrid frame, dropping guests from an iconic spiral lift hill into a low-to-the-ground track that races through the trees and terrain of the African Serengeti.
Packed with several moments of airtime, banked turns and quick transitions, riders are connected to the feeling of an epic safari chase and fast-paced adventure! 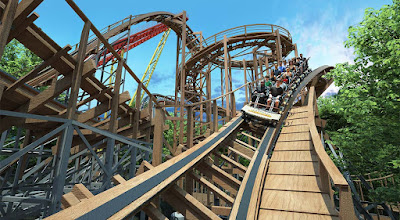 As guests travel through Africa, south of the Serengeti, they arrive at a smalltime safari company offering exciting tours to adventurers and thrill seekers who have traveled from near and far to experience the Zinger.

Zambezi Adventure Safaris went out of business just before the turn of the century when the Zinger was thought to have gone extinct. They recently reopened their doors after new evidence suggested the Zinger had returned to the area.

The company now takes guests on thrilling excursions to explore these famously hallowed woodlands so travelers may once again experience the legend of the Zinger! 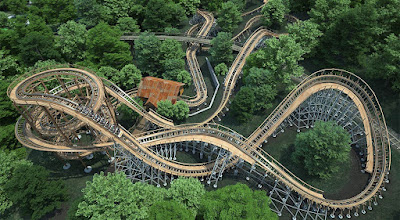 The new Zambezi Zinger is designed by Great Coasters International and Skyline attractions.  It will feature 2,428 feet of track.  Top speed for the coaster will be 45 mph, a height of 74 feet and the entire ride duration will be 2 minutes. 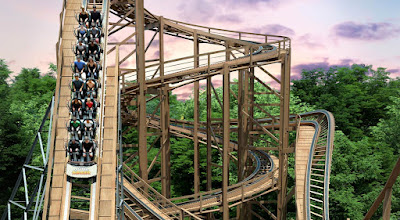 The new Zambezi Zinger will feature the all new Infinity Flyers trains that will seat 16 passengers at a time (2 people per cart, 8 total carts per train).  In addition, this new coaster will feature hybrid Titan Track which will allow for a much smoother ride experience 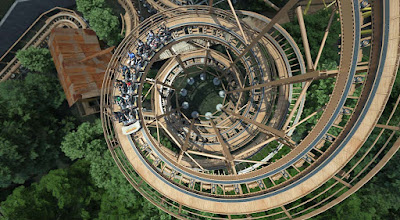 The new Zambezi Zinger will share many similarities with its predecessor.  Guests will enter the same queue building as the old Zambezi Zinger.  As the train leaves the station, it will begin its adventure with an iconic spiral lift hill.  There's a mid course tunnel.  The ride will stay low to the ground with many quick turns.  Finally, it is located in the heart of Africa in the same area that the original was located 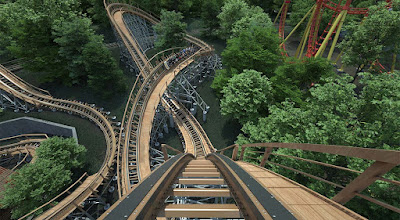 The new Zambezi Zinger will have several differences from the original too.  The first is that this version will feature side by side seating.  The coaster features new Titan track which will sit on a hybrid of wooden and galvanized steel frames.  The coaster is 74 feet tall whereas the original was 57 feet tall. 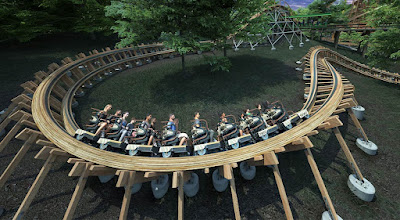