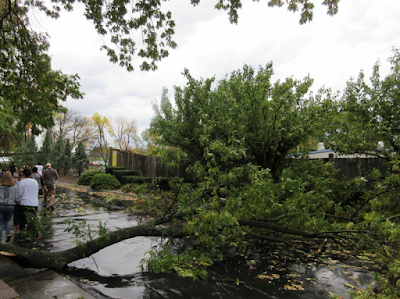 A very powerful storm rolled through Kansas City Saturday night and the park received some weather damage.  This update is a collection of photos from different sources detailing the damage.  This photo was taken near the the front gate area. 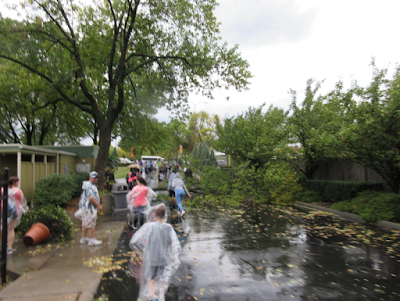 Several more limbs down by the bathroom on the entry pathway to the front gate area. 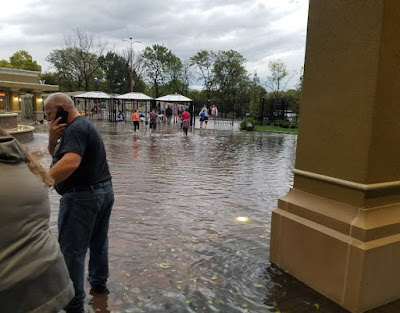 This is the entry plaza area.  As you can see the park received large amounts of rain in a short period of time making it difficult for some areas to drain fast enough. 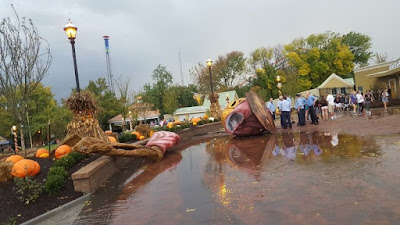 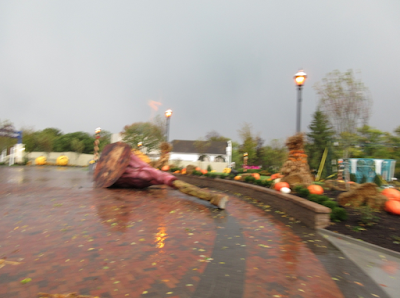 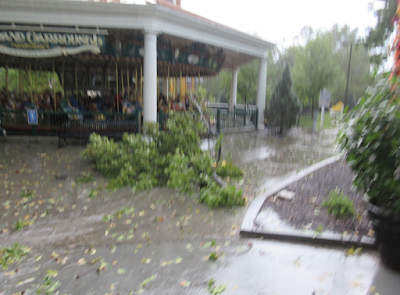 Large limb down by Le Carrousel. 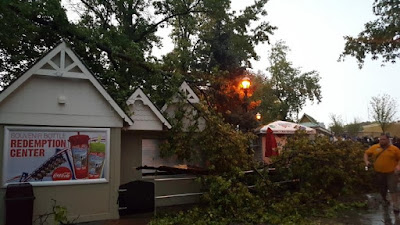 Several limbs down near the souvenir bottle redemption center. 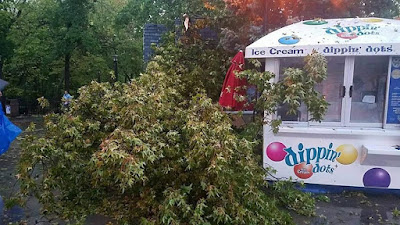 More limbs down in the Scandinavia 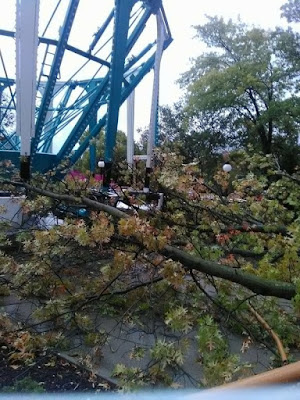 More limbs down by Fjord Fjairlane. 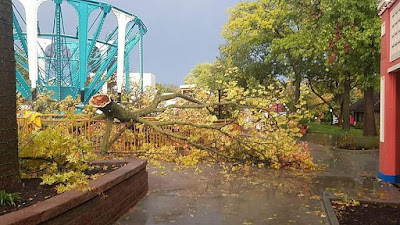 Another limb down by Fjord Fjairlane. 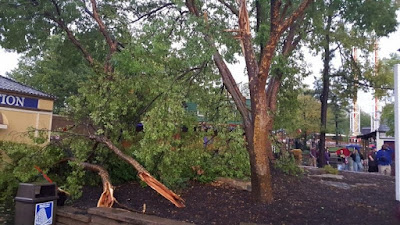 This is in Americana near Front Street Shops. Lots of limbs down in Africa.  This is near the bridge that leads to G'rilla Grill. 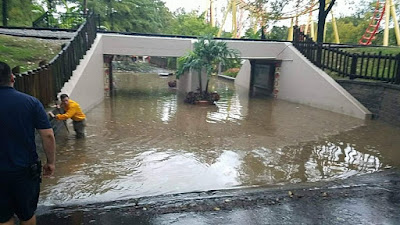 The underpass to get to Fury of the Nile was having a lot of trouble draining. 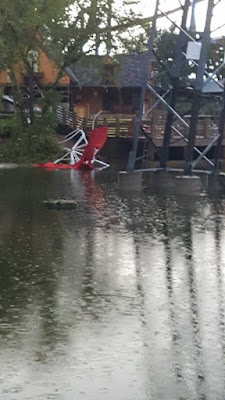 Several canopies were destroyed around the park. 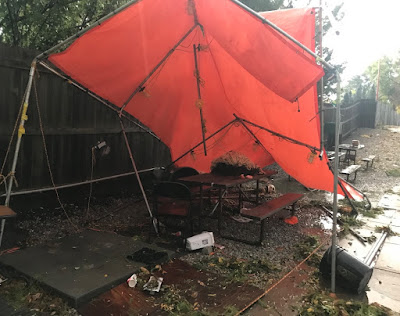 A break area for Haunt is destroyed. 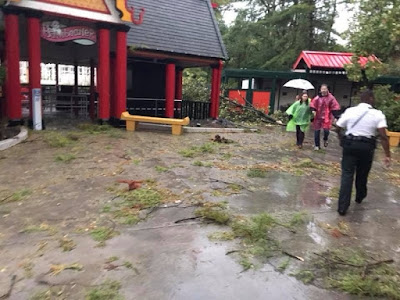 Orient section had a lot of limbs down 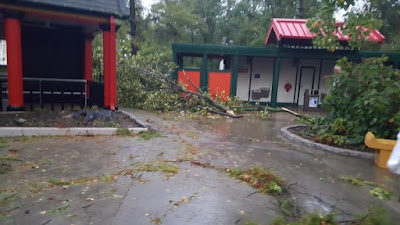 Most of the damage was near Bamboozler and the restrooms 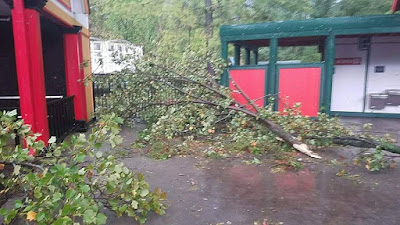 The park opened as scheduled on Sunday, but several rides were down so that they could be checked for damage.
Labels: Worlds of Fun
Newer Post Older Post Home