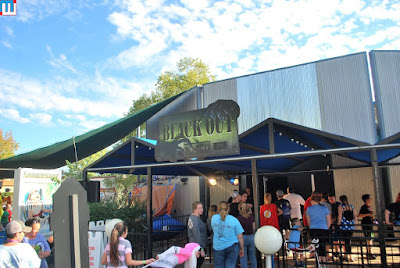 Blackout is a completely in the dark maze.  If you are one of those that is scared of being disoriented in the dark, this maze is probably not for you. I honestly do not find it that scary, but many do. 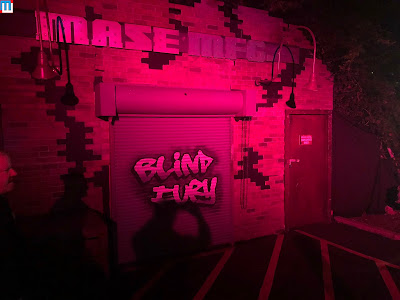 Blind Fury is supposedly themed to be a toy factory where they turn humans into toys.  I have to admit that theme doesn't seem to be very consistent in the maze.  While one of the more enjoyable mazes, don't expect the things you find inside to make sense to the "theme" 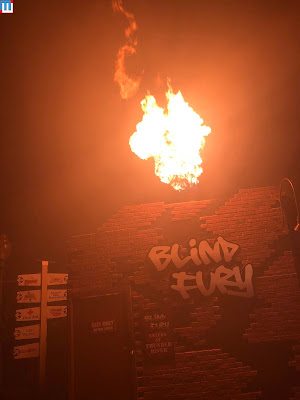 It does have a nice ending with the flame thrower. 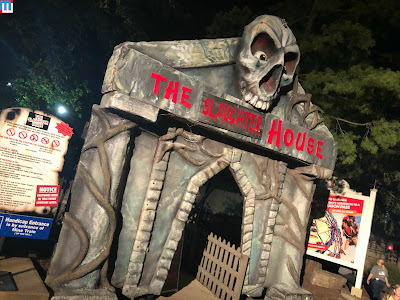 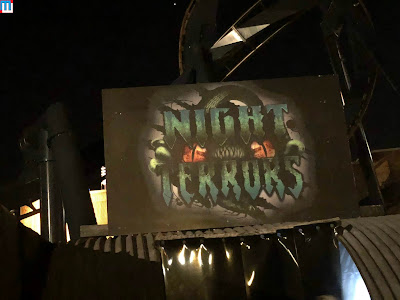 Another maze that really doesn't have a cohesive theme is Night Terrors.  It seems like they tried their best to cover as many Halloween haunted house stereotypes as the could. 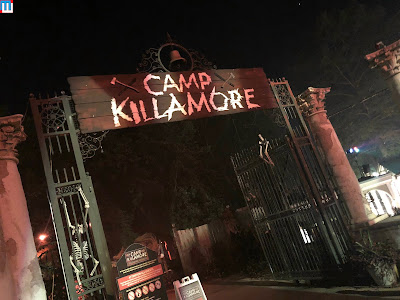 Probably the most cohesive themed maze is Camp Killamore.  While not overly scary, I do appreciate what they are trying to accomplish in this maze... and it has definitely improved over previous versions. 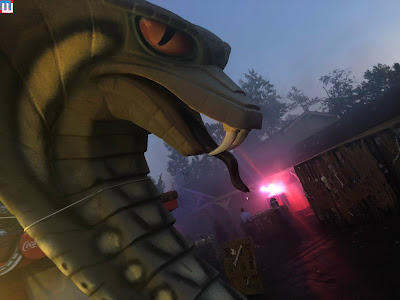 The park has several scarezones this year.  Gnawlin's Hollow is near Log Flume. 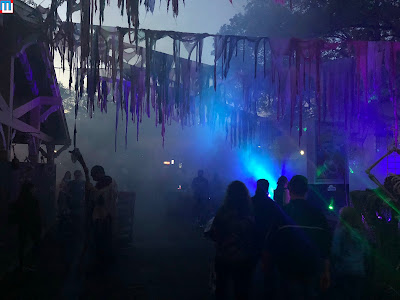 It is filled with VooDoo and Cannibals. 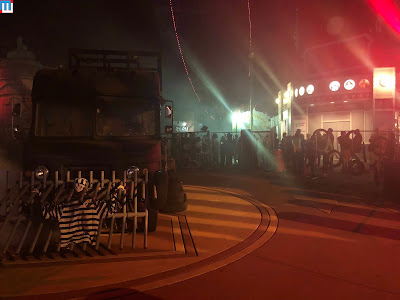 Sycophants is in DC Plaza.  It seemed like they were trying to do a Mad Max theme 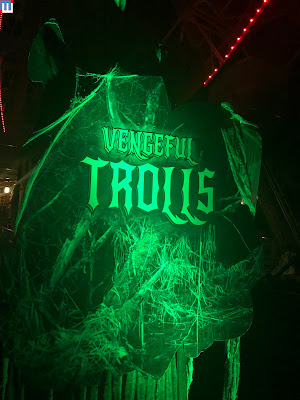 Near Colossus is Vengeful Trolls. 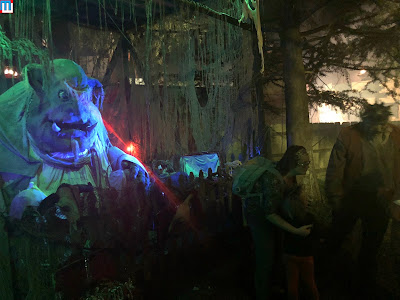 There are trolls in the lose in this small forested area 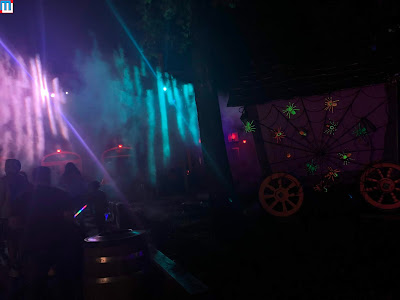 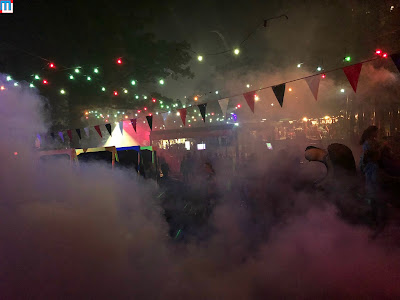 Sinister Clowns of the Black Top is near Xcalibur 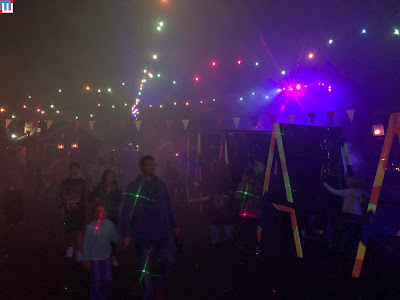 This was probably the best of the scarezones. 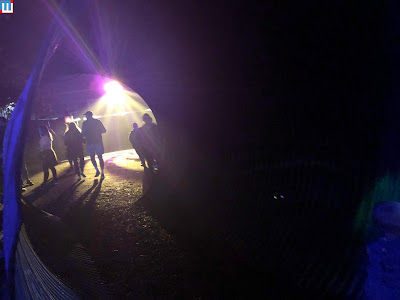 The screamsters were actually trying in this scarezone. 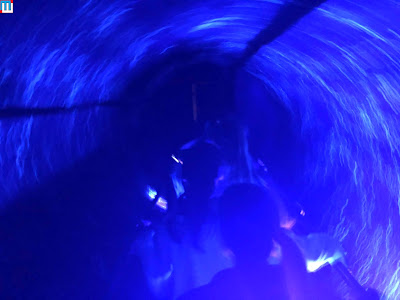 They have a star tube you can walk through here. 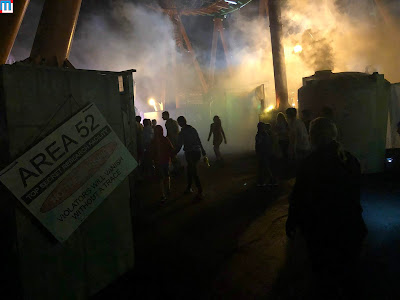 Project Chromo is in the Boomerang Midway 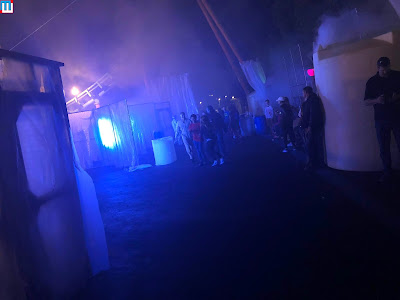 I'm pretty sure it is themed to a toxic spill that created mutants. 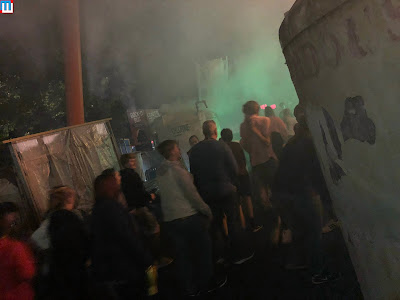 There's way too much light in here for the screamsters to even try to scare guests. 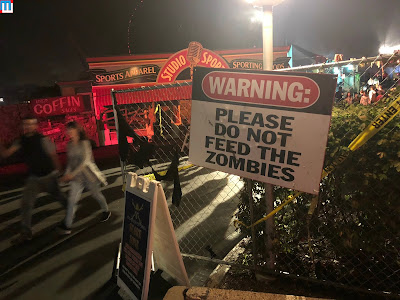 The final scarezone is Zombieville which is near Spinsanity. 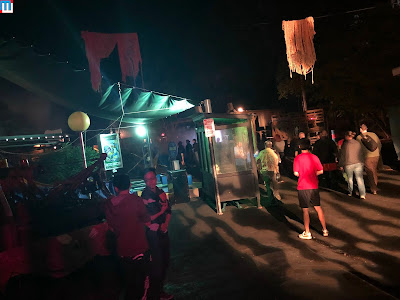 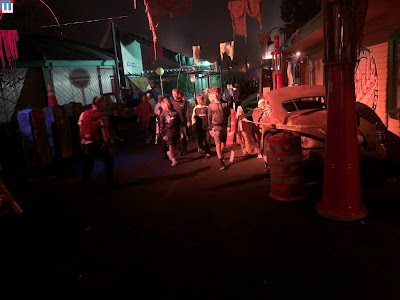 It has the potential to be a good scarezone though.