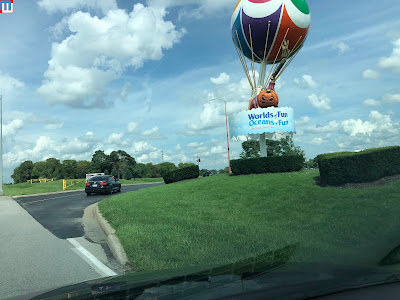 The pumpkin man has returned to his perch which can only mean one thing.  Haunt is just around the corner. 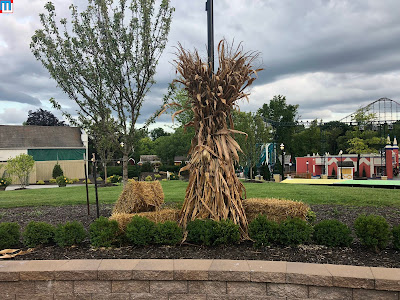 Corn stalks are appearing all over the park 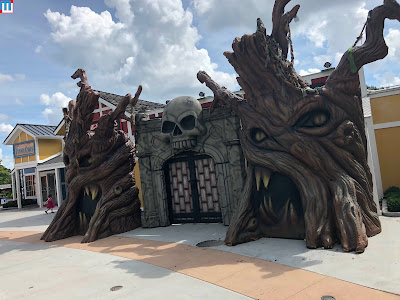 The stage for the Overlord's Awakening is starting to come together. 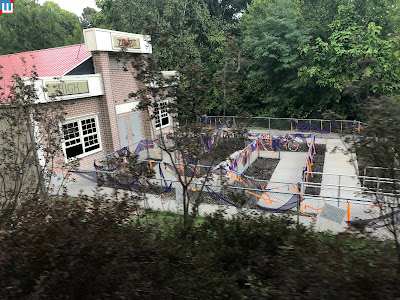 Looks like Zombie High is getting ready for a pep rally 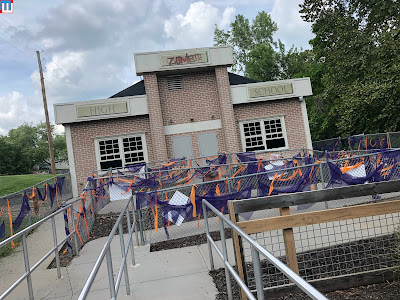 Look how festive the school looks. 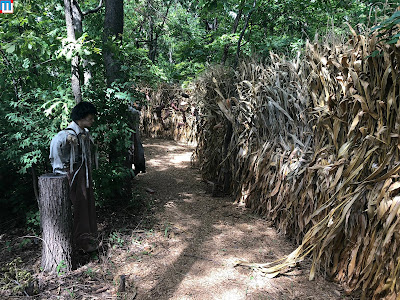 The corn is in position at Corn Stalkers 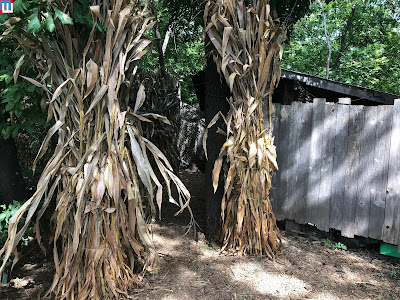 This is seriously one of the scariest mazes at Haunt. 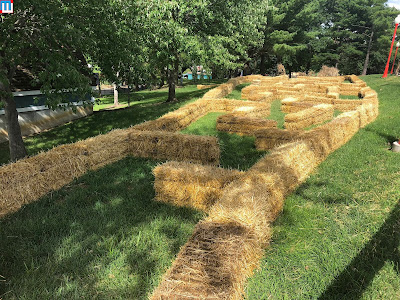 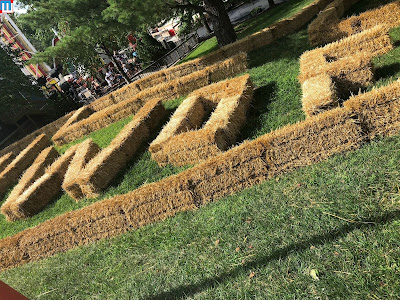 I'm sure that this was just a coincidence. 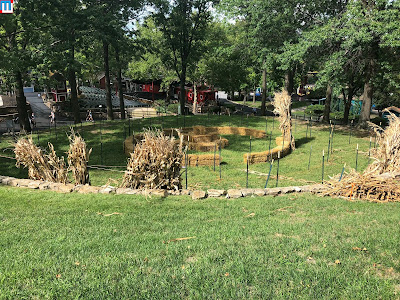 Looks like they are going to have a small corn maze here too. 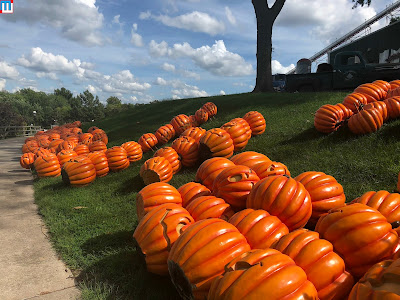 Lots of pumpkins ready to be placed for Great Pumpkin Fest in Planet Snoopy. 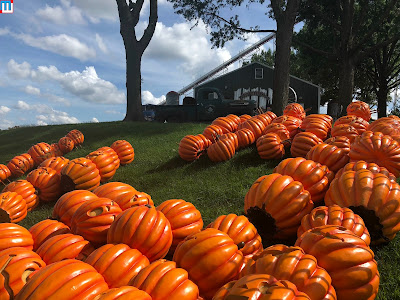 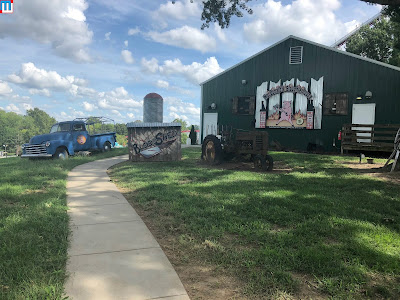 Blood Shed appears to be ready to go from the outside. 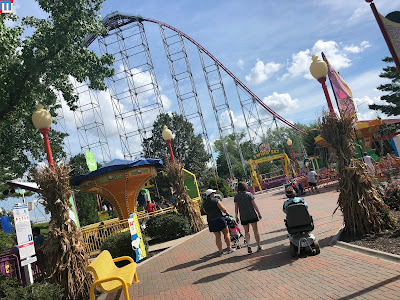 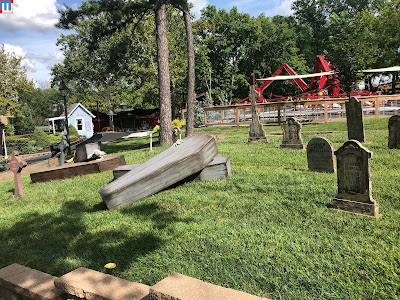 Lots of coffins and tombstones in the Old West section 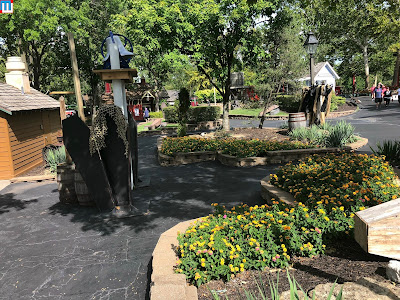 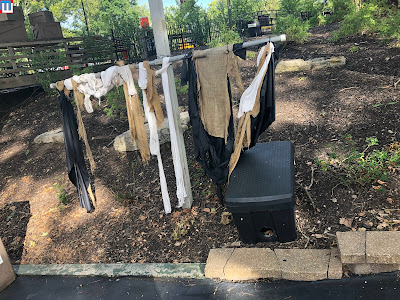 One of several fog machines in this area. 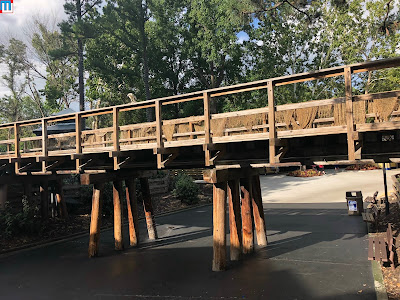 The railroad bridges have their wrappings up already. 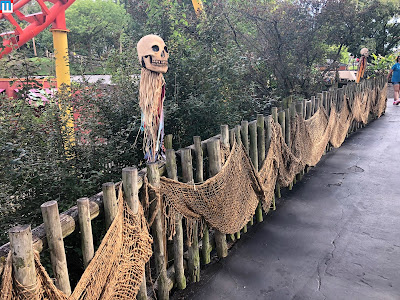 Lots of voodoo skulls out in the Africa section. 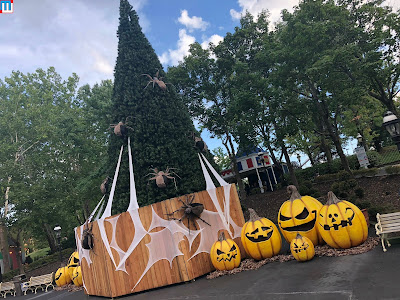 Finally in Europa we have a clash of holidays. 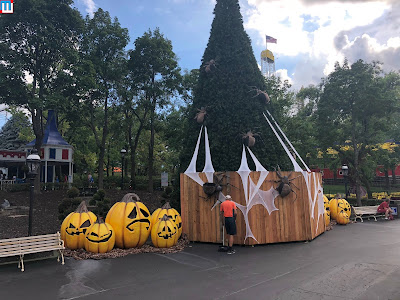 The pumpkins seem pretty smug almost saying "yeah that's a Christmas tree, what you going to do about it"  Haunt starts in just 2 weeks.