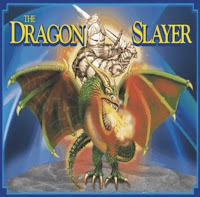 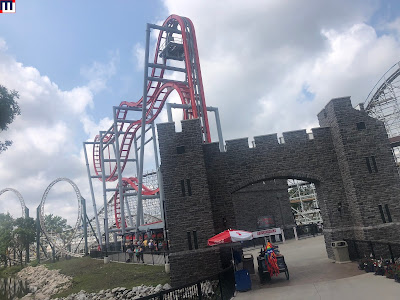 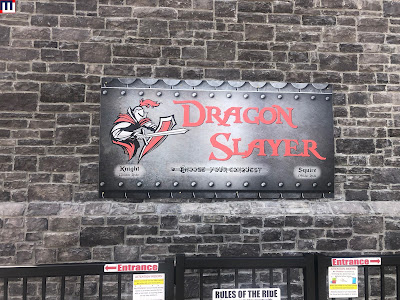 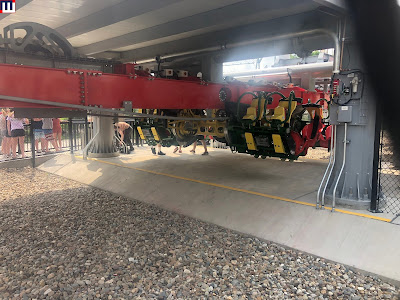 Unlike the larger models, only one cart can be loaded/unloaded at a time.  This didn't seem to effect the capacity too much 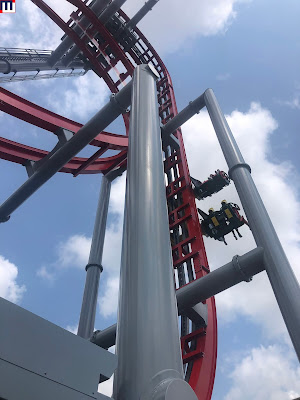 Heading up the lift 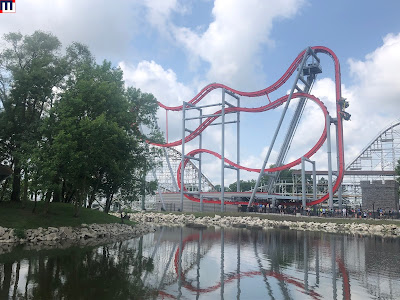 First off, I want to say that the setting is perfect.  It is very visible within the park 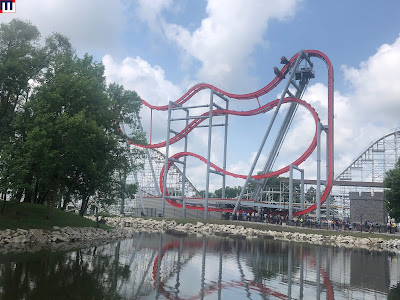 We rode both sides and honestly did not see too much difference on the amount of spins.  We found that if you start with your back to the control booth you will spin more (both sides).  If you are a single rider, you will spin more if you sit on the inside seat then the outside seat. 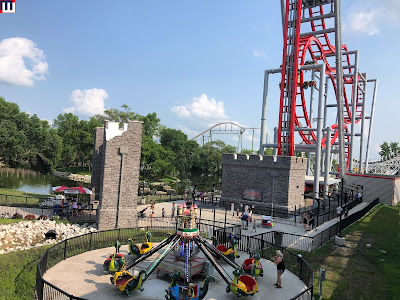