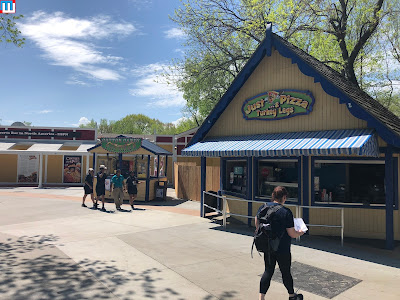 The park isn't done adding new things for this season. Another quick service stand was added to International Plaza near the "Just Pizza... & Turkey Legs" stand. 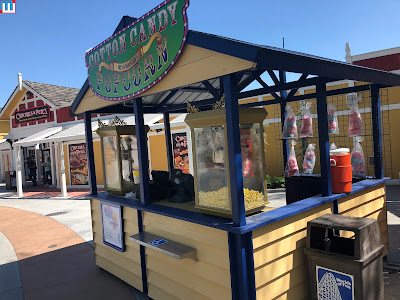 This stand serves Cotton Candy and Popcorn and appears to be a nice semi-permanent stand. 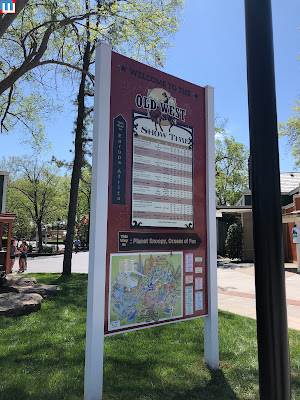 Additional signage has been added around the park.  These signs also help highlight the new "mini-sections" that have been added to the park.  This is near Vittle Griddle. 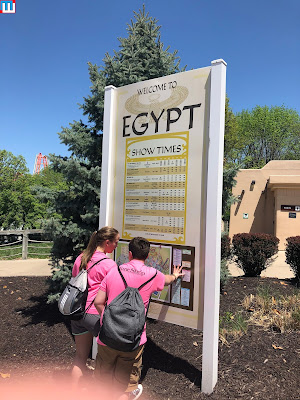 Another similar sign is near Coasters Drive-In in the new Egypt section. 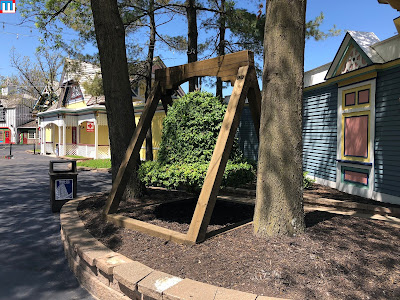 As advertised, the Liberty Bell has returned to Americana.  This topiary was a long time staple of the park before disappearing after the 1999 season. 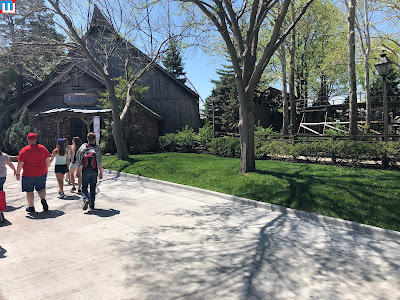 We are at Cyclone Sam's now.  Here you can see the new lawn that has taken the place of the former extended queue line for the ride. 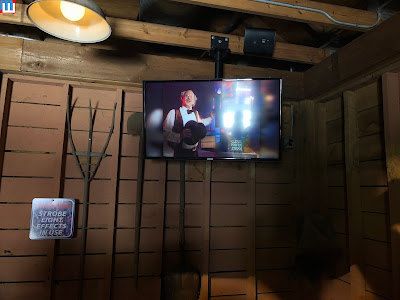 It was nice to see that the old video spiel for the ride comes on just before they bring people in to board the ride.  They have FUNtv on when the spiel is not playing. 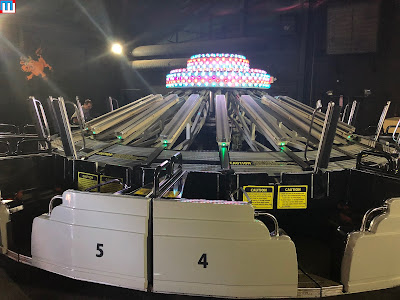 The ride has received all new LED lights on the centerpiece. 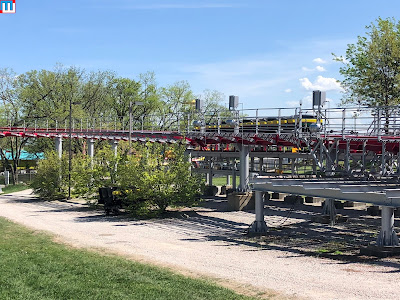 MAMBA's third train is in the process of being put together on the transfer track.  The third train never made it out into the park last season. 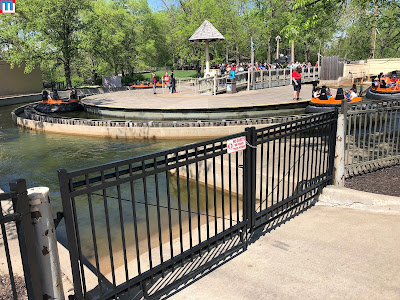 A new gate for maintenance at Fury of the Nile. 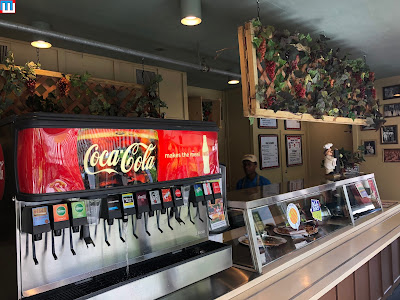 New thematic elements have been added to Paisano's in Europa. 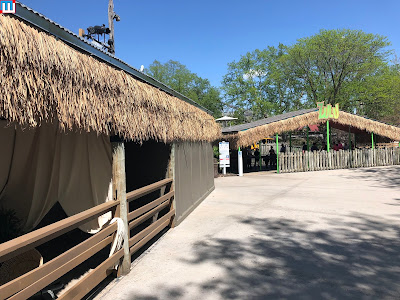 Thatch roofing has been added to the old Big Game Hunt building and Zulu's queue building in Africa. 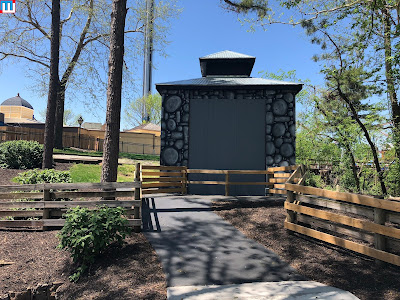 We were asked what happened to the troll building in Europa.  They boarded up the openings since WinterFest.  The building isn't really noticeable to be honest.
Labels: Worlds of Fun
Newer Post Older Post Home