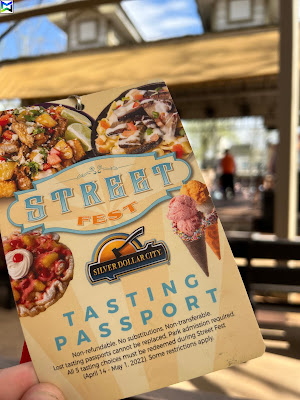 A major part of Street Fest is the food offerings.  SDC has brought back Tasting Passports to help guests maximize their food spending money and be able to test out these new offerings 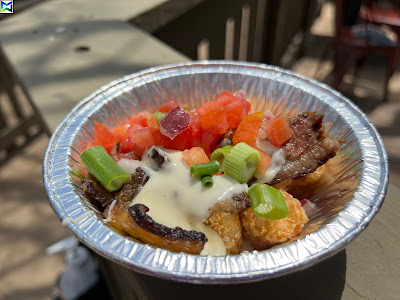 SMOKED BRISKET TOTCHOS
Hatfield's Tater Patch
Thoughts: This sounded like it would be good on paper, but the execution was just all right.  The individual components were tasty, but together it just didn't really work
DECENT 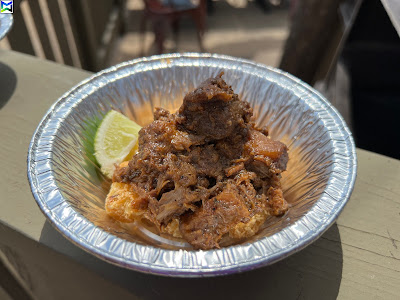 TACO AL PASTOR TOTCHOS
Hatfield's Tater Patch
Thoughts: This was just not good. The meat was runny and didn't have much flavor.  It was definitely not a good combination
HARD PASS 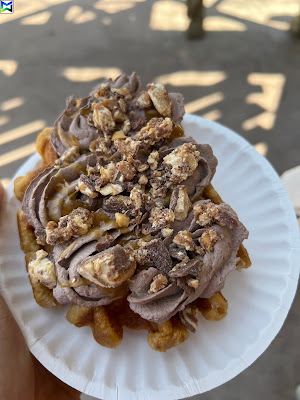 BELGIAN WAFFLE (SNICKERS)
Cokes and Floats
Thoughts: This thing was delicious but really really rich.  Even with the sugar rush I would get another in a heartbeat.  The waffle is covered in a chocolate mousse and then Snickers chunks were put on top with a caramel drizzle.
HIGHLY RECOMMEND 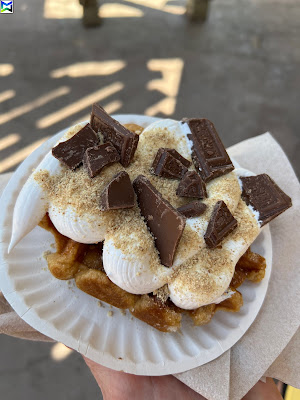 BELGIAN WAFFLE (S'MORES)
Cokes and Floats
Thoughts: Like the Snickers version, this thing was also delicious but really really rich. The big difference with this one is that it had marshmallow fluff and then graham cracker and chocolate put on top of it.  Very yummy
HIGHLY RECOMMEND 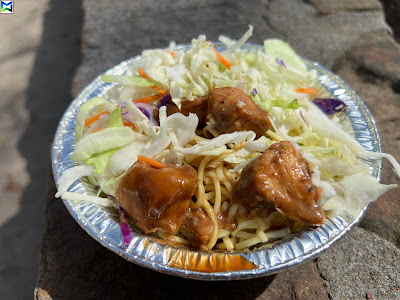 SESAME CHICKEN NOODLE BOWL
Street Fest Bowls Stand
Thoughts: The chicken was very juicy and flavorful.  The Noodles were decent but really relied on the sauce from the chicken to have any flavor.
DECENT 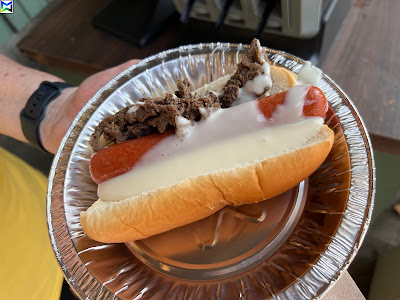 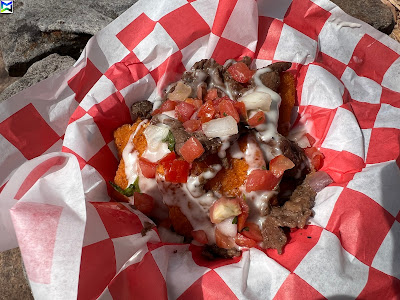 STEAK FAJITAS LOADED RAVIOLI
Lady Liberty
Thoughts: The steak was good here too and the raviolis were fresh so this was an amazing combination of flavors
HIGHLY RECOMMEND 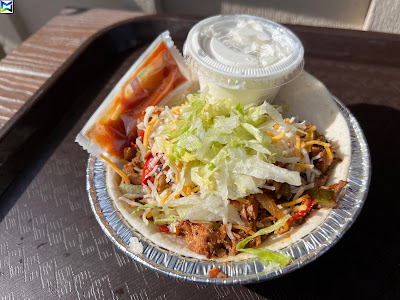 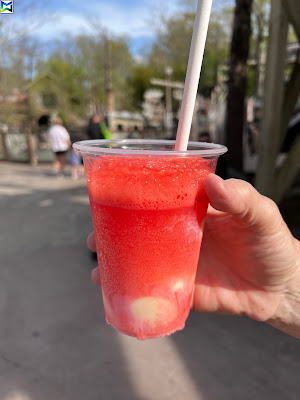 STRAWBERRY FANTA FLOAT
Cokes and Floats
Thoughts: These seemed smaller than last year's version and they did not include the fruit skewer like they had last year, but it was still tasty
RECOMMEND 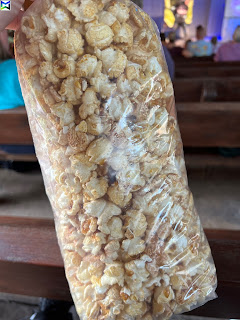