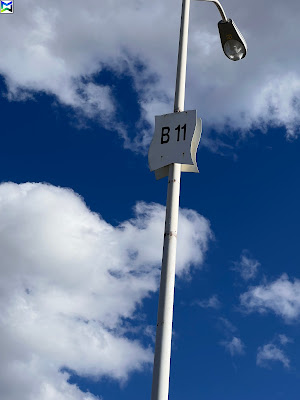 Changes are noticeable before you even leave the parking lot.
Gone are the character parking signs.  Now there are generic numbering 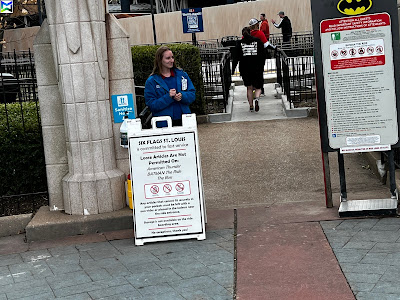 In a move that screams "money grab" the park has gone back to forced lockers on three of the marquee attractions - Batman, American Thunder and the Boss. 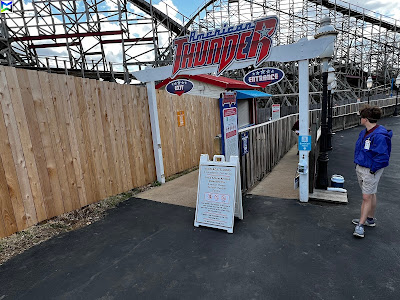 One time use is $2 or moveable is $7 for the day.  The workers claim that administration claims this was to "help speed up departure times" but it didn't seem to make any difference today.  They were stil; stacking trains 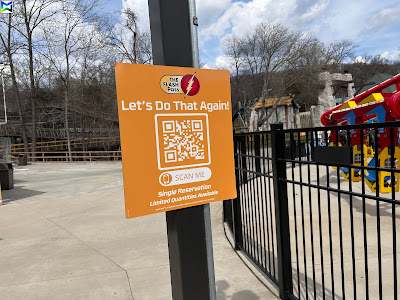 Another "cash grab" is the new One Time Use Flash Pass.  This is available for several attractions in the park.  You scan one of the many QR codes around the park and do your purchase online.  Today the "pay to cut" passes ranged from $5 to $9. 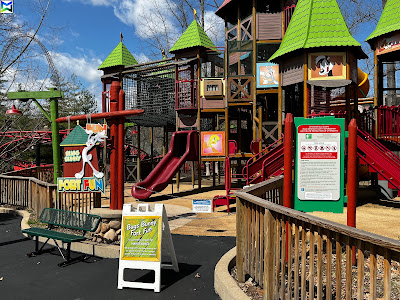 The Fun Fort was not open today 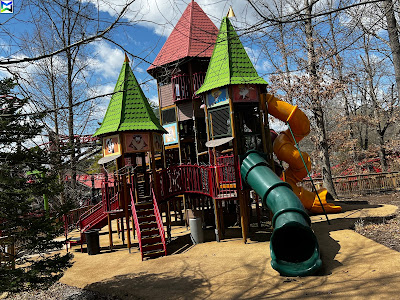 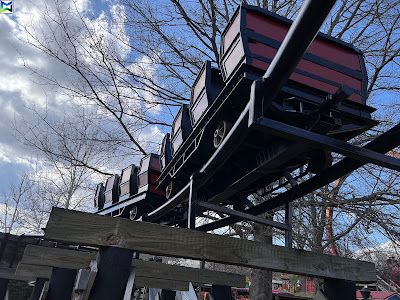 The refurbishment of the mine train cars above the entrance to the ride is now complete with the second car now back in place. 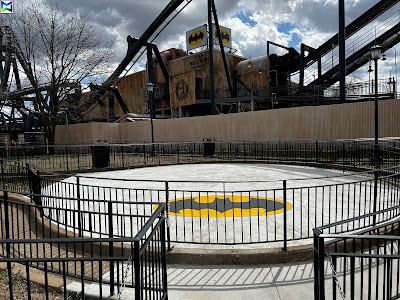 Will this be the season that the Batmobile actually appears in the Batman queue? 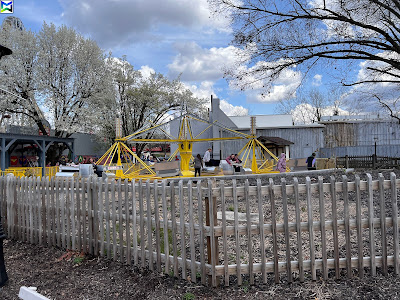 Several trees have been removed near Shazam 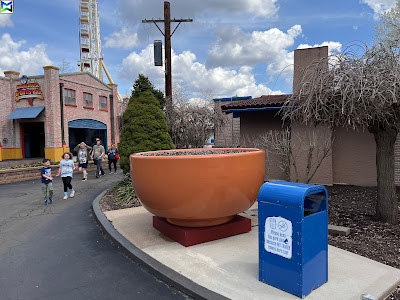 A huge new planter has appeared near the entrance to Shazam 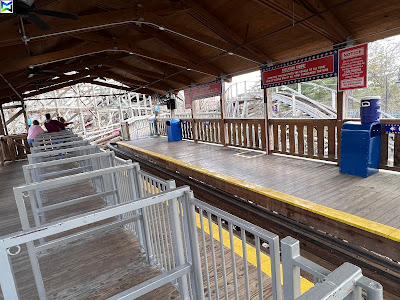 Since Covid is now "officially over" all of the barriers on the load platforms are gone this season.  You can also see how there are no longer cubbies on the platform for American Thunder. 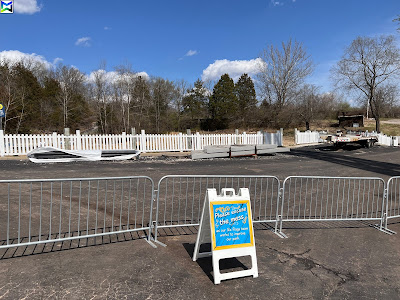 This area was fenced off today.  You might want to keep an eye on it 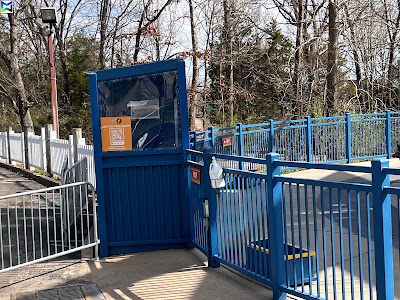 There is now a secondary control booth at SkyScreamer that is actually air conditioned. 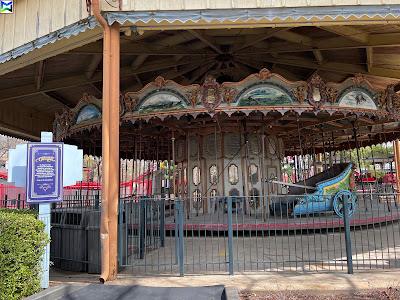 The Carousel still has a lot of work to be done.  I wouldn't count on it returning this season 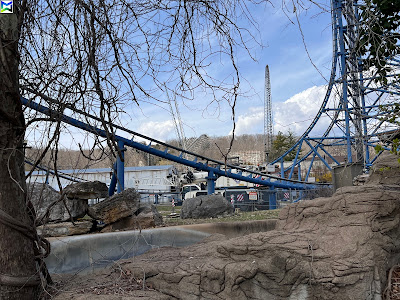 Looks like work is being done on Mr. Freeze 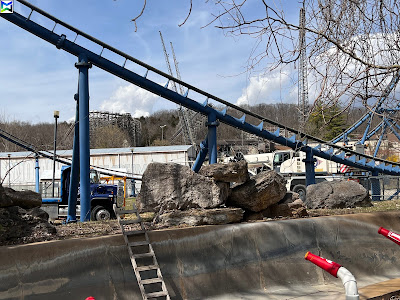 No word on when it will open for the season