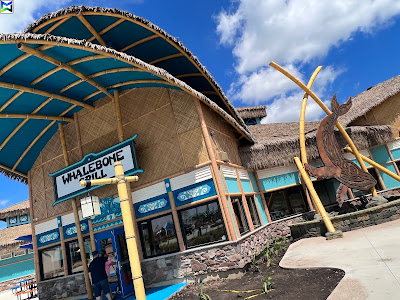 Welcome to part 2 of our report on Lost Island.  We are going to pick up at lunch time and we are going to stop in at the Whalebone Grill which is still in the Awa section of the park 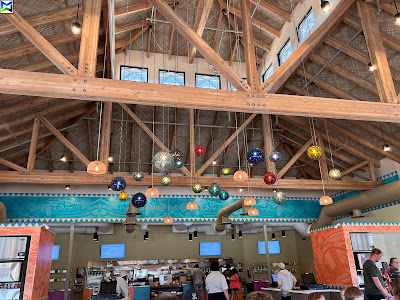 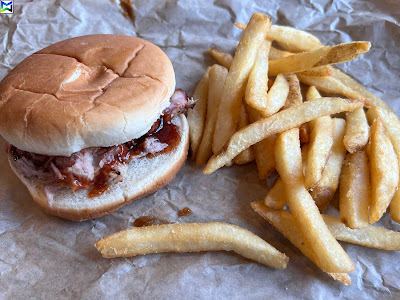 Now let's talk about the actual food.  This is a BBQ pulled pork sandwich and fries.  While it was tasty, I do think that the prices are a little crazy for what you get.  This came to $12 total.  I'm not sure it was worth $12 and mind you that everything is ala carte. 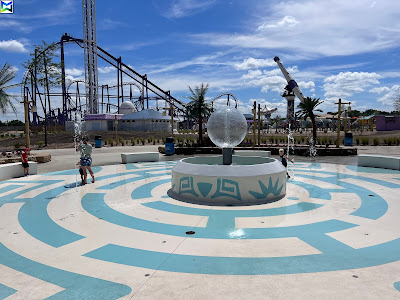 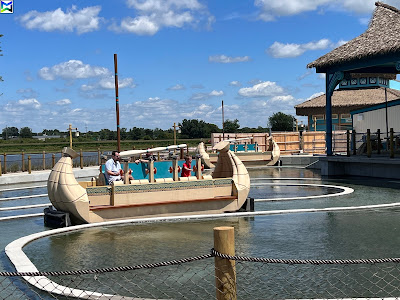 Awaati Battle is a water ship battle.  The only thing is - there's not much to do if you are the only ones on the ride and the other boats are empty.  There are also guns on the shore, but we never saw them being used. 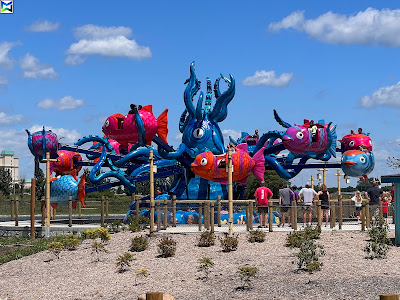 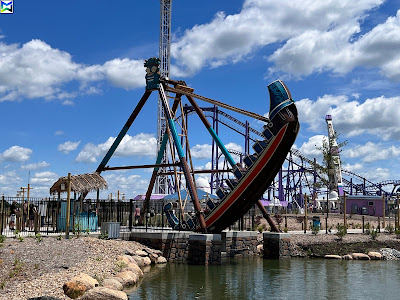 Sea Swell is the rocking ship ride in the park.  If we are being honest, it runs a program that is way too long.  Some in our party ended up nauseous because it was so long 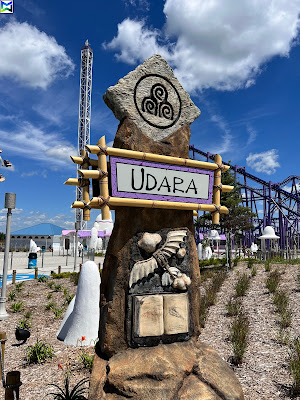 The next realm is the Air realm called "UDARA" 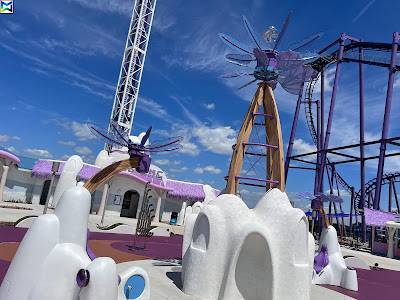 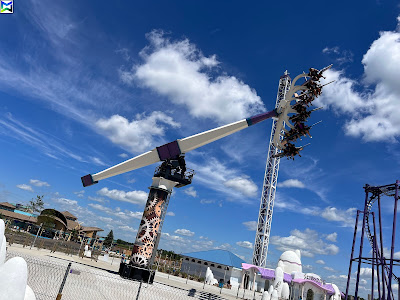 This is Amara Aviators.  In theory you should be able to get your chair to flip as you ride.  However if the wind is blowing the wrong way, as it was today, you don't have a chance 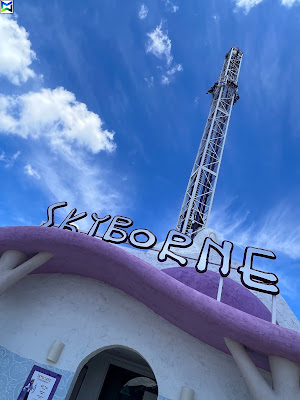 Skyborne is the park's S&S turbo drop tower.  I was amazed at the indoor themed queue for this ride. 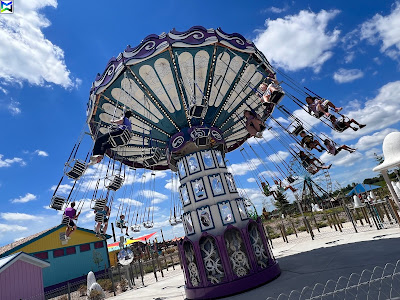 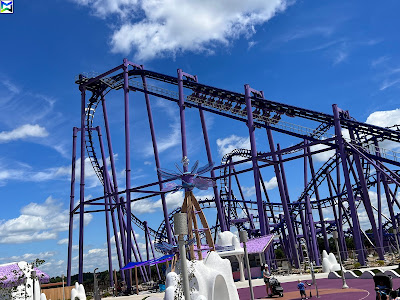 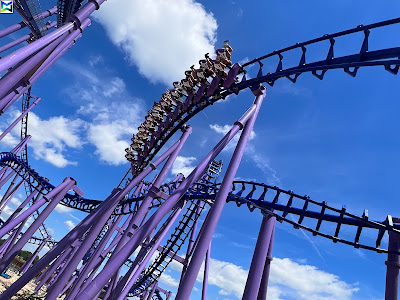 I know what you're thinking "seriously another SLC" and you would be correct.  While it does feature the new vest style trains, it still has that typical "SLC roughness" that we all love to hate 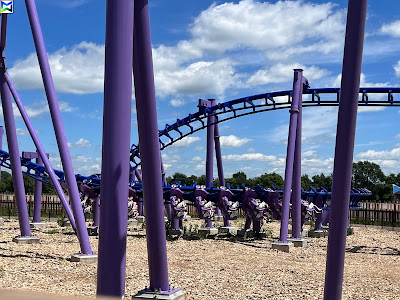 BUT unlike all those other SLCs out there in the States, this one has the bonus helix, which coincidentally is the smoothest part of the entire ride. 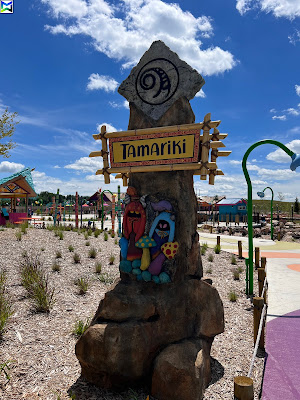 Moving into the TAMARIKI realm.  This is the Spirit realm and is the home of the kiddie section of the park 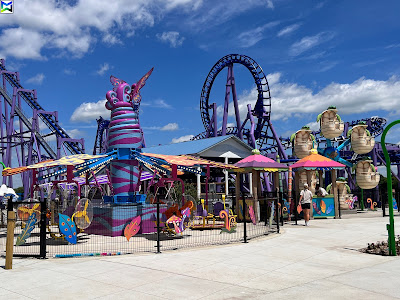 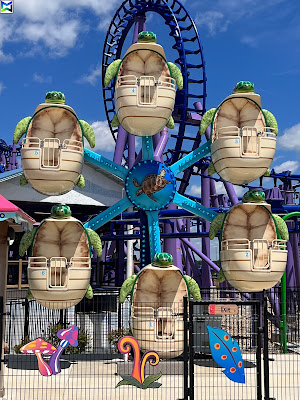 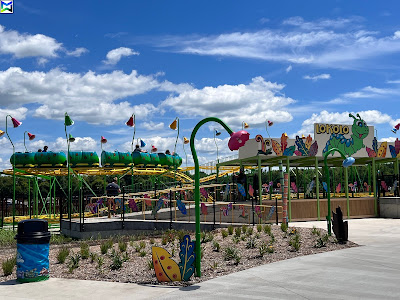 Lokolo is the park's Wacky Worm.  It sends riders around 3 times per cycle 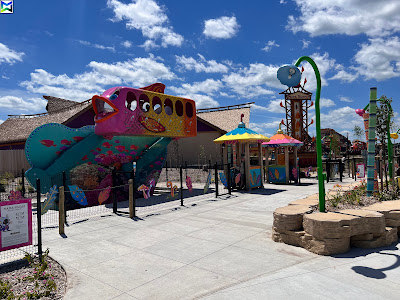 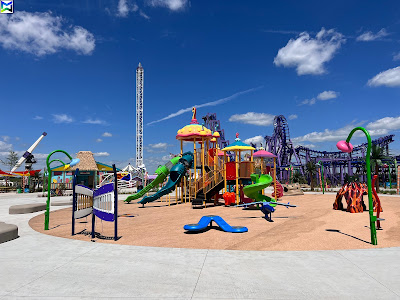 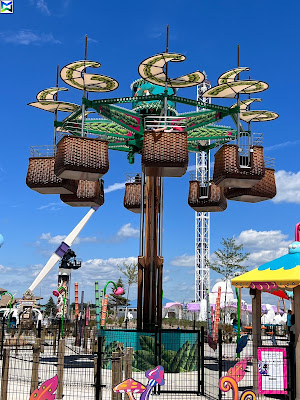 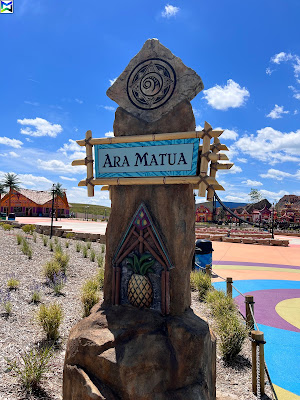 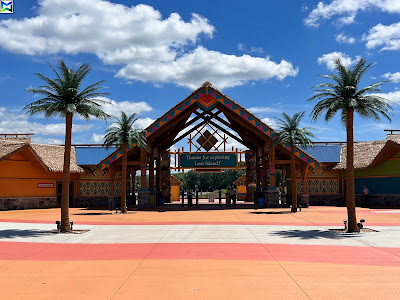 Honestly this park has a lot of potential.  The theme is very creative and there are some good rides already at the park 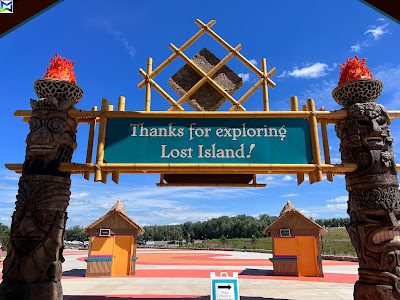 We are a little concerned at how low the crowd was for a weekend day.  The price points for things probably need to be looked at.  Food prices for what you get is not good.  There is no "in/out" parking, you have to pay each time.  The lack of shade structures could also prove to be a liability on a hot day.
Closing thoughts, I am happy that a new park has opened in the region and I really hope it succeeds.  We will more than likely visit again in the future to ride Matugani and hopefully some of our concerns can be addressed in the off season.
Labels: 2022 Trip Reports, Lost Island
Newer Post Older Post Home