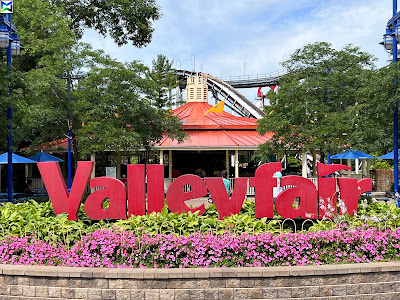 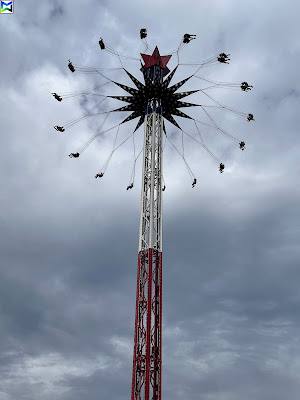 North Star was new the last time we visited.  It is still one of the more popular rides in the park 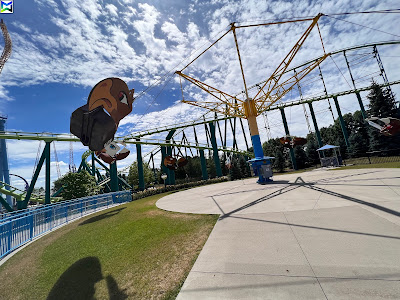 Flying Eagles was a lot of fun.  Was actually able to get a few small pops as we "cracked the whip" with our tubs 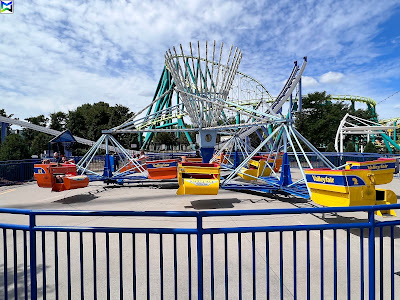 Every park needs a good scambler 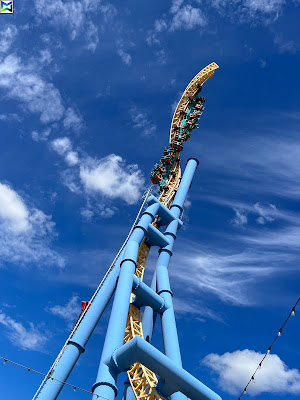 Steel Venom has been having a lot of issues lately, so we took advantage of it being open and got several laps.  Good thing too because it was down most of the day after we left that area of the park 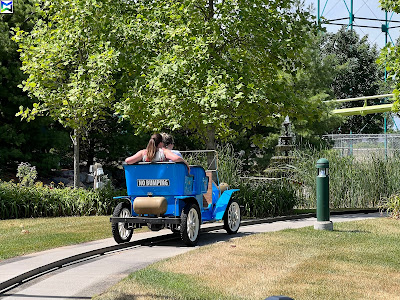 Cadillac Cars has one of the best routes of any of these rides.  Very enjoyable 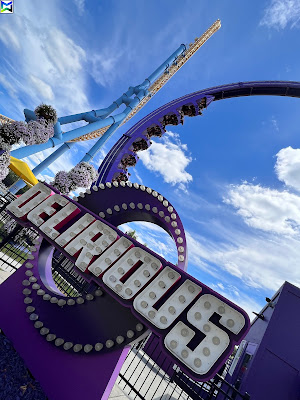 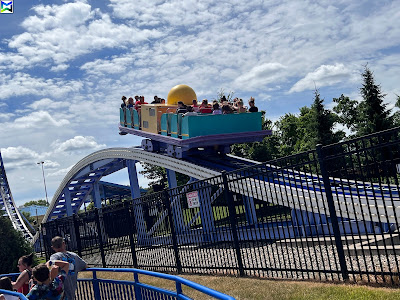 Northern Lights is just a lot of fun.  We really wish WOF had one of these or the newer models with the actual disk like they added at Lost Island 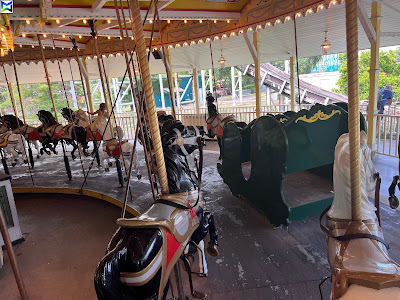 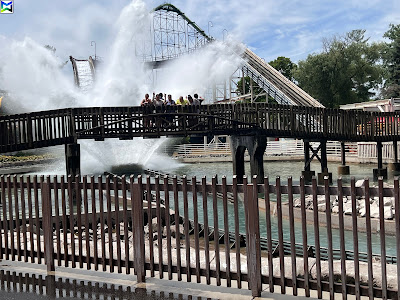 The Wave... this photo was taken seconds before running for my life to not get wet 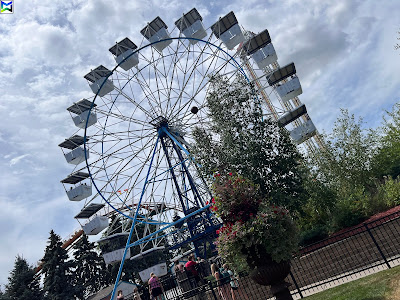 I know I say it every time we visit, but the Ferris Wheel here is just really odd 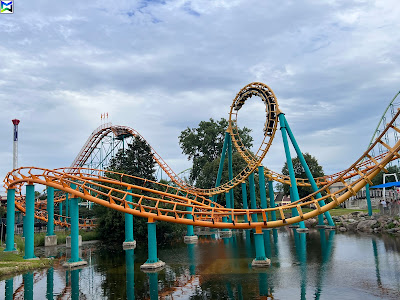 Corkscrew is still kicking.  I still think that if Timber Wolf had been built elsewhere in the park, our Corkscrew (EXT/Screamroller/Extremeroller) would still be operating at WOF 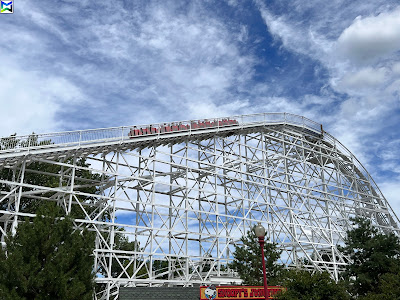 High Roller has one of the best sounding lift hills. 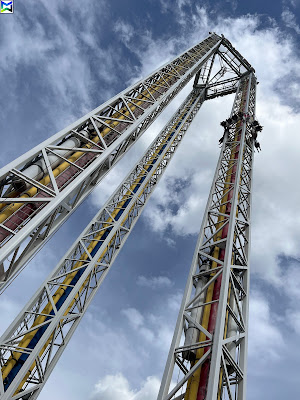 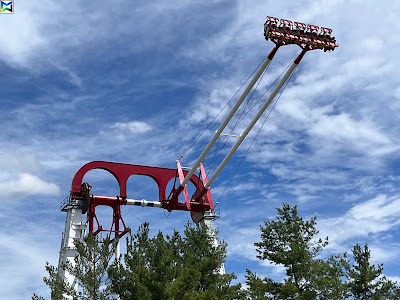 I will always ride one of these if they are at a park.  Xtreme Swing was down to one arm because they are waiting on parts to fix the other arm.  I applaud the park for having even one arm open 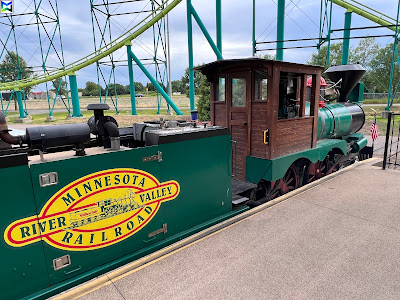 So we realized that we had never ridden the train before, so we decided to remedy that 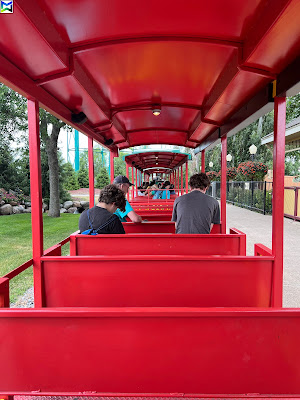 While this cute thing pales in comparison to the engines we have back home in Missouri, it was a fun ride and allowed us a break to sit down. 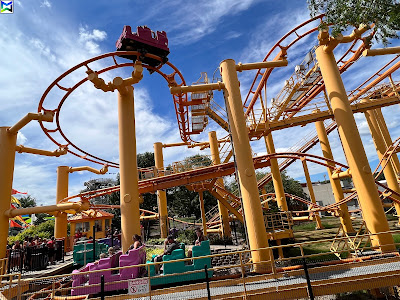 Mad Mouse is an Arrow built mouse coaster.  I did not realize until recently how rare these were.  Apparently only 4 were ever made and 3 of them are in the Cedar Fair Chain (VF, MIA, CGA) 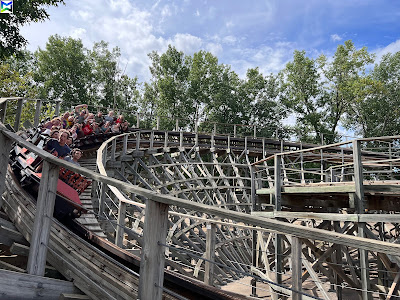 Last time I was here, Renegade was rough.  They must have done some work on it because it was pretty much butter except for a couple of spots.  Lots of rerides were had 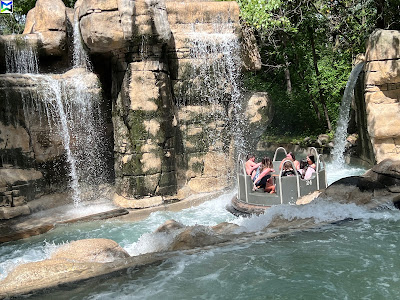 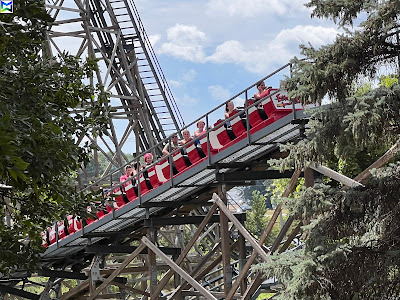 I have never liked Excalibur, but we decided to give it another chance today.  That was not a good decision.  I honestly cannot think of a redeeming feature for keeping this ride 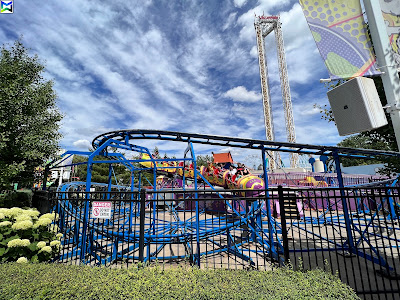 Cosmic Coaster is really cute.  No I did not ride it ... but I have in the past 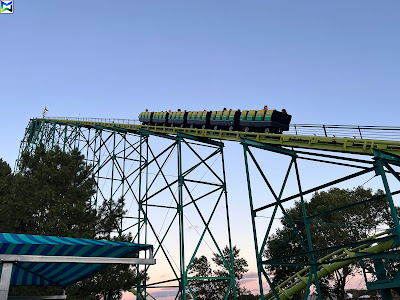 Wild Thing really grew on me this trip 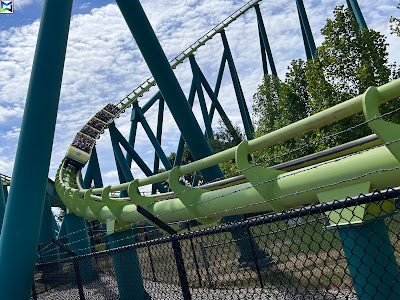 While it is not in the same league as the other Morgan hypers, it is a lot of fun.  We rode it numerous times and yeah --- it's a lot of fun 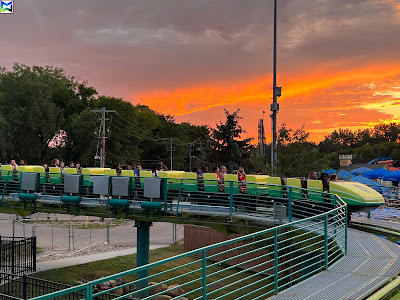 Valleyfair is a great little park.  I don't think it deserves the hate that it gets online.  The park could really use some love and I hope that it benefits from the liquidation of CGA.  Flight Deck would be epic here or even RailBlazer.  Valleyfair, I'll make you a deal - you add another coaster and we'll be back that season.  Until then....
Labels: 2022 Trip Reports, Valleyfair
Newer Post Older Post Home