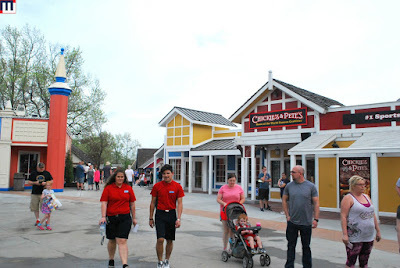 This set of photos will focus on changes around the park that are not directly related to the big additions this year. 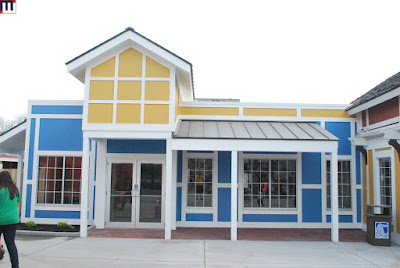 This is the new Norma's Funnel Cakes. This addition to the Chickie's and Pete's building is located where the former Rental building was located. 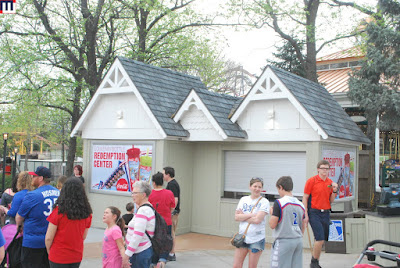 Nordic Nook has now been completely enclosed and is the official Redemption Center for the All-Season refillable thermos. 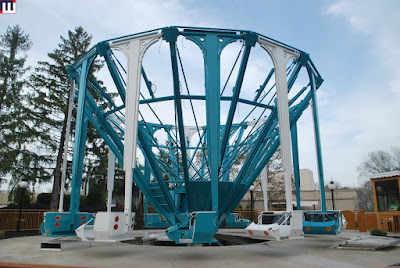 Fjord Fjairlane received a complete refurbishment this off season and is not quite ready to debut for this season. 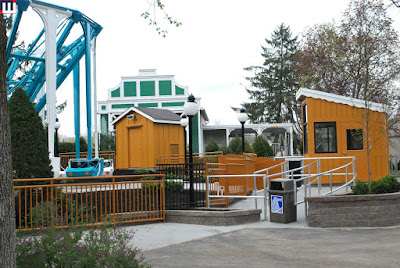 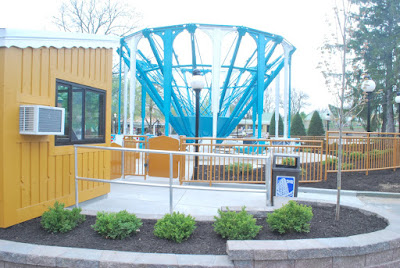 While not present yet, we expect the ride will also receive a new logo marquee sign. 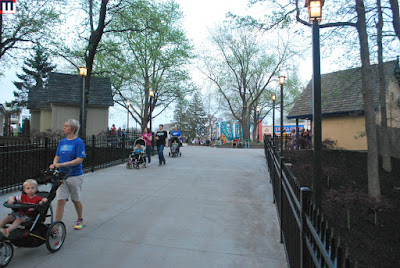 New concrete, fencing and light poles have appeared on the Orient Bridge. 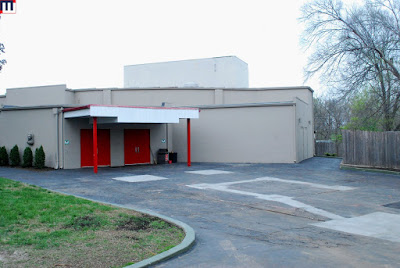 Tivoli Music Hall's long covered entrance was removed this off season.  We are not sure if the building will receive a new facade or what the plan is for this area.  The Tivoli will be dark most of the season excluding the Festival of Music. 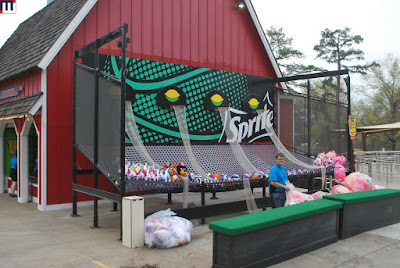 In Americana, the basketball game has been moved and faces Detonator now.  This should have happened a long time ago as it really opens up the midway. 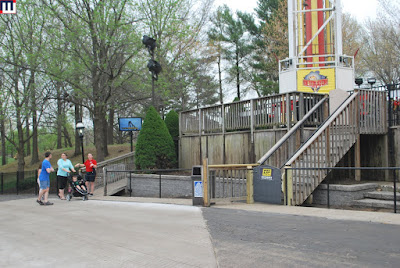 Also in the area, you can see how Detonator's queue was shortened some and no longer goes out into the midway.  The entrance is where the worker in red is standing. 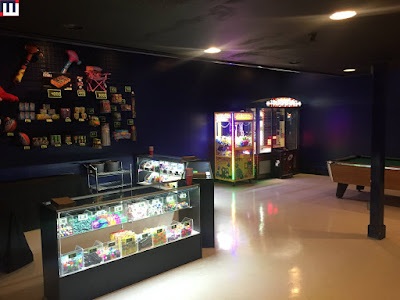 We ducked into what used to be called Joe Cool Arcade and we are definitely wondering how much longer this "attraction" will be with us. 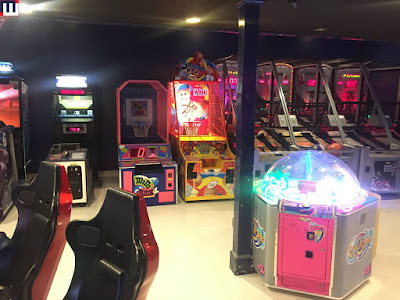 The amount of games has really become pathetic. 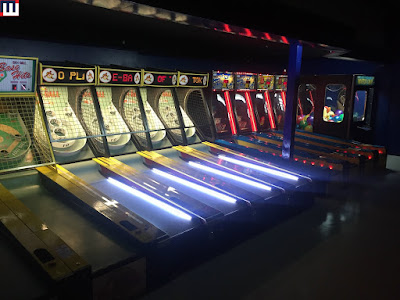 These are the only skeeball tables in the park now. 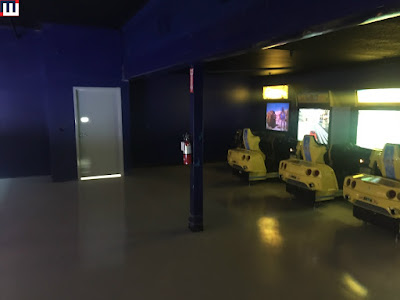 You can see how empty the place is of games compared to how it used to be.  We also checked the map and Joe Cool Arcade is not even mentioned.  So we think this might be a placeholder for now. 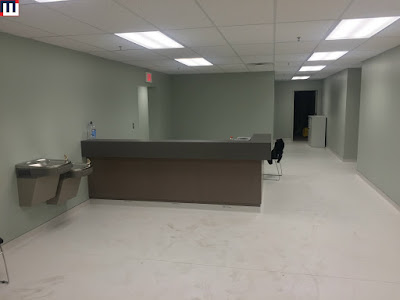 Another reason we think it is just a placeholder is due to the fact that First Aid has moved into the south portion of the building.  It appears they are still putting finishing touches on this building though.

Make sure you check out all of the updates from WOF today that we posted.
Labels: Worlds of Fun
Newer Post Older Post Home