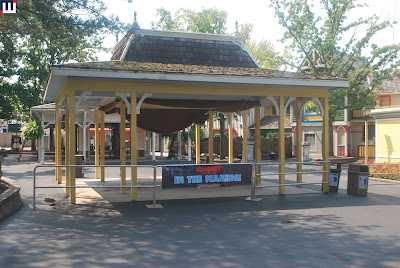 Preparation work for this year's Halloween Haunt is ongoing at the park. The most noticeable changes are happening the section of the park that was formerly Bicentennial Square.  The gaming booths have been completely removed and now only their roofing structures remain. 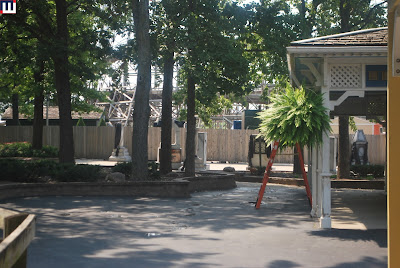 The queuing area for the maze formerly known as "London's Terror Square" is being set up. 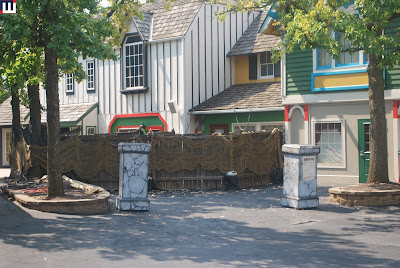 This year, "London's Terror Square" will be known as "Rippers Alley" -- here you can see that they are in the process of setting up the exit to this maze. 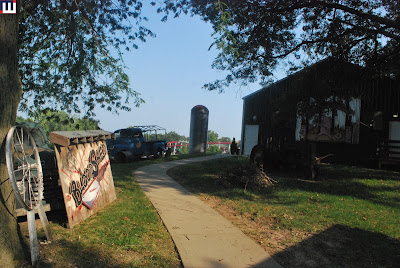 Blood Shed's outdoor decorations are in the process of being set up.  The marquee for the maze has also appeared and is awaiting installation. 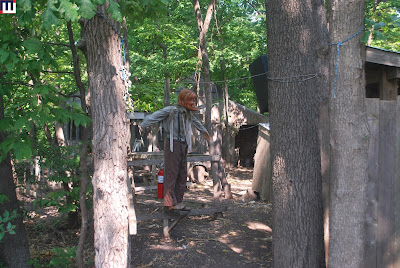 They have already begun to install the corn stalks in the CornStalkers maze. 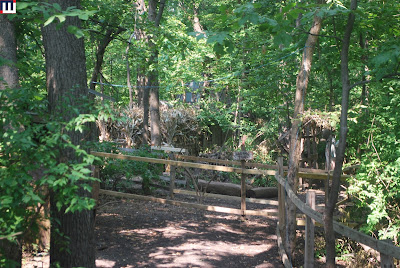 You can see some of the corn stalk installation a little better from the maze's exit. 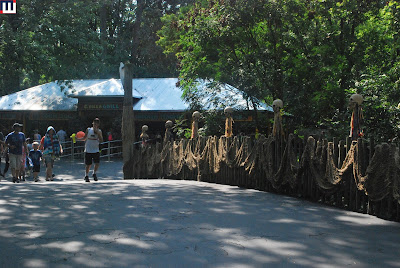 Decorations are already going up around the park.  This is in the Africa section. 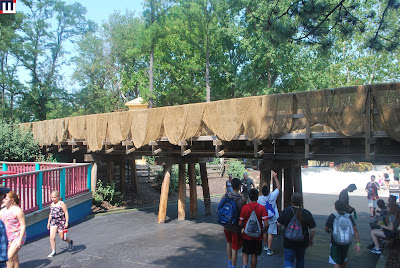 Train bridge over the entrance to Europa. 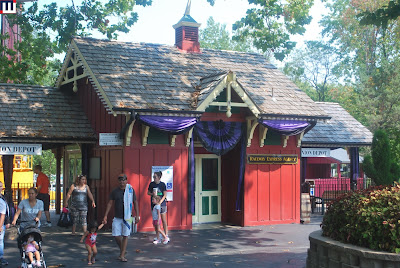 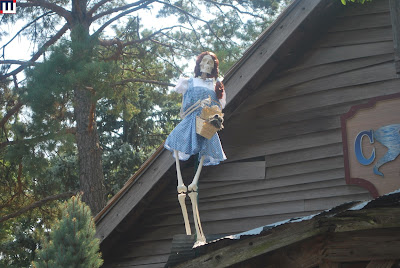 The Wizard of Oz skeletons have returned after a year's hiatus.  They are located around Cyclone Sam's Cloudpoofer 2000. 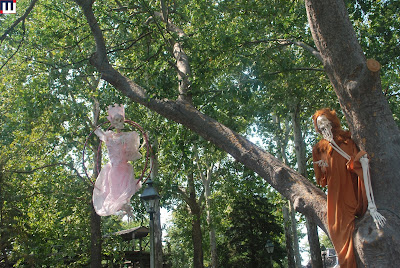 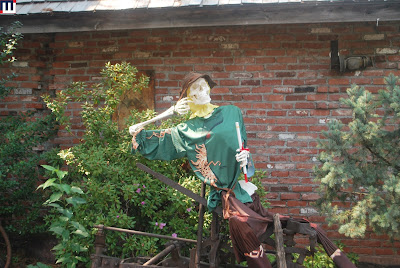 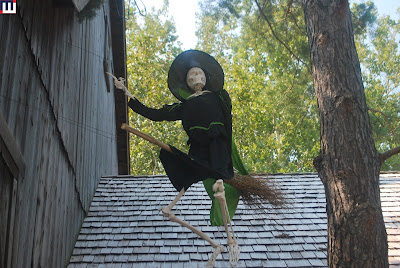 There were a bunch of tombstones awaiting placement in the entrance area to the Heart of America Amphitheater. 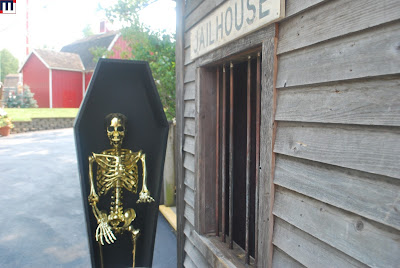 Lots of decorations and props in the Outlaw's Revenge scarezone area. 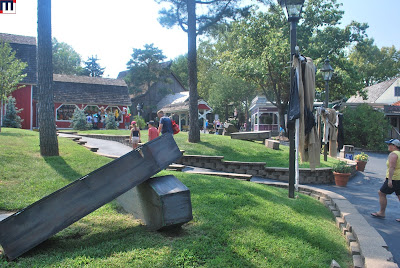 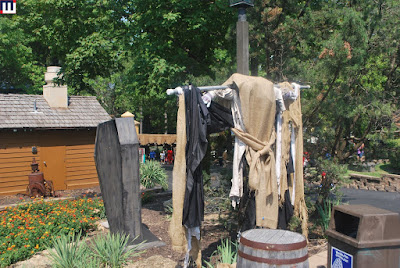