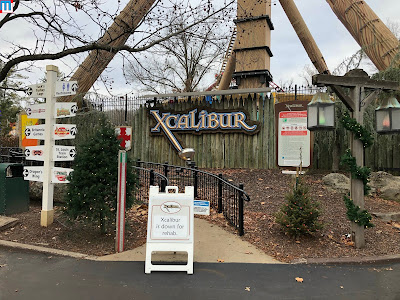 While Xcalibur never opened this season, it made a lot of progress towards the end 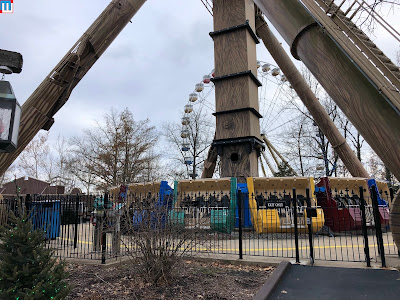 Official word from the park is that it will be back and operating next season, which is awesome as it has been SBNO for almost two entire seasons now 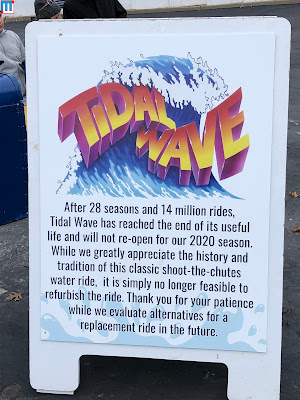 While Xcalibur is making a comeback, Tidal Wave was not as lucky.  A new sign has been posted stating that the news of Tidal Wave's demise is true. 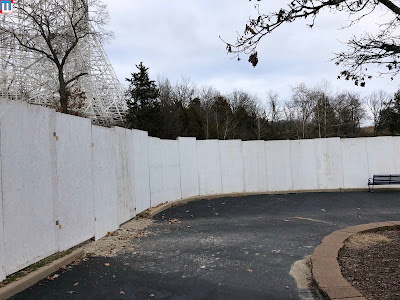 They didn't waste any time ripping it out either. 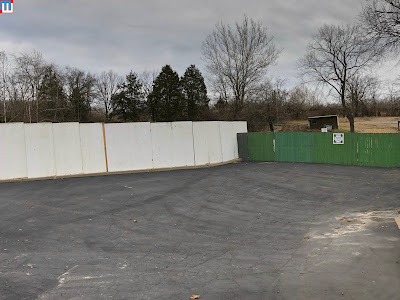 Also, get used to seeing this big white wall for awhile.  Currently there are no plans to put a new attraction here any time soon. 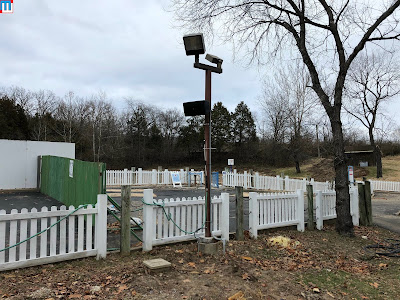 They even tore out the load building and the queue line and entrance.  While it was impossible to get a photo of the area from the ground.  SkyScreamer provided views of the area and it is completely flat now.  Nothing is left. 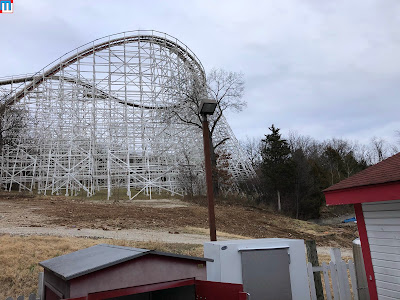 The lift and turn of Tidal Wave should be in this photo.  It is crazy to see this area so vacant.