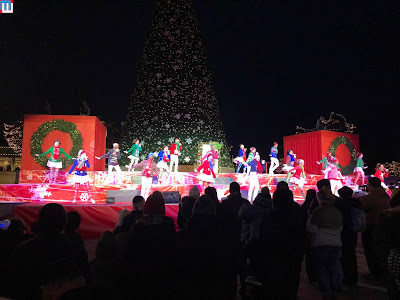 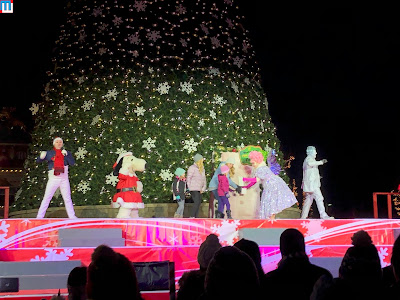 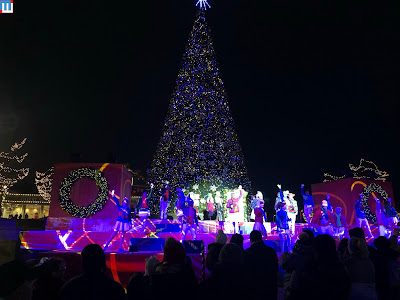 The tree is officially light and Winterfest is now open 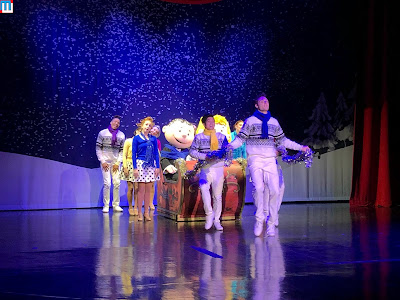 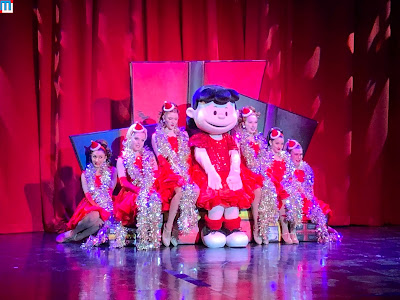 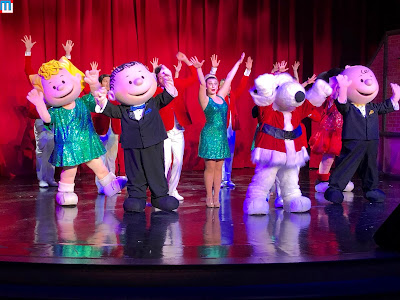 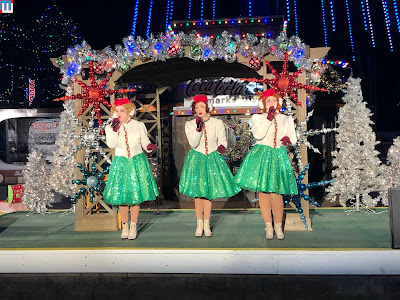 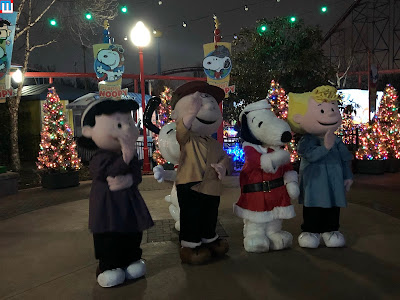 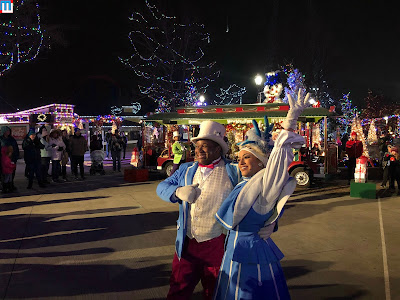 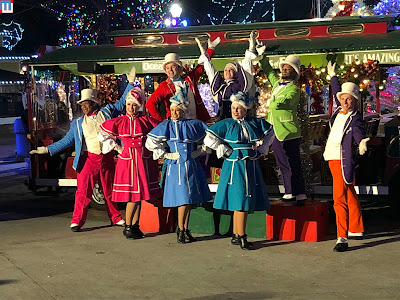 This show is a little hard to see if you are not in the very front as they do not actually perform on a stage, but instead perform on the midway 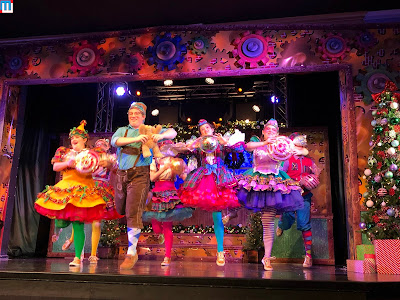 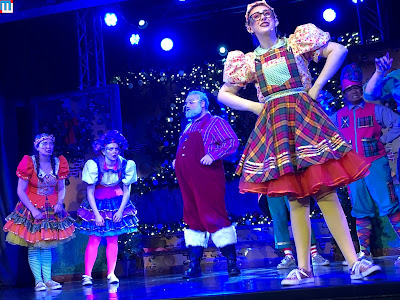 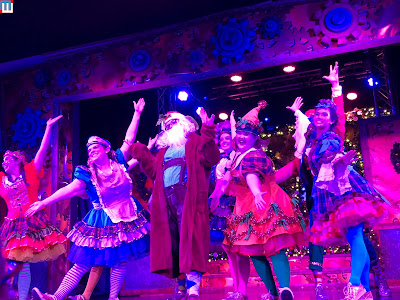 So they come up with lots of plans, including having Tinker step in to fill the big shoes of Santa 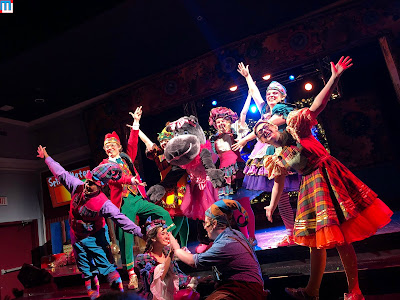 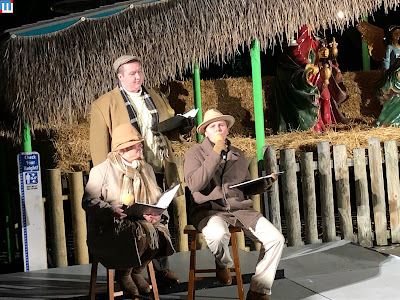 Sounds of the Nativity performs over near Zulu.  Our main complaint about this show is that there is really no set schedule.  They just perform whenever the mood strikes them and you have to hope you're in the area. 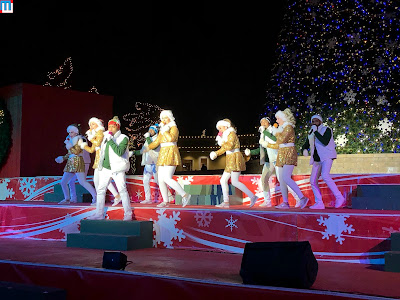 Cool Yule performs on the main stage in International Plaza 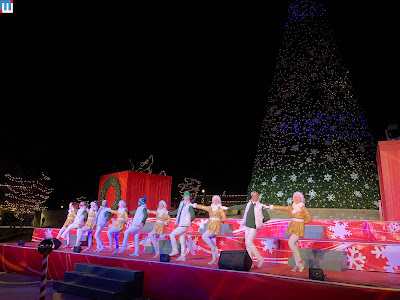 This show features a lot of newer Christmas songs