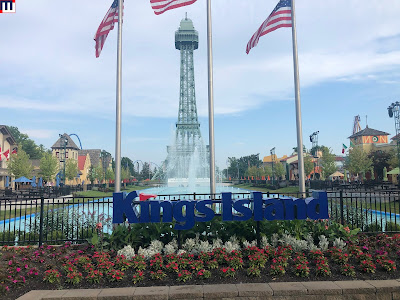 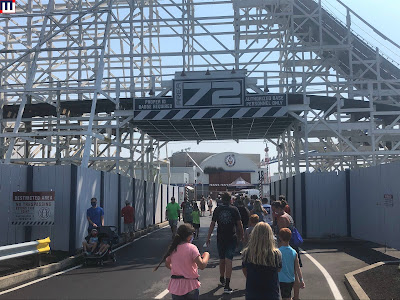 We headed straight to the new Area 72 at rope drop 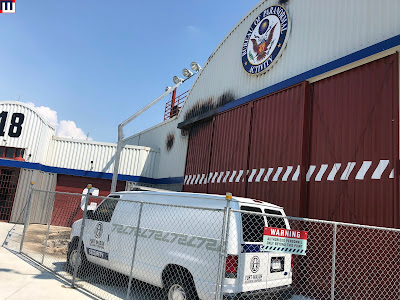 This area has really changed its looks for the better.  The theme is much more cohesive. 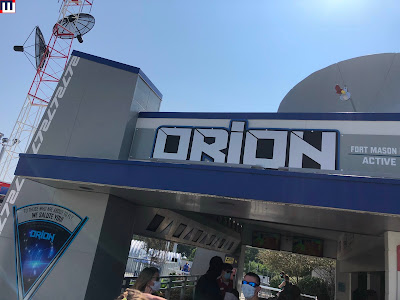 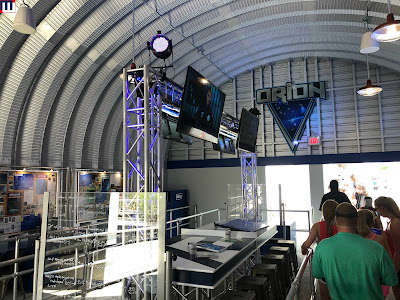 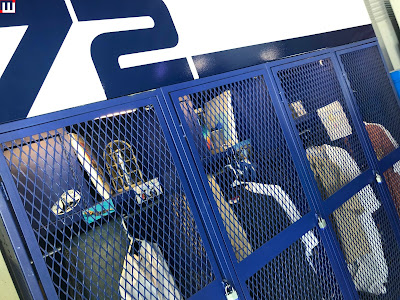 Looking into some of the lockers of the workers 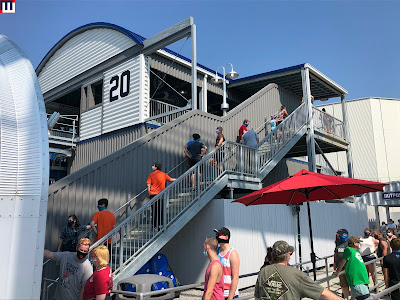 This is the station.  The wall on the stairs separates the regular line from the Fast Lane+ line 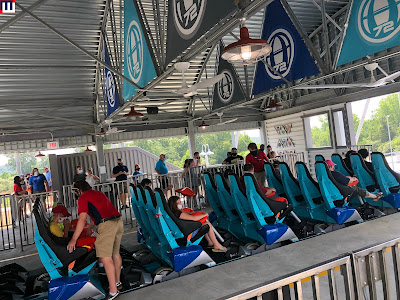 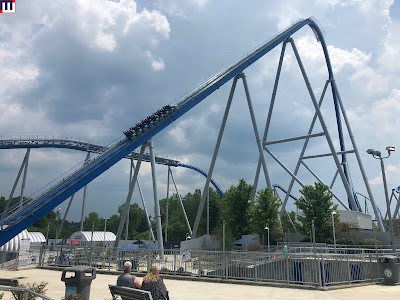 After climbing the initial hill, the train plummets down 300 feet 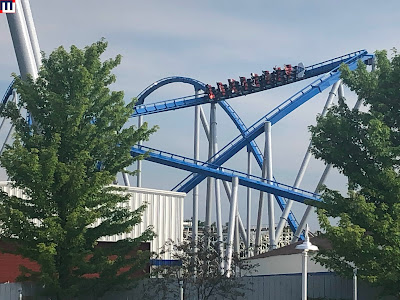 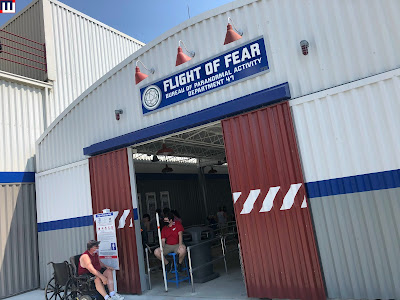 Also in the Area 72 is Flight of Fear, which received a new exterior to tie into the new themed look of the land.  I think it is a much needed upgrade. 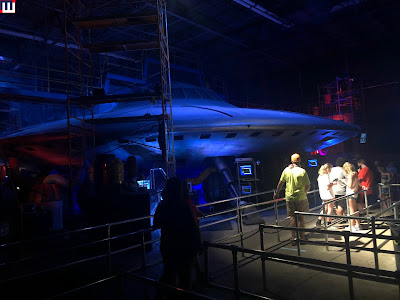 The spaceship is still inside the hangar 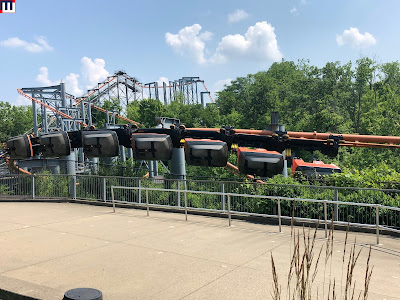 After leaving Area 72, I headed towards Action Zone where we took a couple laps on the best coaster in the park - The Bat.  Seriously, this ride is a lot of fun 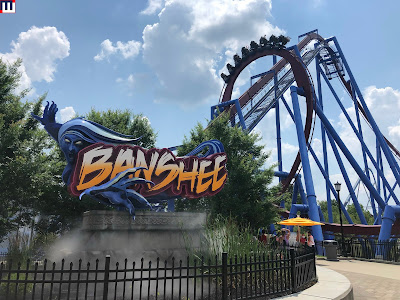 Next we went and rode Banshee.  This extremely long B&M inverted coaster has developed a nasty rattle this year and did not seem to track as smoothly as it did in the past. 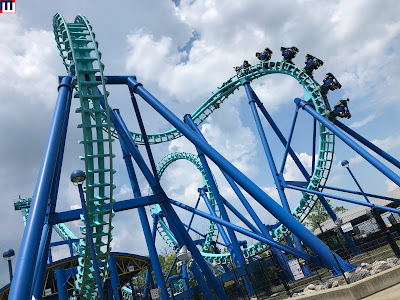 With smaller crowds, we were able to get a walk-on ride on Invertigo.  This ride is actually a lot of fun and the seating is very ingenious. 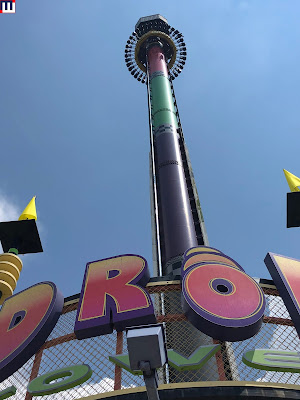 You cannot visit this area of the park and not ride Drop Tower.  It's like a rule or something 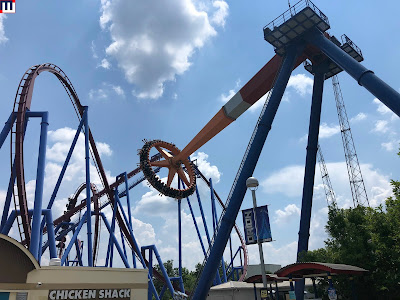 Delirium is just a lot of fun. 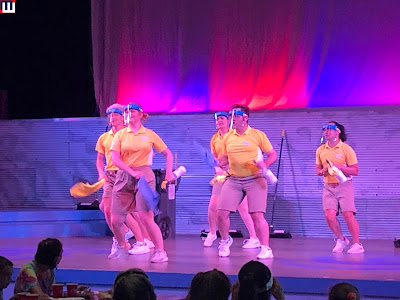 We had lunch in the A/C Festahaus.  We were surprised to see live entertainment performing on the stage.  They were doing some parody pop songs that dealt with cleaning and such to tie in with the current COVID-19 pandemic regulations the park has 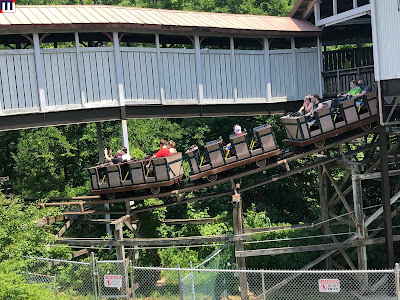 Adventure Express was hauling today.  This is a very underrated coaster 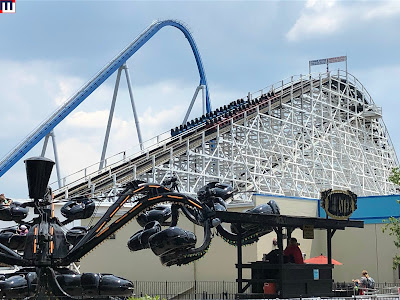 Next we took a lap on each side of the The Racer.  It looked like both sides had received some retracking in the far turnaround.  Blue seemed to provide a smoother ride than Red today 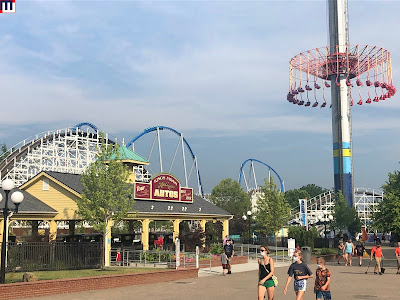 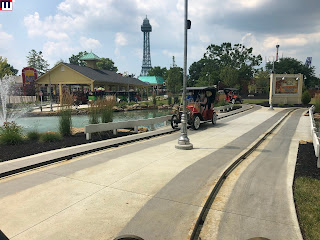 I really like this layout.  Very interactive with the other cars and lots of stuff to look at 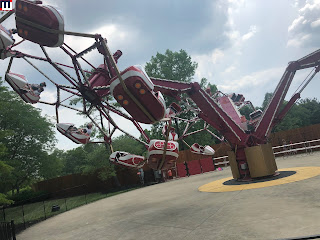 By now you probably know that Swoosh loves Huss Trokias, so we had to take a ride on Shake, Rattle and Roll. 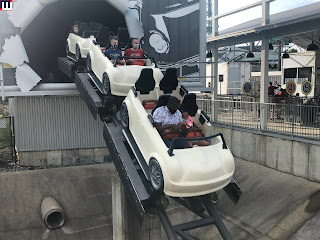 Backlot Stunt Coaster has probably the best tunnel finale on any coaster. 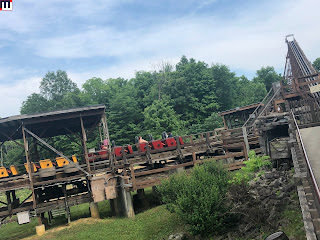 We were bummed that our favorite row (17) was roped off on the Beast, so we had to settle for Row 14 instead.  We were pretty shocked by how many trees are gone around the initial run to the lift and how in your face Orion is now on the ride 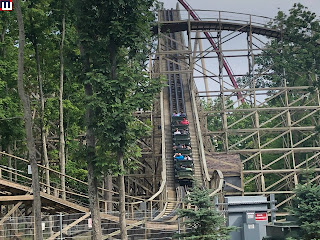 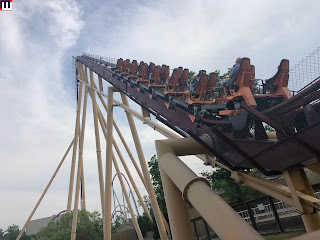 It'll be interesting to see if the addition of Orion will change ridership on Diamondback.  Honestly we have a hard time deciding which one we like better. 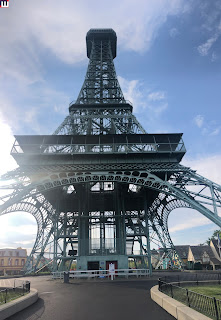 No visit to Kings Island is complete without a trip up into the Eiffel Tower and that's how we finished our day.  It was a great day at Kings Island.  Swoosh rode his 800th coaster (Orion) and we just a great time at the park.