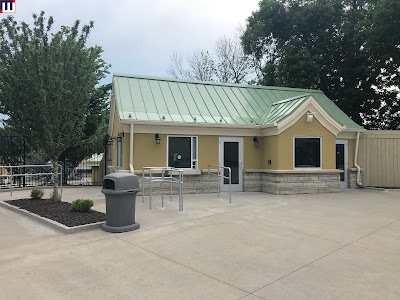 Decided to make a trip over to the park today.  I noticed some things that I missed on Opening Day.  First off, the signage on the Season Pass building is missing 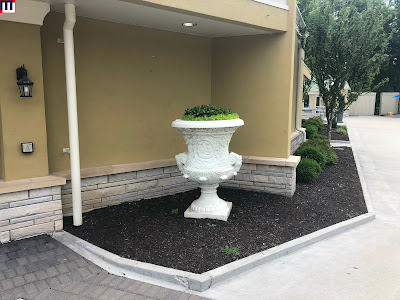 A large pot has appeared next to the Guest Relations building 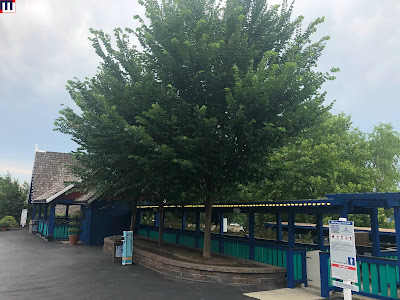 Still no boats at Viking Voyager, but the new paint in the queue looks great.  Also check out how tall those trees are getting. 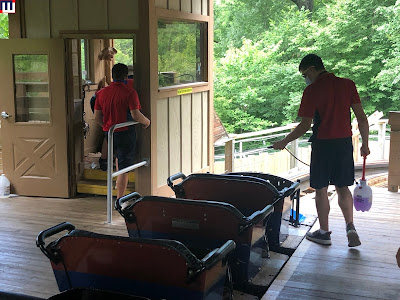 Prowler was running great today.  Both rides were actually pretty smooth.  It must be the row you sit in or something. 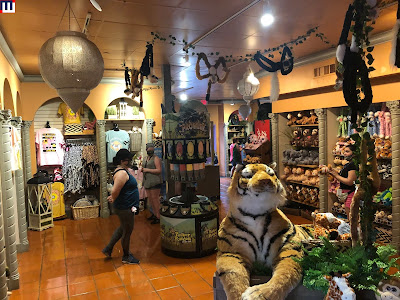 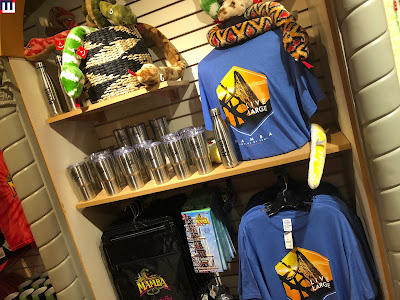 This is the store to visit if you want ride logo apparel.  It has the biggest (and best) selection 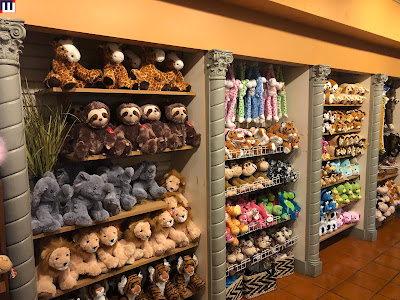 The stuffed animals were pretty cool 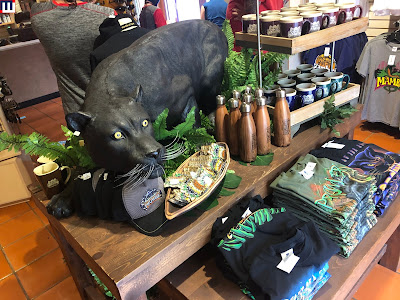 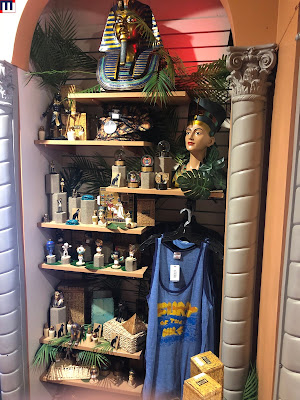 They actually had a Fury of the Nile section.  I don't think the park has ever had Fury merchandise before 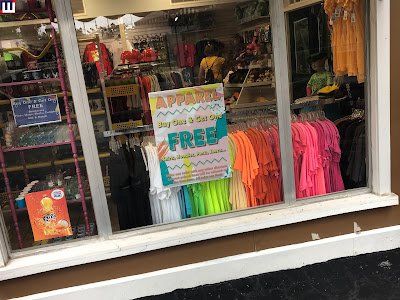 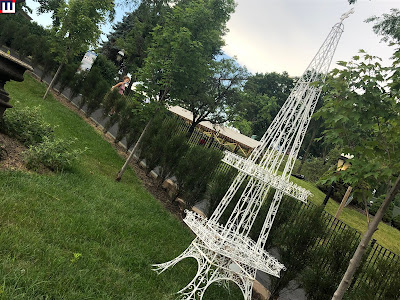 This was added since my last visit near Le Taxi Tour 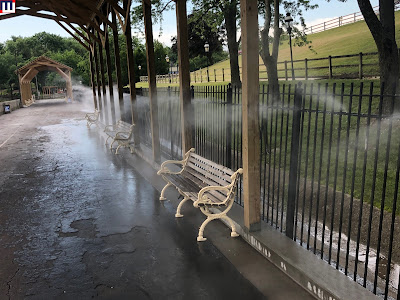 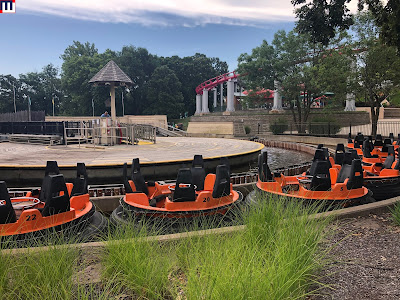 They were doing testing at Fury of the Nile today 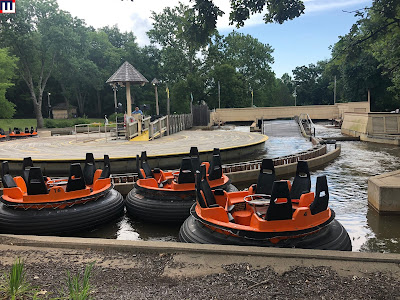 Look at that water pumping,  The load turn table and the conveyor at the end were also moving 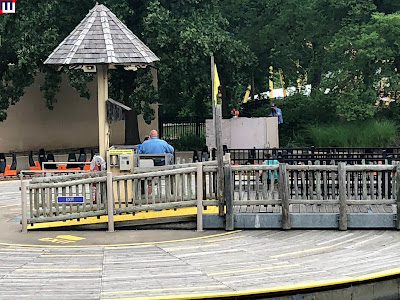 Shouldn't be too long before it is open for the season.  Oh and I should mention, even though I didn't get a photo, Monsoon was testing as well today.  They plan to open it without the rest of the waterpark soon. 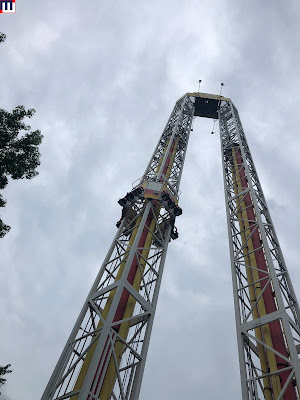 Detonator was also running tests today.  It looked like they were training ambassadors as they were going through their spiels and the whole checking of restraints over and over again 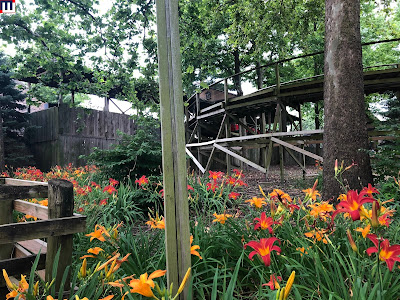 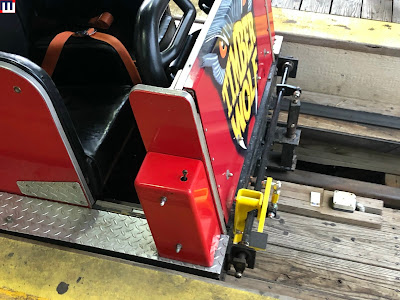 I missed this last time, they have put new manual release steps on the cars of Timber Wolf.  This speeds up the "stuck restraint" process quite a bit. 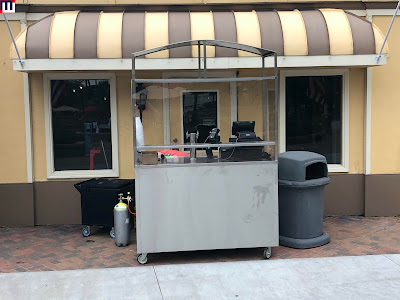 Not sure what is going on here, but they were in the process of setting up this stand near Front Street Emporium.  Beer maybe for the weekend? 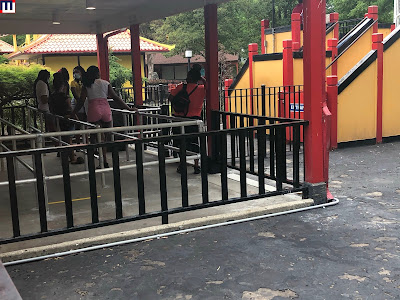 We didn't really go into detail on the new Bamboozler exit last time so I thought I would take some photos to better explain.  So they have decreased the queue area and have added an exit path on this side.  That woman in the red is in the exit pathway 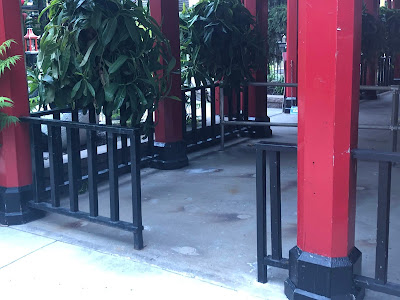 The exit pathway then empties here next to the Orient Restrooms 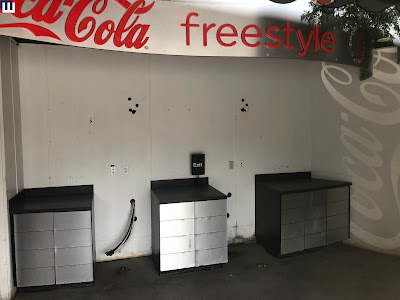 I peeked into the Coke Freestyle booth in the Orient and the Freestyle Machines are nowhere to be found.  Doesn't bode well for their return this season 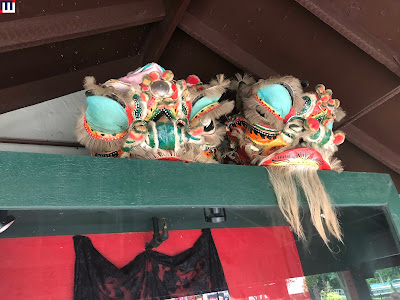 One last thing.  Have you ever noticed the dragon masks on display at Rickshaw Richard's?  They are above the main display window outside of the show.  If you don't know to look for them, you'll miss them.
Labels: Worlds of Fun
Newer Post Older Post Home