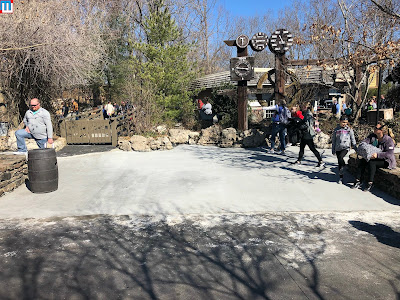 Lots of changes around the park.  The first happens even before you enter the front gates.  Large sections of pavement have been replaced with concrete around the water clock plaza. 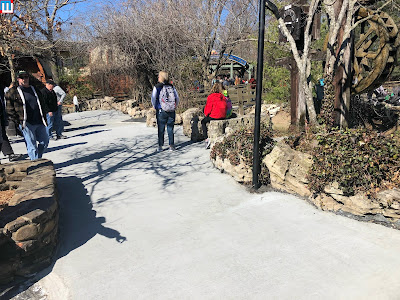 It looks quite strange to see this bright white concrete where there has been asphalt previously. 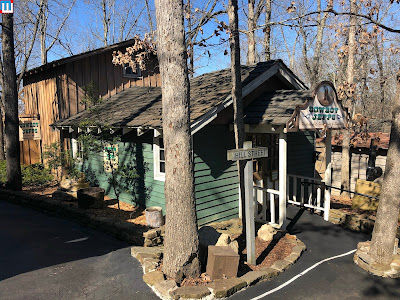 Time for the City Shuffle.  Cowboy Jepp's is now on Hill Street where In His Hands was formerly. 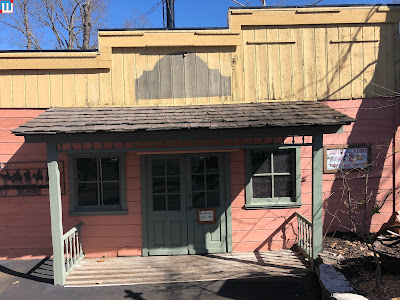 White River Mercantile will be in Midtown where Cowboy Jepp's was last year. 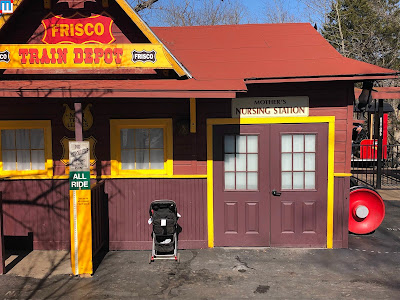 The Depot Store is now a Nursing Station. 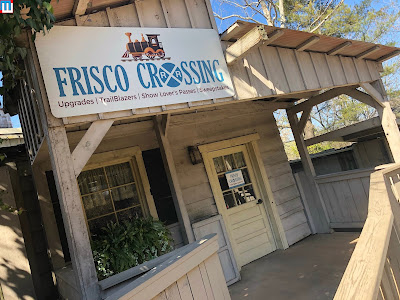 A new customer service center is being put in the store next to the rail road crossing. 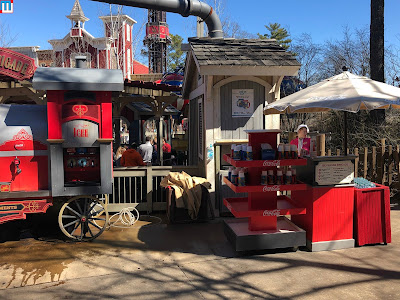 This refresh station was actually open.  I cannot remember the last time it was open. 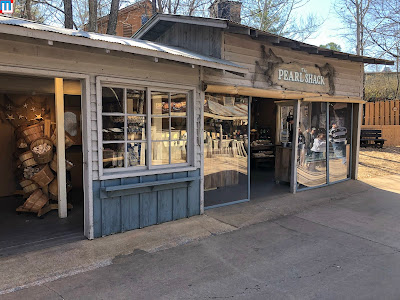 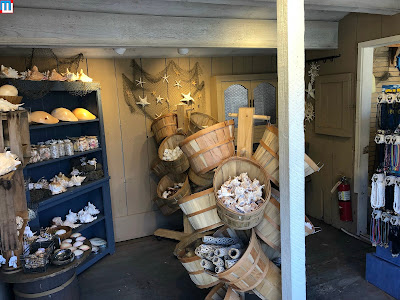 The smaller location actually works for this store. 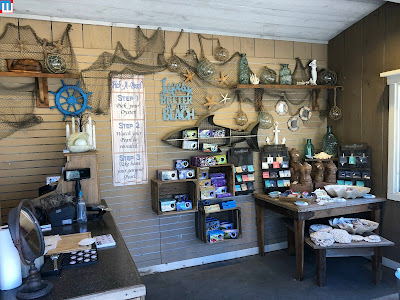 A look inside the shop 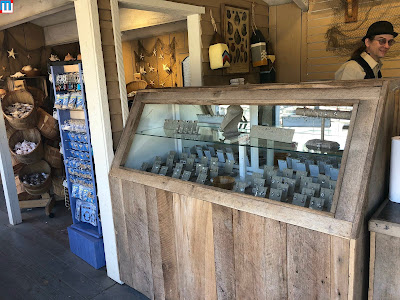 I'm sure it will be just as successful here. 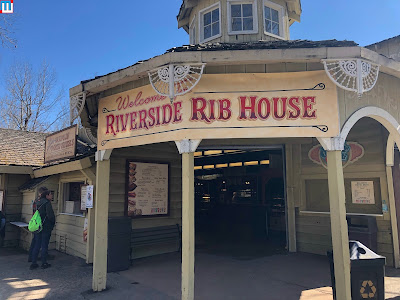 Since the former Riverside Rib House was torn down, it is spending the summer in the Carousel Barn while waiting for its new location to be built. 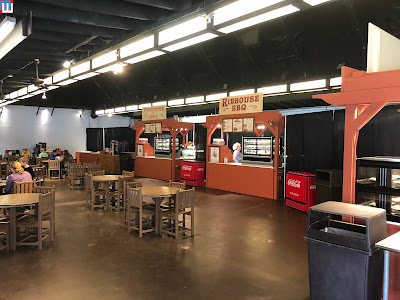 If it reminds you of a smaller House of BBQ (from the Bluegrass and BBQ festival) than you're not alone. 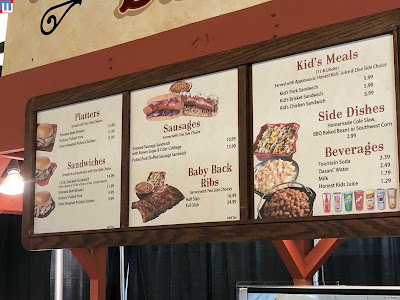 Here is a look at the menu options 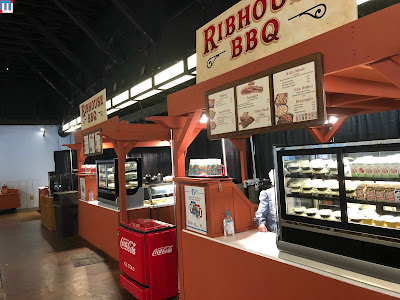 There are 3 booths and it appeared that they all sold the same thing. 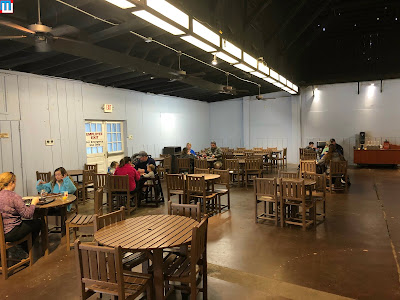 Here is the dining area.  I think they could class up the walls a bit with some decor. 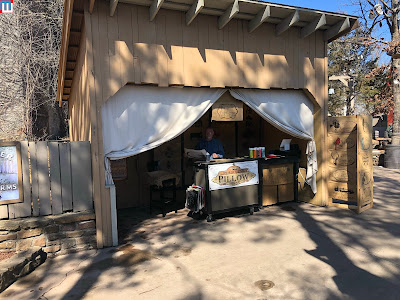 The pillow decorator has moved to the Wilson's Farm area. 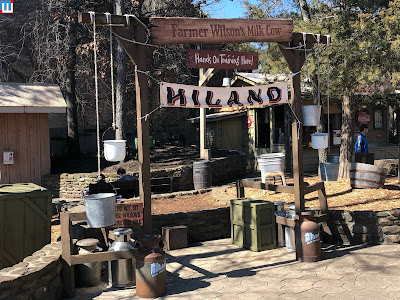 The Cow has not returned yet for the season. 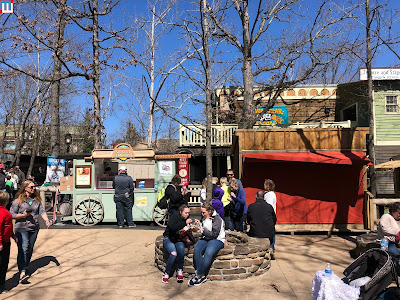 The booths keep multiplying next to the Saloon.  The one with the red curtain will be the new home of the Bent Spoon (which was formerly on the White River Mercantile porch) 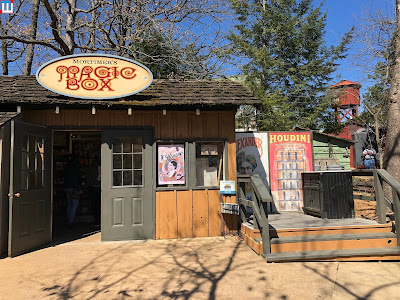 Magic Box is back in the shop at the end of Hill Street. 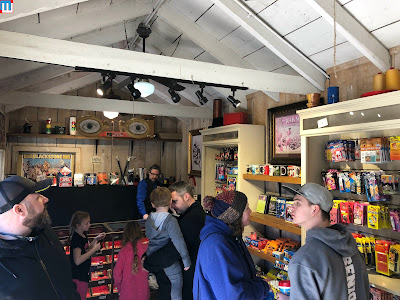 It basically looks the same as it did the last time it was in this location. 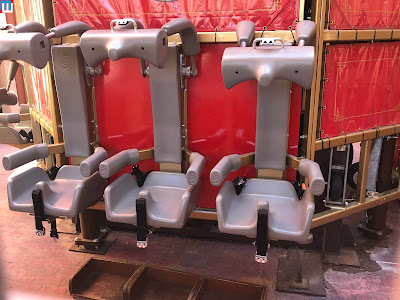 Some other random changes around the park include the addition of another seat belt of Fire Fall.  I don't understand the thought process behind this addition as it was not needed and it really slows down the load process. 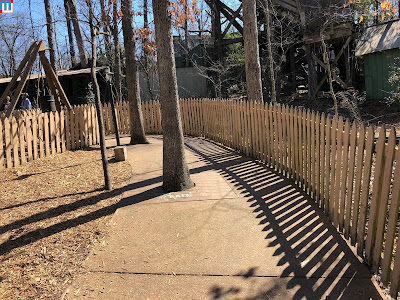 Near Corkscrew Pass, a new fence has been added forcing people to now take the concrete pathway instead of cutting through the wood chips. 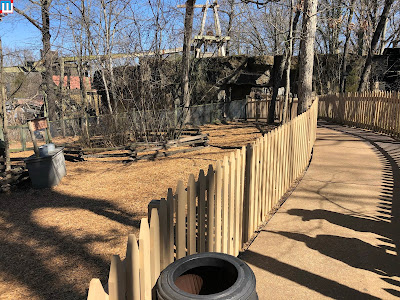 So if you are used to cutting through, you cannot do that anymore. 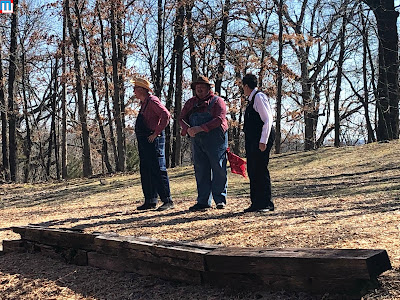 Look for a new set of robbers on the train this season.  They were being trained today and they did a nice job with the spiel skit. 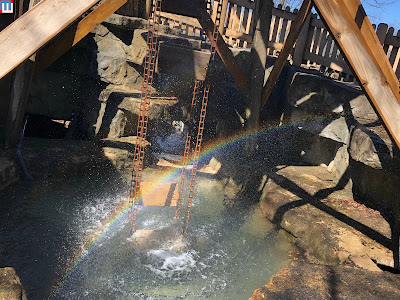 The season is just starting and we're sure even more changes will happen over the course of the season.  We'll keep you updated.
Labels: Silver Dollar City
Newer Post Older Post Home