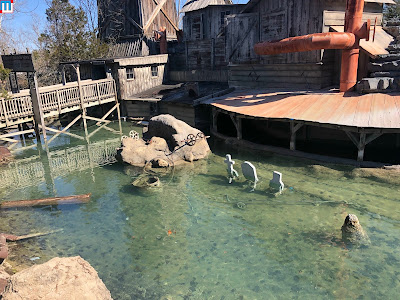 There were some significant changes and upgrades to the Flooded Mine this off season. 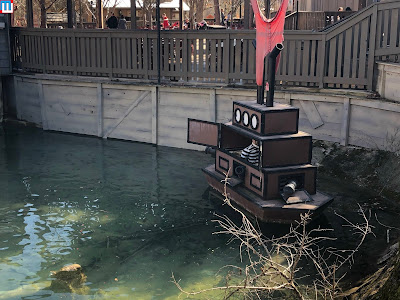 Several of these upgrades can be seen outside.  The first deals with the boat. 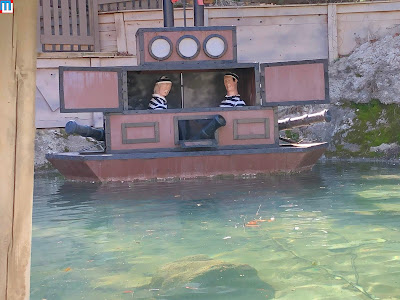 The prisoner on the left now moves. 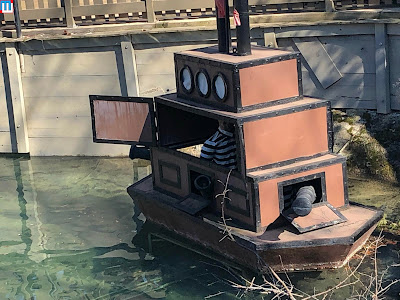 In addition, the cannon also moves 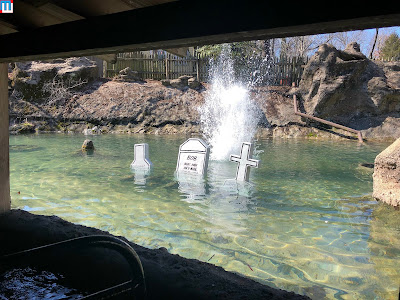 That's significant because the blast is "back" 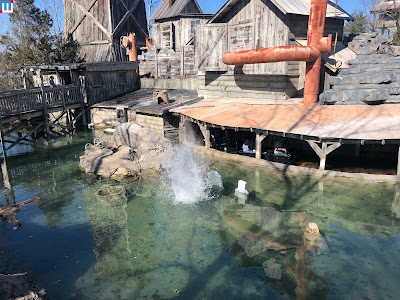 The effect is back, but it is all new.  The location was moved to behind the tombstones and it uses an air blast to make the splash instead of pressurized water like was used be for 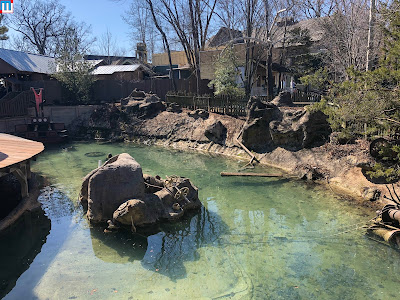 Next you'll notice that the hill has been cleared of overgrowth. 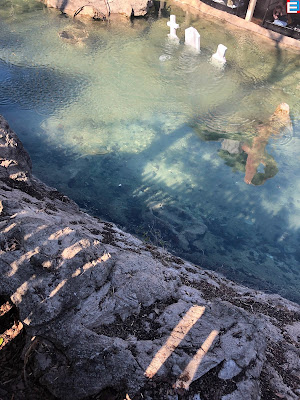 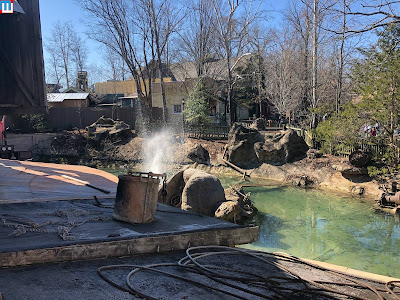 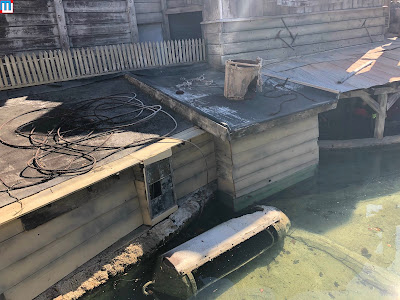 New boards were installed here on the lower level. 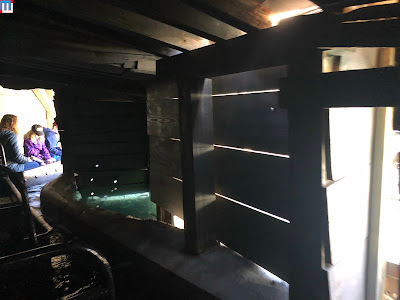 Here you can see them from the other side. 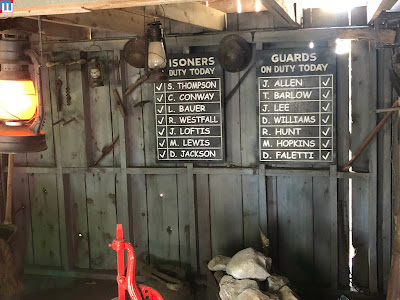 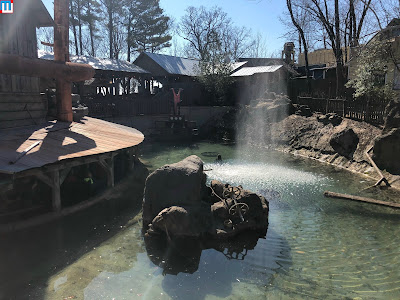 All right, let's head on inside. 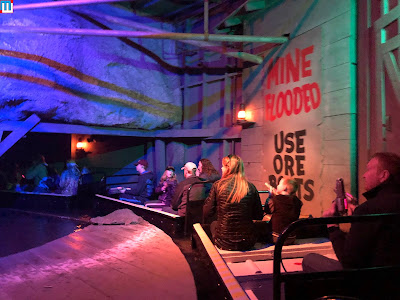 The first thing you'll notice is new lighting through out the entire ride.  All of the new flame lanterns were installed this off season.  They really lighten up the place. 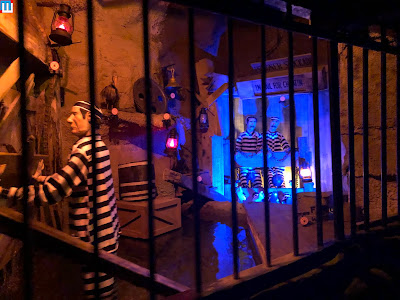 The show lights (especially the blue ones) are all new.  There is also a new talking bird target by the set of two prisoners. 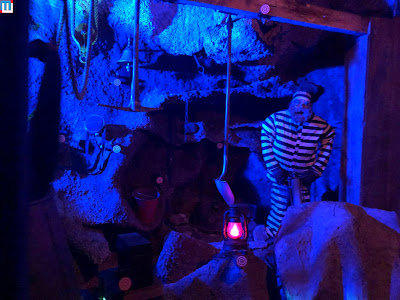 This scene is now blue. 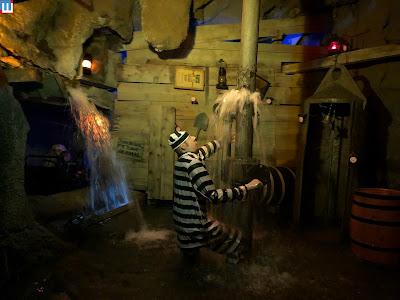 This guy is working again (off and on).  The water pump was also fixed on his pipe 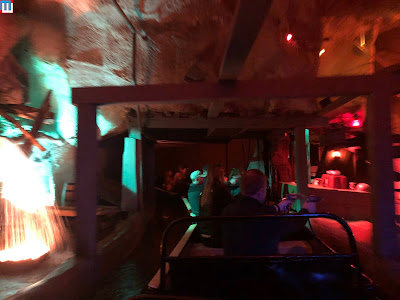 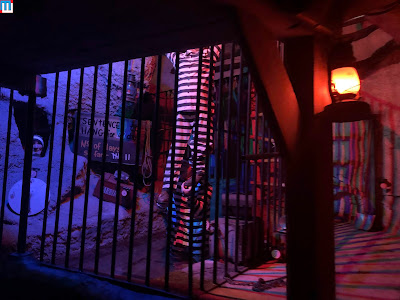 This scene's new lighting really give it a 3-D effect. 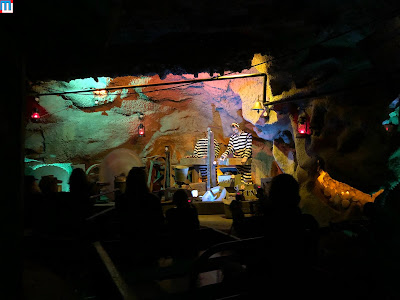 Make sure you really pay attention to this scene. 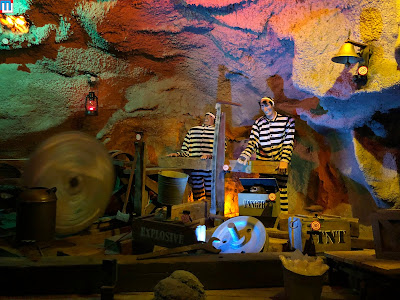 New lighting effects, the saw works, and some reclaimed sound effects that had been gone for awhile. 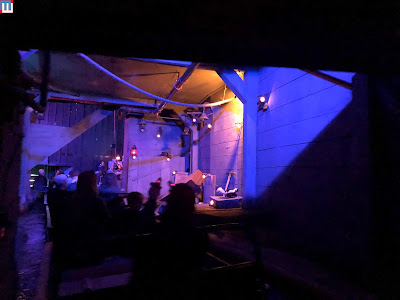 Lots of new lighting in this area. 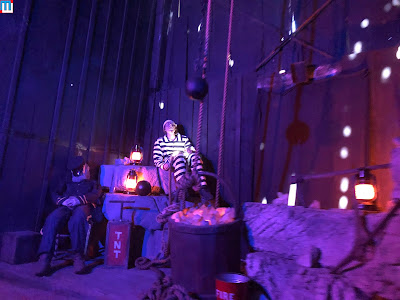 Hurry up, Fred isn't working anymore though and it might not return. 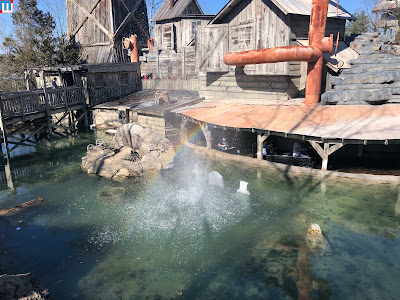 Next time you are at SDC please ride this treasure of an attraction (and take your family and friends).  The crew is really working hard to keep it in top shape and deserve to have high rider counts this season.
Labels: Silver Dollar City
Newer Post Older Post Home