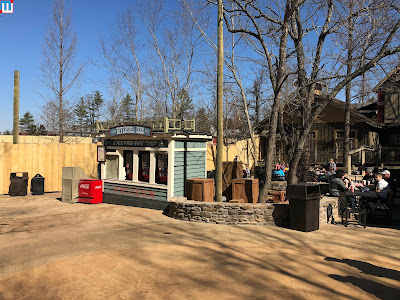 The New Rivertown has seen a lot of progress.  This is the newly revamped food court near the Playhouse. 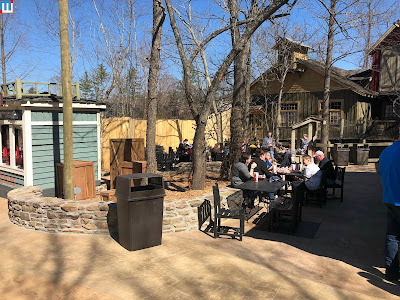 It is much more compacted than before.  You'll notice some of the old features are gone and there are new beds to replace older ones. 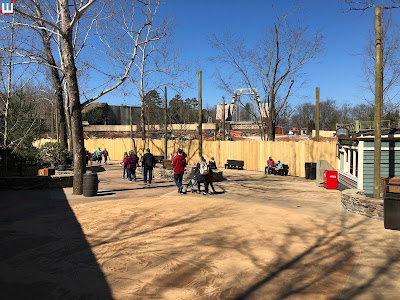 Moving on from the food court, you'll notice how the pathway hugs the Playhouse now. 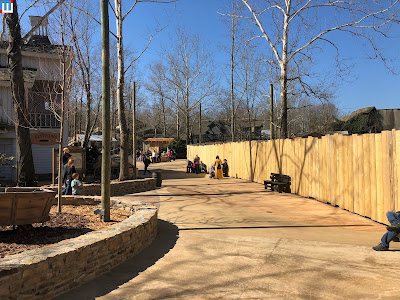 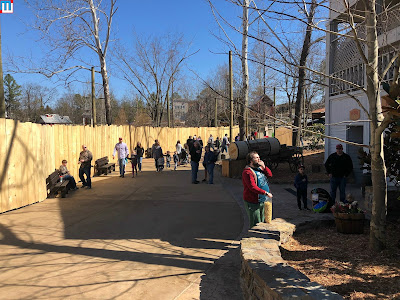 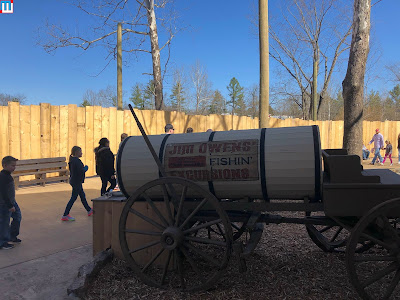 We were a little surprised to see that this survived.  It has now been moved across the pathway and closer to the restrooms. 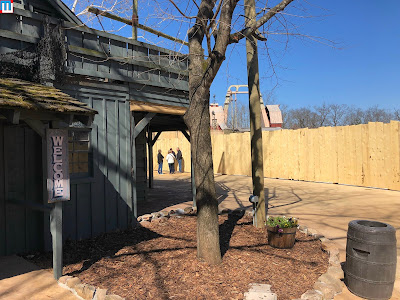 The former White River Mercantile building is still standing, but is vacant. 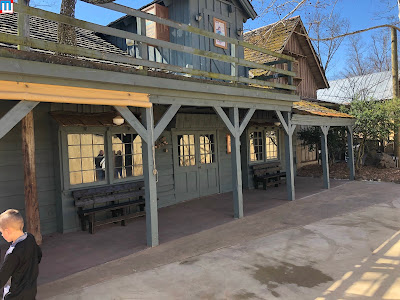 Which makes us question the logic on moving the store to Midtown if the building is going to sit vacant most. 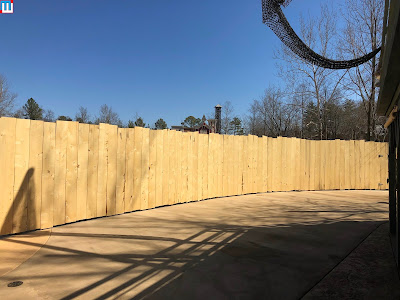 This has to be the longest construction wall I've ever seen at a park. 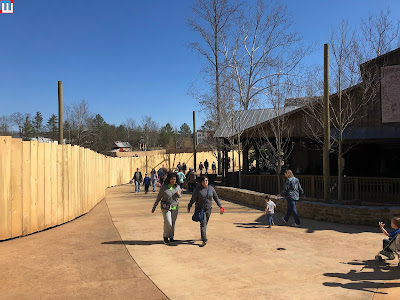 Looking back from where we came, you'll notice a lot of new light poles have been installed.  This area is set to get new lighting soon thanks in part to the park extending its hours this season. 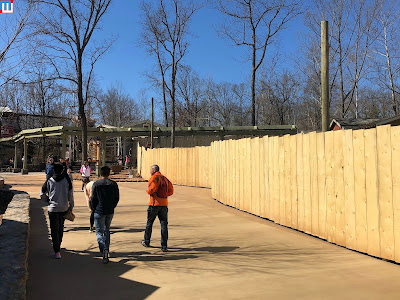 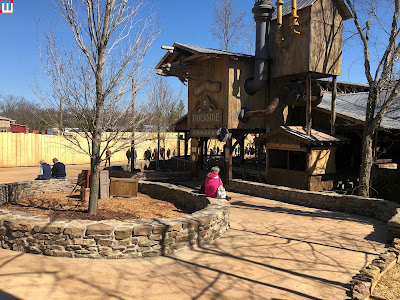 Dockside Theatre is still standing and the area around it received some major changes.  New pavement, planters and the removal of the creek that used to wrap around it. 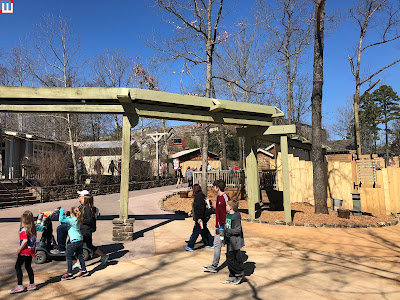 The overhead water feature that used to be in this area has been removed and is now rerouted towards the restrooms across from the pizza restaurant. 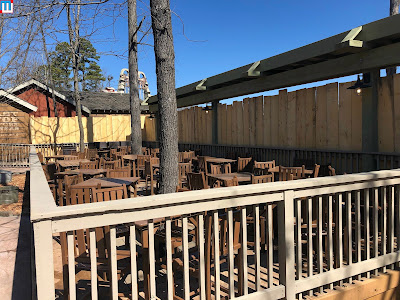 Finally a new dining patio was constructed across from the pizza restaurant.  This replaces the old patio that was removed along with Rib House
Labels: Rivertown, Silver Dollar City
Newer Post Older Post Home