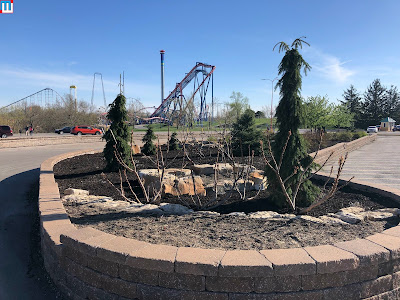 Landscaping improvements begin in the parking lot.  This is near Lot C 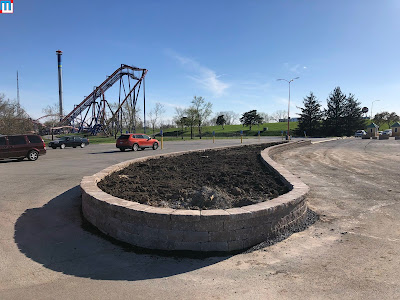 A large new flower bed has been created near Lot B 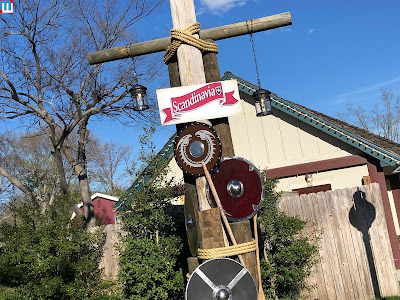 New this year are signs indicating the different lands around the park.  This Scandinavia sign is between Plaza Gifts and the new Scandi Candies. 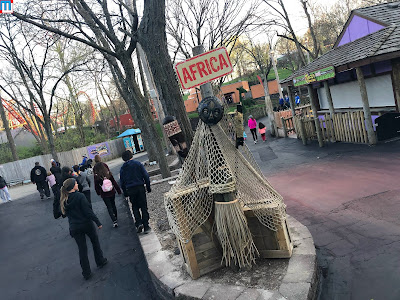 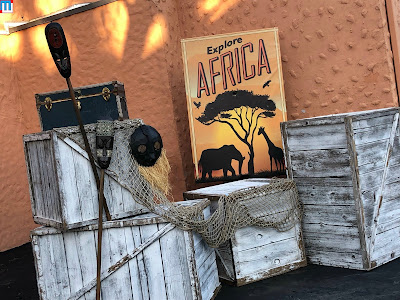 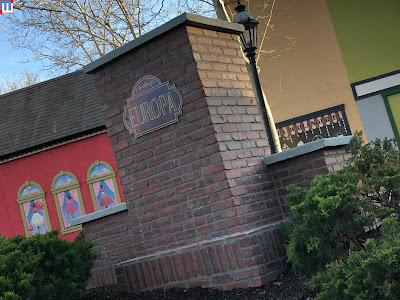 Europa sign near Moulin Rouge (and yes those are real bricks) 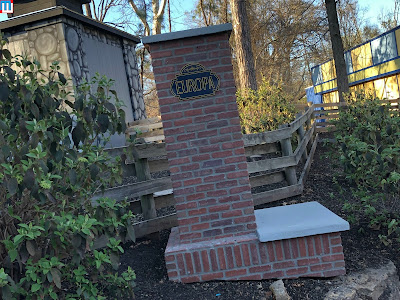 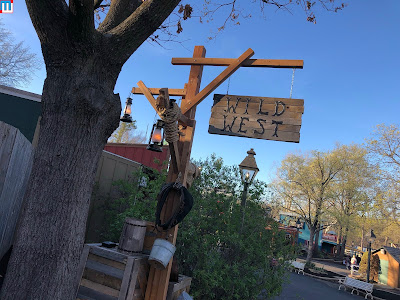 The new Wild West section also has signs.  This one is near Cyclone Sam's 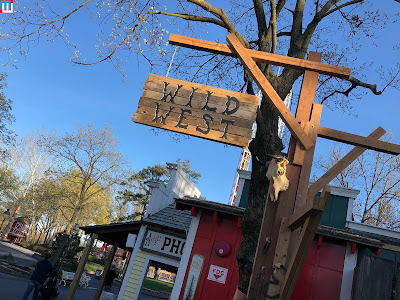 This one is near the Old Time Photos.

While the other sections of the park do not have signs yet, we believe they are on their way and will be installed soon. 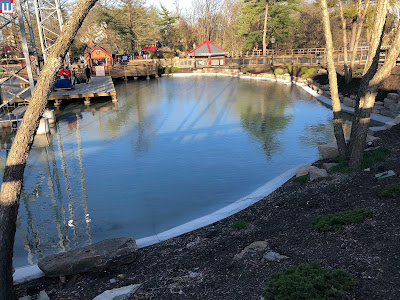 There's water back in the RipCord Lake. 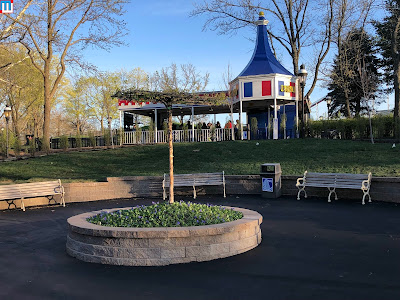 They finally removed the last remnants of Hot Summer Lights.  This area looks much better now without all the random cement slabs and electrical outlets. 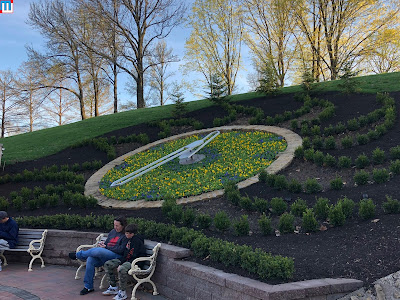 New design at the floral clock for this season 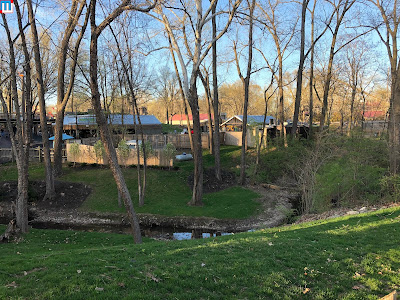 The brush in Africa has been really thinned out. 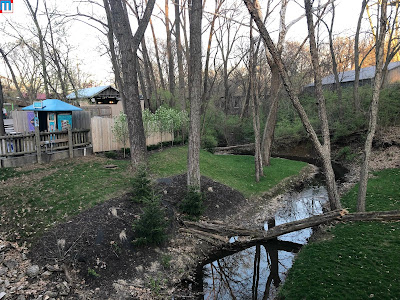 They went even further back with the clearing of the brush.  It looks much better. 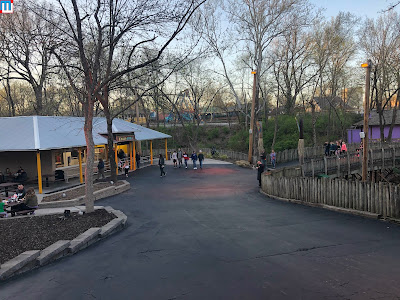 It appears they thinned out the trees on the other side of G'rilla Grill as the Sea Dragon is now very visible. 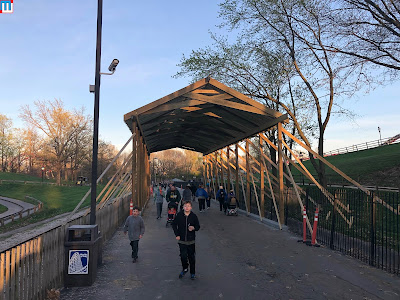 New shade structures are being constructed on Forum Road. 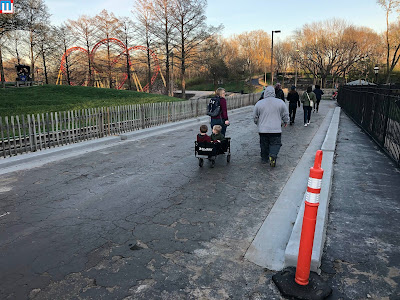 There will be two when they are finished.  This one has yet to go vertical. 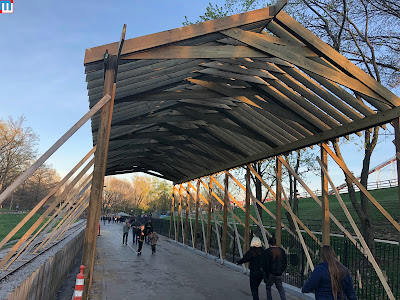 These structures are massive and will really change the appearance of this area. 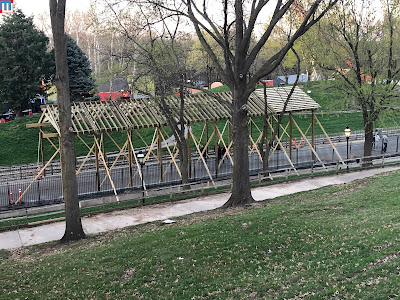 If you look on the right side of the structure's roof, you'll notice how a lattice pattern has started, which will eventually be continued the length of the roofs. 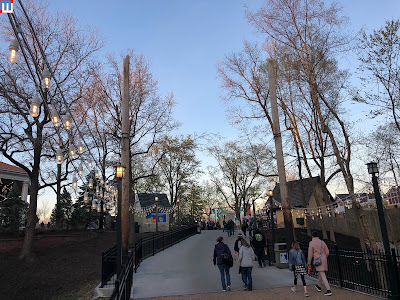 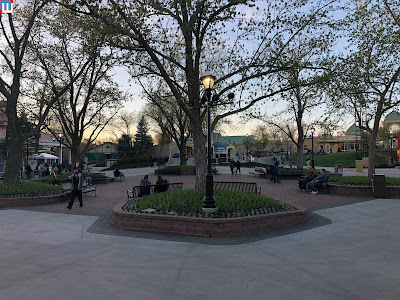 Even for Opening Weekend, the park looks better than it has in years.  These new additions really help add to the park's character and we look forward to additional surprises that the park has in store for this season that have yet to appear.
Labels: Worlds of Fun
Newer Post Older Post Home