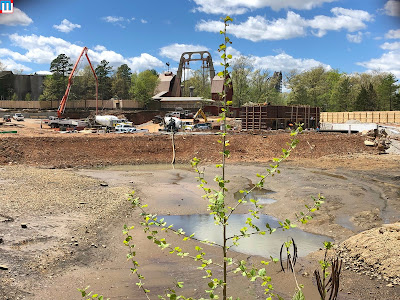 The building at the back of the construction site has gone vertical since our last visit. 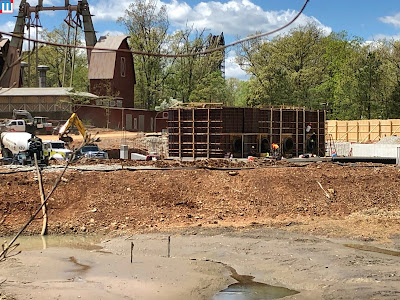 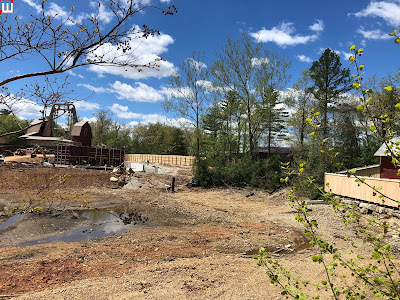 Some additional foundation work has appeared near that structure, so we'll have to keep an eye on that. 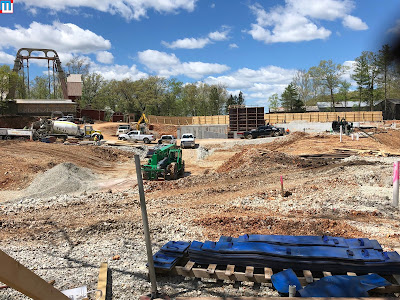 Here's a photo to give you an idea of where the pump house is located on the site. 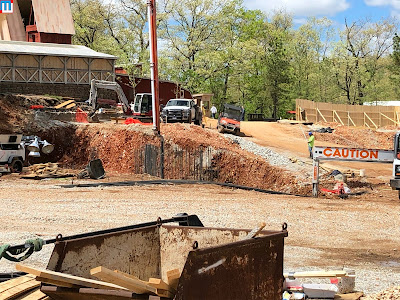 Today, they are working very hard on this deep foundation. 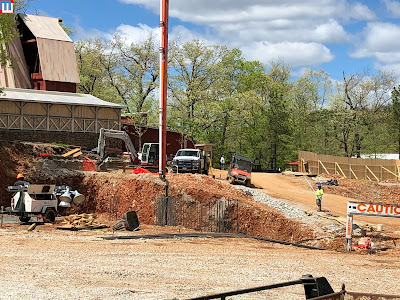 A lot of concrete is being pumped into this hole in the ground. 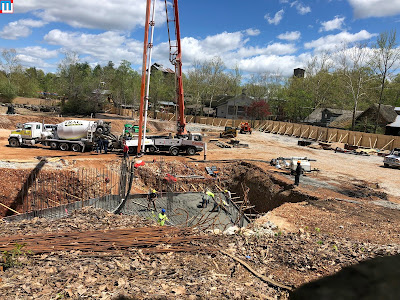 Here you can get a good idea of the size of this hole.  Look how small the workers look. 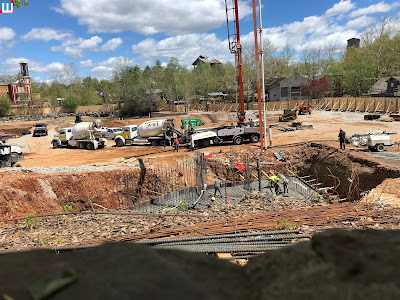 It'll be interesting to see what this massive footer will be for. 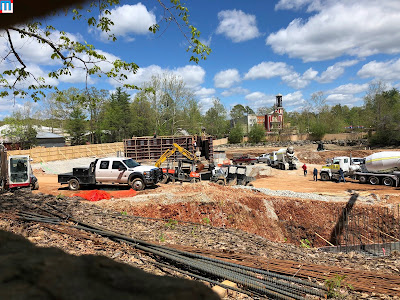 Here's the other side of the pump house.  You can see that it appears only a couple walls are vertical as of now. 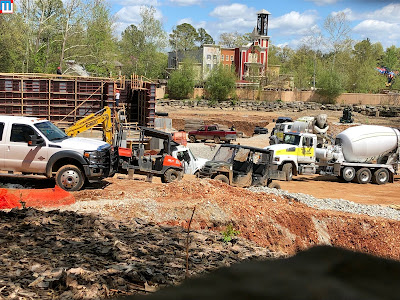 The cement mixers were really coming and going today.  Lots of concrete being used. 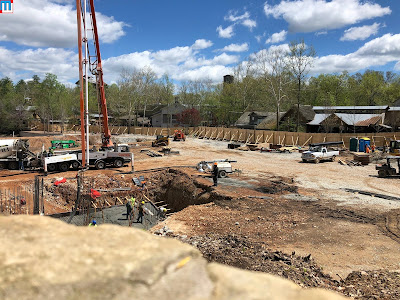 Honestly this is the most traffic I've seen at the site this far. 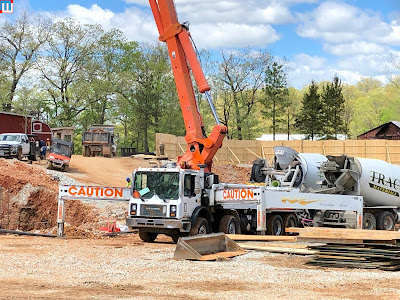 Here you can see how the cement pumper works.  The cement mixers dump their loads into a trough and then it gets shot up the extension arm to wherever they need it to go. 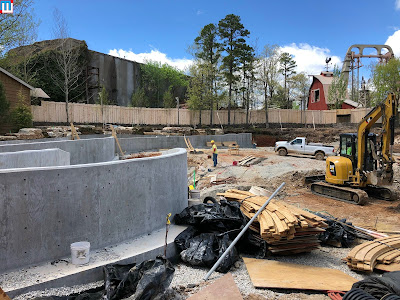 The trough continues to grow.  You can also get a better idea of how big the trough is when comparing it to the worker there beside it. 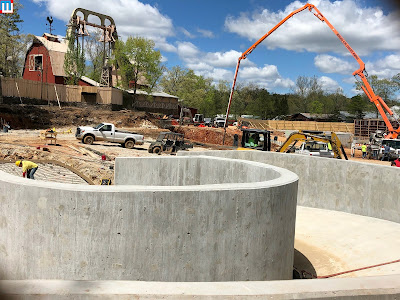 It looks like there will be a dip and hill after this tight turn. 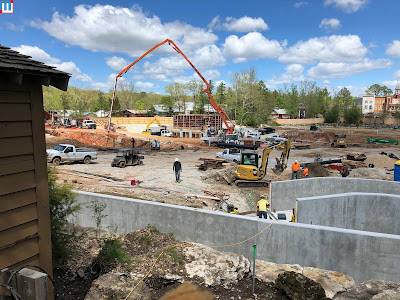 Filling the hole in the background and working on the base of the next part of the trough in the foreground. 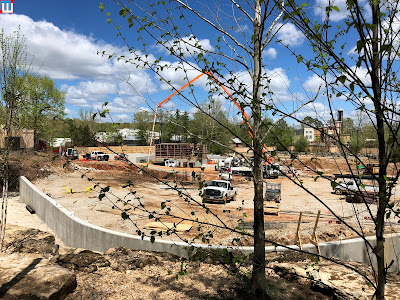 Here you can see where the trough ends for now 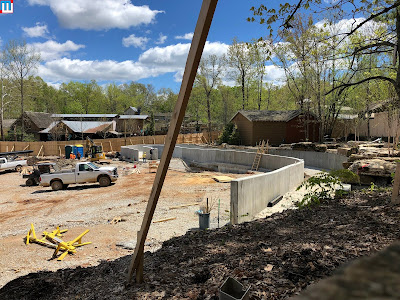 Since our last update, boulders have been added to the shore between the pathway that leads to Wilson's Farm and the new trough.  This was just gravel fill with dirt on our last visit. 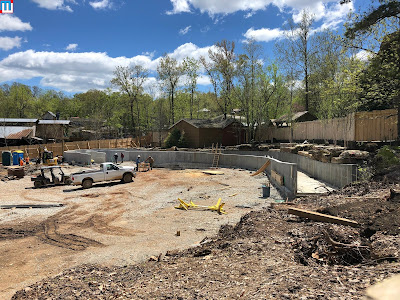 Here's a better look at the landscaping.  You'll also notice that they have added some new trees in that same area.  This gives us hope that they won't leave this new ride completely open without vegetation. 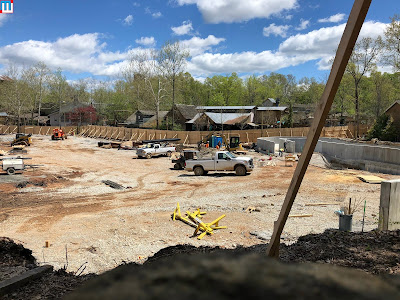 Here you can see where the next area of trough will go.  Looks like it will hug the current section for at least a little while. 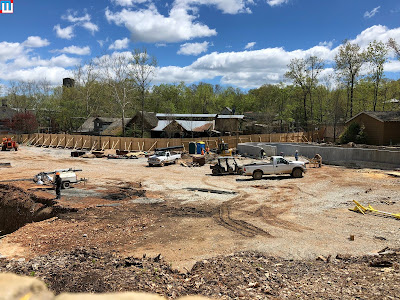 It'll be interesting to see where the new Ribhouse will go.  Apparently it will be somewhere in here. 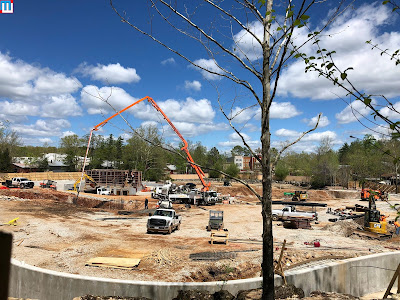