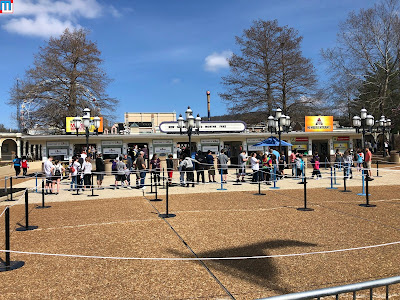 Changes start right off the bat at the park entrance.  Guest Relations has been moved to where the ticket booths used to be - though you can still purchase tickets from the windows too. 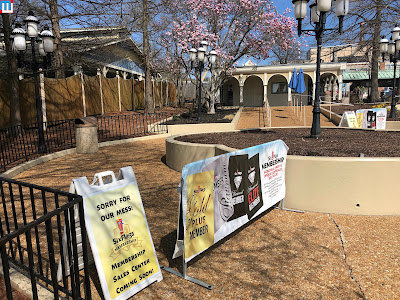 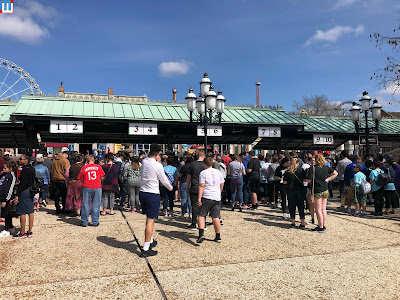 Good luck trying to decide which entrance to go through as all of the different levels of passes/memberships seem to have their own line now. 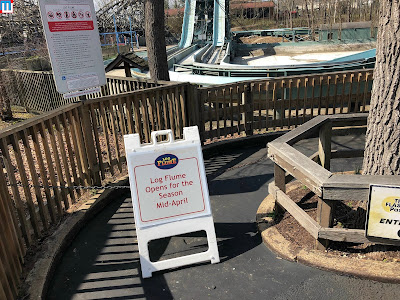 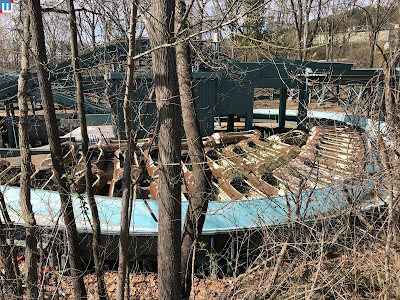 It was interesting to see all of the boats parked here. 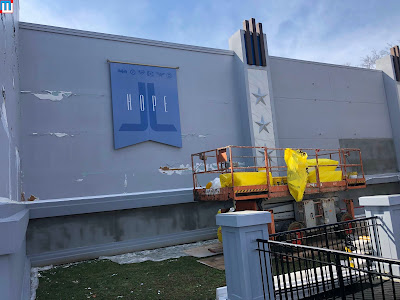 They are finally addressing the issues with the facade at Justice League. 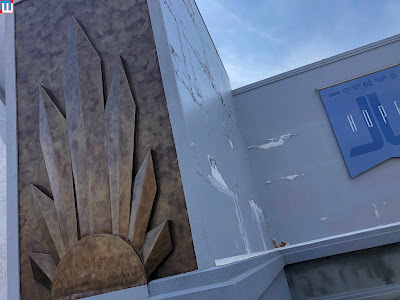 The walls were really an eyesore last season due to how cheaply they created the facade. 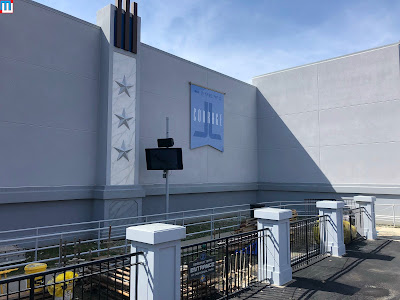 Luckily, they are doing it right this time.  Here is what the already completed side looks like. 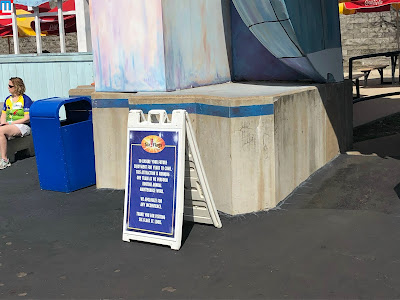 Due to a shortened off season, and a lack of urgency by the maintenance staff, several coasters were only running one train.  These signs, I'm sure, will make all the difference for the park guests. 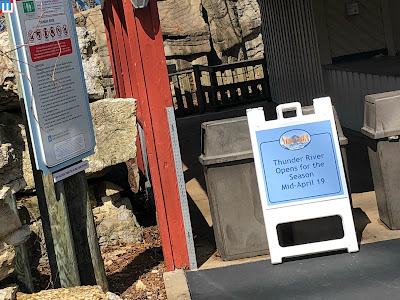 Thunder River will open Mid-April 19.  So, like around 2pm or so? 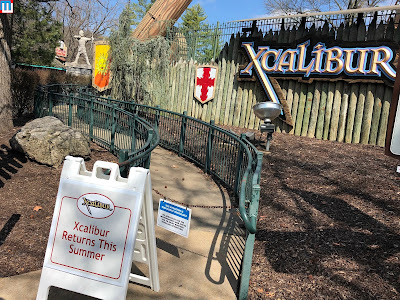 Xcalibur is still not back open.  But it is said to reopen this summer. 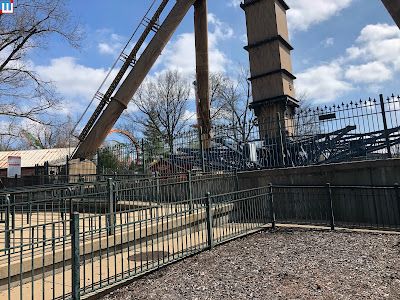 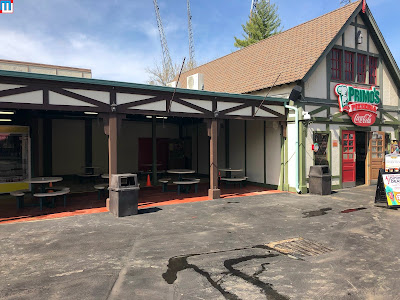 Primo's Pizza now has an extended seating area that has expanded into the nearby arcade. 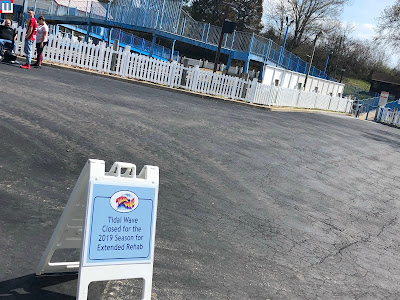 It appears that Tidal Wave will not open this season.  The sign says that it's because of a refurb.  We wonder if it'll ever open again. 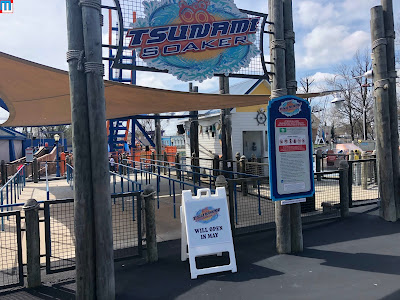 Tsunami Soaker will open in May. 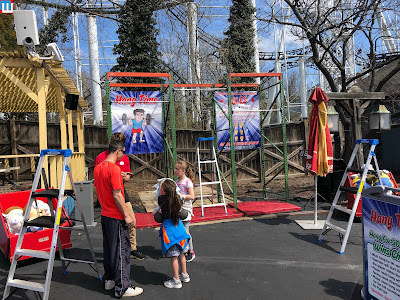 A new carnival game near Tsunami Soaker.  You have to hang from a bar for 2 minutes to win a prize.  Apparently the bar rotates when you try to adjust your grip, which is how the game scams you 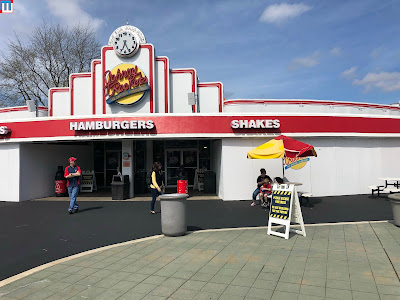 Finally Johnny Rockets is going through a renovation.  It's still open, but the patio seating area is all walled off and it's not as pretty inside.