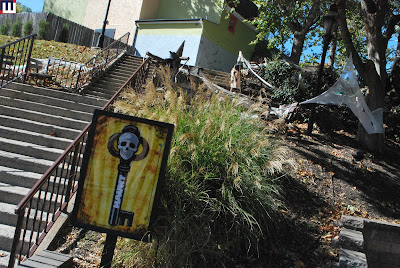 The Skeleton Key rooms received an upgrade this year.  Unlike in the past, where they were extra rooms inside the mazes, they are now all in their own locations scattered around the park. 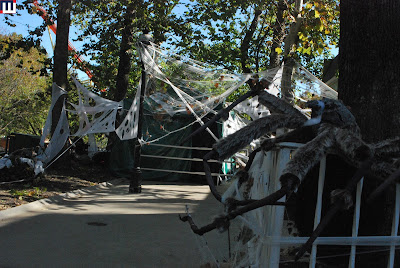 I liked the design of this one near Moulin Rouge with all of the large spiders. 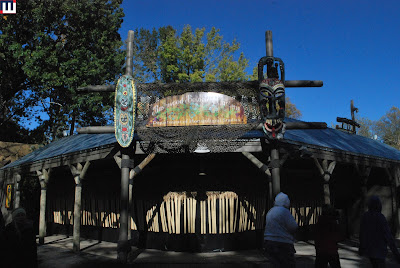 Another was located inside where the Big Game Hunt used to be located. 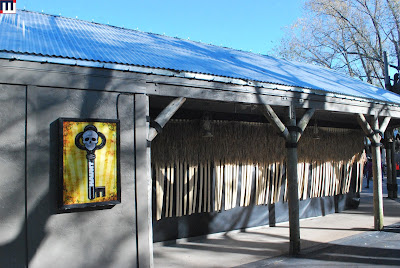 Each location was marked with a lighted sign like seen here.  I will say that some rooms were better than others, but you will not receive any spoilers here. 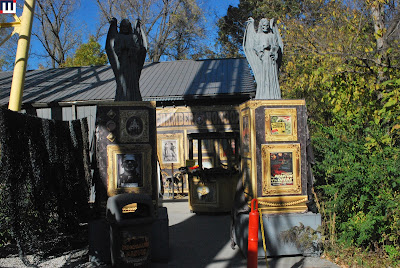 Most of the mazes appeared to be untouched with regards to changes from last season.  Chamber of Horrors, themed to a wax museum, was again probably my least favorite.  There screamsters seemed few and far between inside. 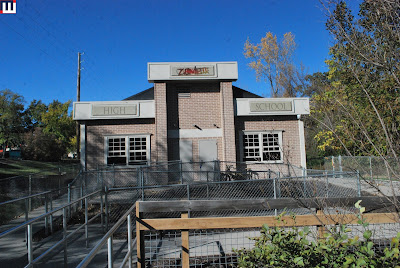 Zombie High was decent this year.  This is what the outside facade looks like in the daylight. 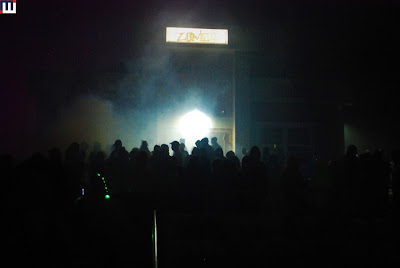 I think is a very detailed maze, but due to the theme the screamsters are a bit of a disadvantage as to what they are allowed to do in order to scare guests. 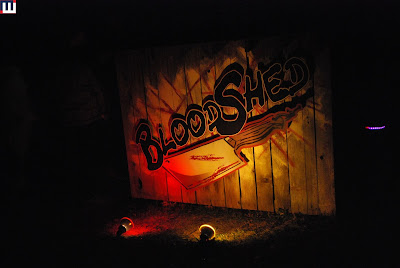 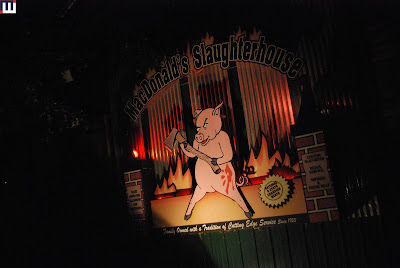 Personally I would like them to redo the maze for next year and make it more detailed like the newer mazes that have been added, but it is fun for what it is. 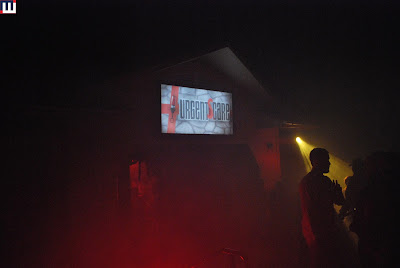 Urgent Scare is the bare bones remains of what was once one of the best mazes at the park. 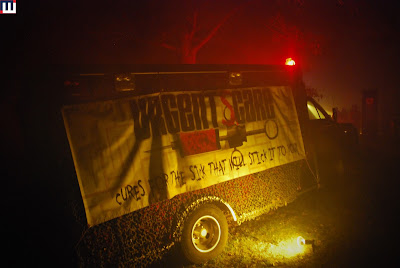 I can't be the only one that wishes Asylum Island was still here.  Personally I say it's time to retire the hospital theme and come up with something new as this incarnation is just sad. 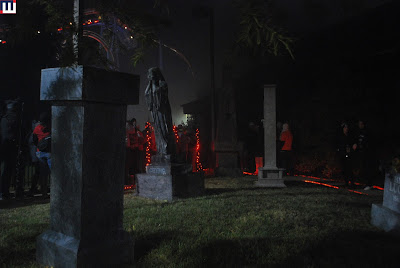 Lore of the Vampire is the oldest maze at the park and it is showing.  While some parts of the maze are pretty detailed, a lot of the maze is just flats.  A nice upgrade with even more detailed sets would be much appreciated. 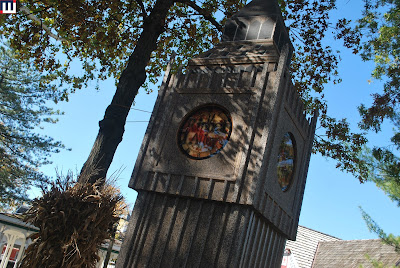 Ripper Alley is the new name for London's Terror Square. 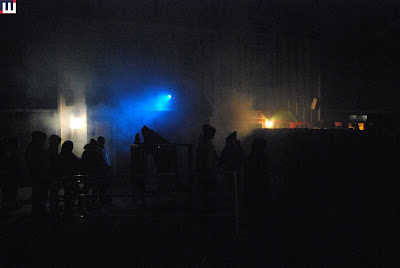 This maze is big on theme but really lacks on scares. 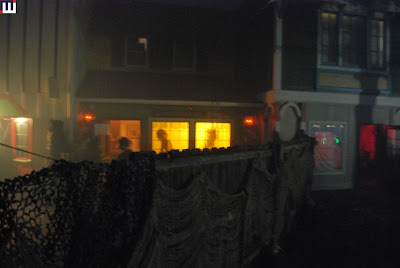 If you like looking at details without being scared, this is your maze. 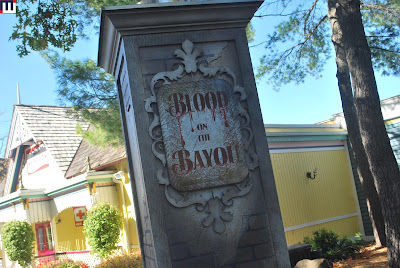 Blood on the Bayou still gets my vote as best complete maze. 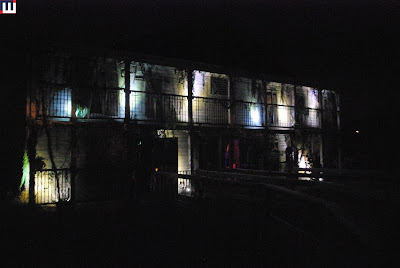 It has very detailed sets, some good scares, and is actually one of the longer mazes at the park.  It is the complete package for me. 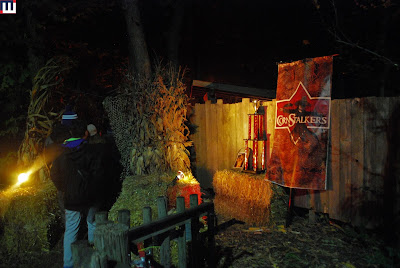 The best maze with regards to scares is CornStalkers.  As you can see they are the current trophy holder for "best maze" at the park.  I really had a good time in CornStalkers as the screamsters got me good on several instances. 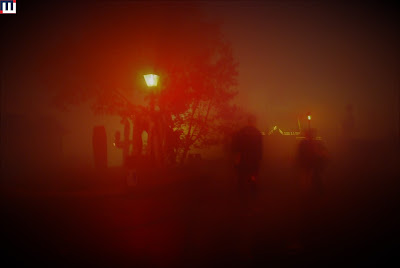 The scarezones were better this year.  This is how thick the fog was in Outlaws Revenge. 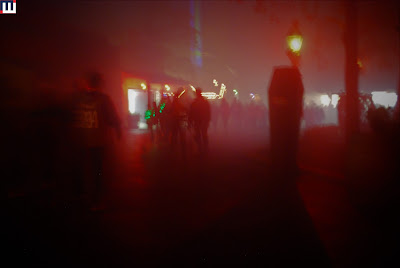 They must have really worked with the sliders for this season as they were probably the best I have ever seen them at the park. 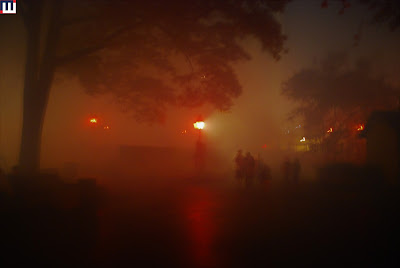 Seriously, kudos on getting the fog this thick in the area. 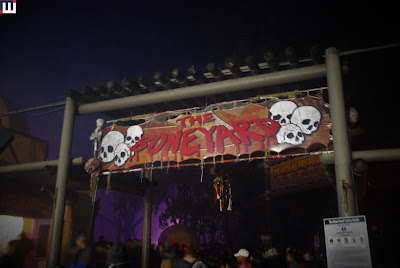 Boneyard was decent in some areas, but I felt really suffered from the new LED lights making it too bright for the screamsters to hide. 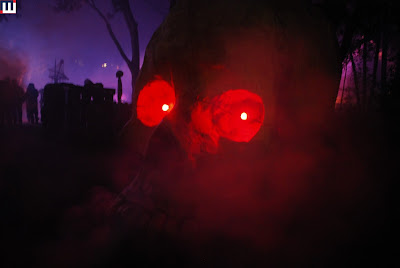 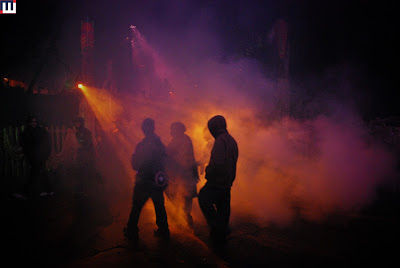 This was one of the better sections of this very long scarezone. 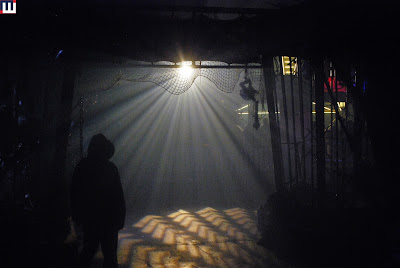 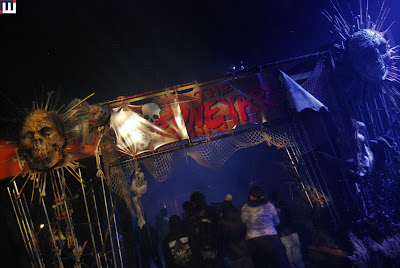 Overall a pretty good event.  You could tell that most of the attention went into the new set-up for the Skeleton Key Rooms.  Hopefully next year they can upgrade a few of the older houses to get them on par with the newer houses.