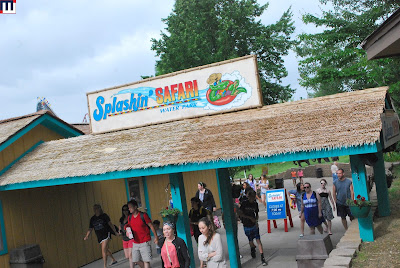 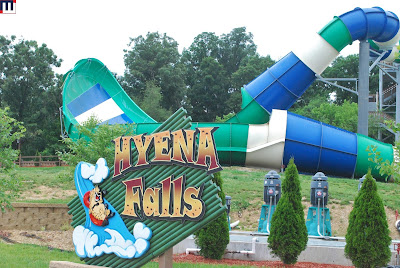 We started the day over at Hyena Falls.  This unique collection of 4 tube slides features a Boomerango element where the tube slides go up an wall and then back out another way. 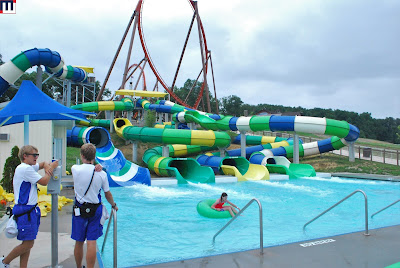 The remaining 3 slides feature lots of drops and tight turns. 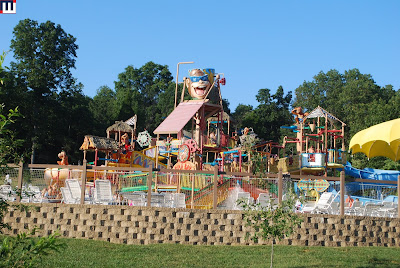 Kima Bay is one of two waterfortress playgrounds at the park. 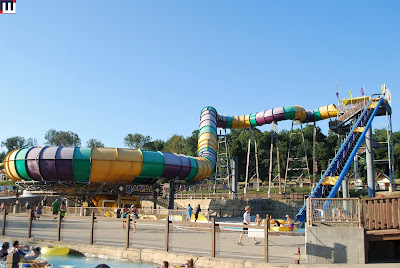 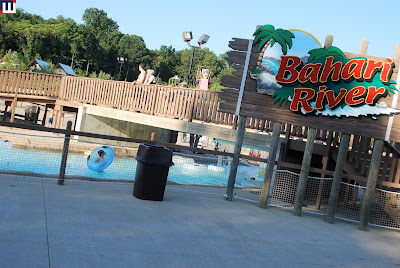 Bahari River is the park's lazy river and it features some fun obstacles. 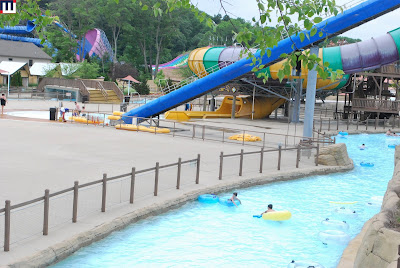 Like I said before, Bakuli dominates this area and actually empties onto the island that Bahari River creates with its course. 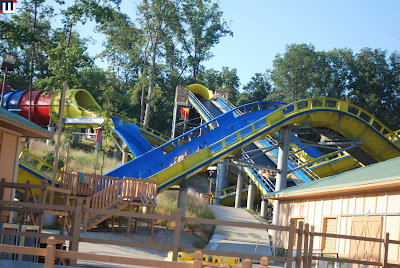 The king of the waterpark is MAMMOTH - a 6 person version of a watercoaster. 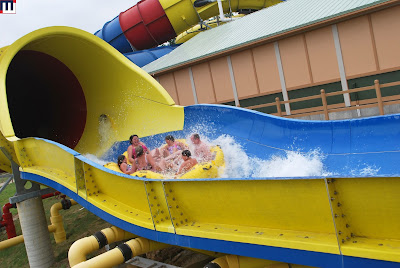 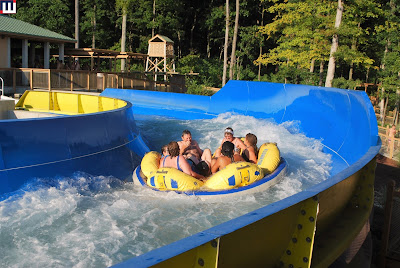 If nothing else, it is one of the biggest.  The slides are huge. 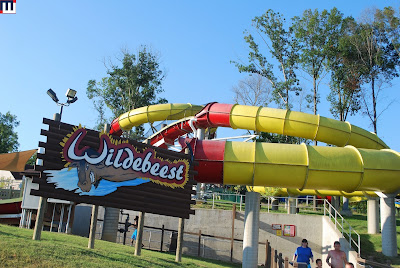 If Mammoth is the King, then Wildebeest is definitely the queen.  This watercoaster features tandem seating for four. 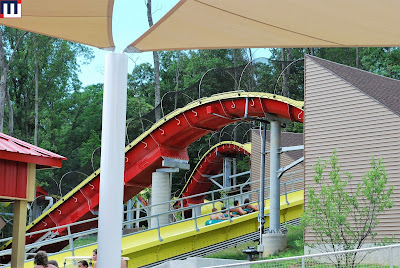 There are multiple tunnels and lots of airtime hills. 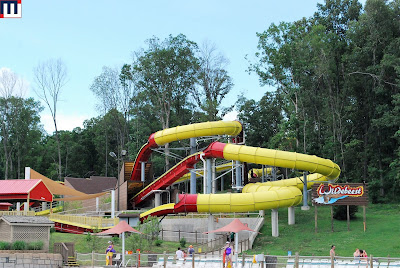 This is probably my favorite of the two rides but they are both a lot of fun. 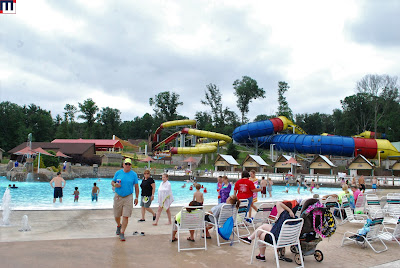 I love how the two watercoasters dominate the skyline by the Bahari wavepool. 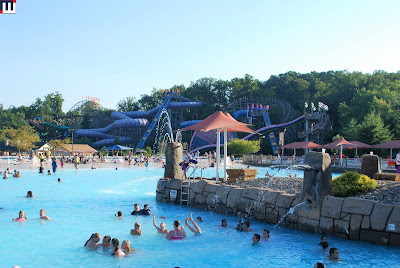 Here's a better shot of the Bahari wavepool.  It features two coves to help spread of the crowd. 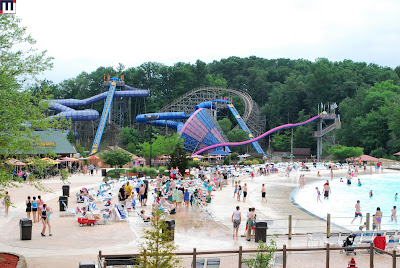 Time to head to the lower part of the waterpark. 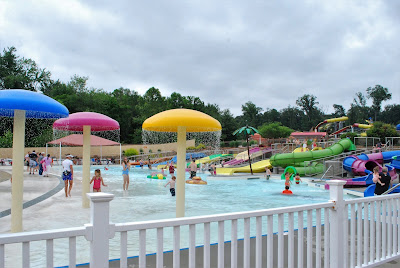 Jungle Jim's Playground is the kiddie are and features some great smaller slides. 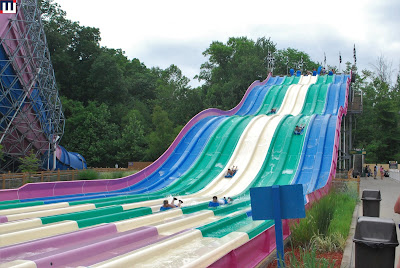 Jungle Racer is a 10 lane down hill mat racer slide.  You can get some air on those humps. 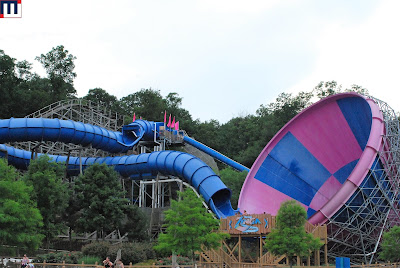 Zinga is the park's bowl slide.  Keep in mind, that even though the rafts can seat 4 people, the park only allows 2 adults to ride at a time.  This creates a long line for this particular slide. 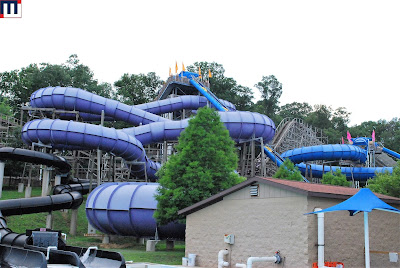 ZOOMBabwe is the longest enclosed family raft slide in the world.  It is a lot of fun and pretty disorienting due to the dark. 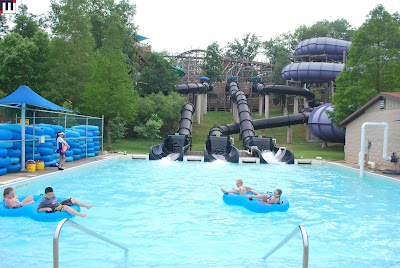 Otorongo is a set of 3 tube slides that each feature different paths.  GO is my favorite of the three as it features a double down into the pool which creates a lot of speed. 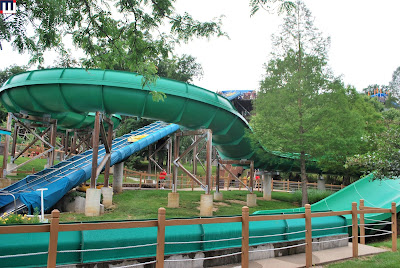 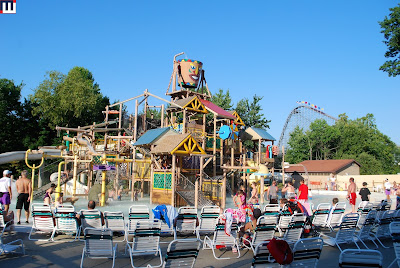 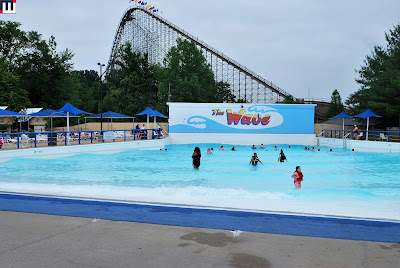