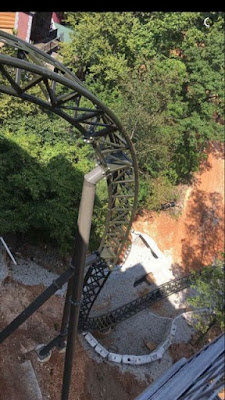 Today's update features a snap that was sent to us of the first drop as seen from the station. Quite the drop isn't it? 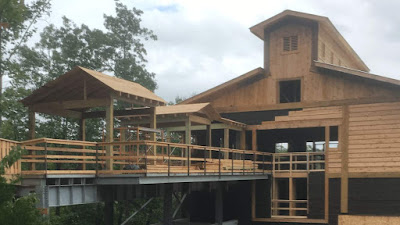 The next three photos are courtesy of mg.  The bridge has had some more work done to it.  There is now a roof over this section. You can also see where a temporary bridge has been constructed in the station to span the opening where the station track will go (which we assume was built for the media tour that will happen on Wednesday). 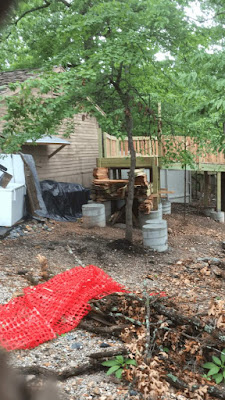 More work has been done on the boardwalk.  This is the current "end of the line" for this direction. 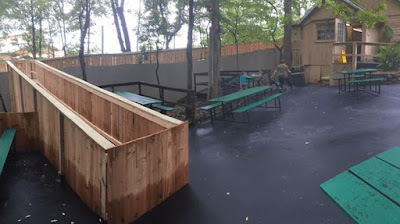 The other direction ends up here among the picnic tables.  I'm not sure if this is permanent though or if it has just been constructed for the media tour on Wednesday.  I know that the even does include a tour of the station, which we are very excited to go on.