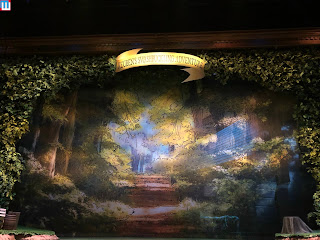 New this year for the summer, performing in the Opera House, is the million dollar musical production, Reuben's Swashbuckling Adventure.

Music while you wait for the show includes numerous titles from Peter Crowley, including: "Where the Compass Goes Mad," "Battleship," "The Kingdom Above the Sky," and "Destination Tortuga," by Antti Martikainen. 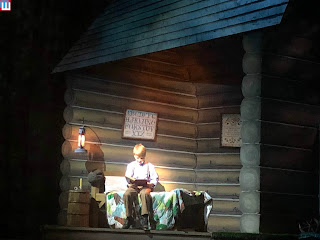 The story starts off with Reuben reading the story of Treasure Island before falling asleep. 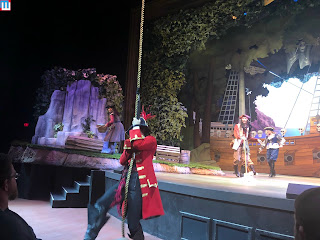 The actual musical starts off with a bang as we are definitely in a pirate story.  Captain Long John Silver makes a grand entrance swinging from a rope. 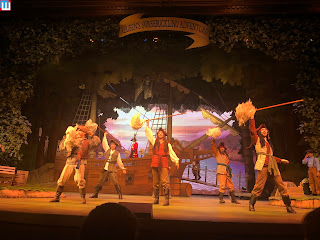 We are treated to "Sailing for Adventure" from Muppet Treasure Island as the crew dances about with the Captain and Reuben. 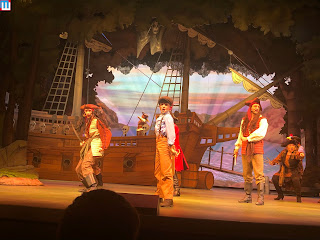 The opening number sets up what should be a very promising performance.  Full of high energy and great choreography. 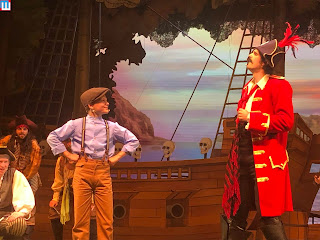 Then it just kind of stops.  Reuben, puts his fists on his hips (he'll do this numerous times during the show) and says he is looking for his... destiny.  Say, what?  The pirates have the same reaction. 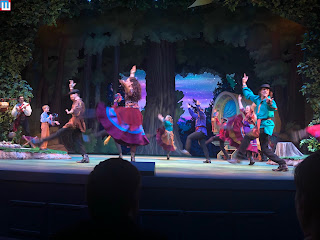 Now, you might have thought this whole show was about pirates, and if you went by all of the advertising and the fact that the ushers are all dressed as pirates, you would have good reason -- but no, the pirates theme is actually a very small portion of the show. 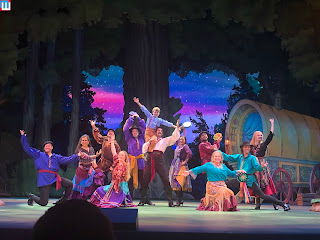 Now for some reason we are in a gypsy camp.  No real explanation why.  Did Reuben read a story about gypsies before starting Treasure Island?  Who knows.  We aren't told why we are here. 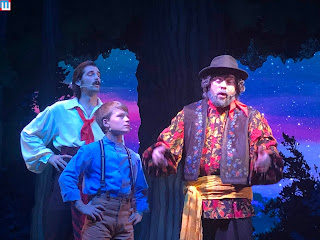 We meet a soothsayer... I mean, fortune teller and he looks familiar. 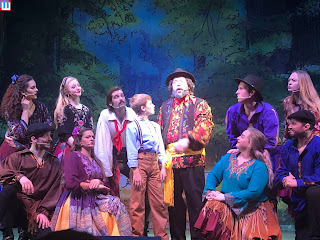 Then it is time for "Time to Start Living" from Pippin 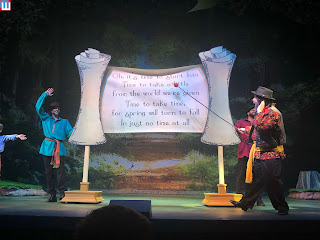 For some reason everyone in the audience is expected to recognize the song.  They even bring out the words to help you sing along, but most people sat in confusion during my performance. 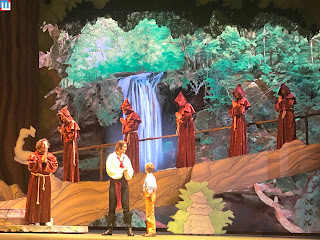 Next we move on to the woods where we meet Friar Tuck and some other clergymen.  No sign of Robin Hood during this portion.  You'll notice that Captain Long John Silver is accompanying Reuben on the entirety of this journey 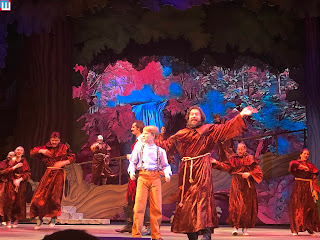 The clergymen perform a R&B mix of "This Little Light of Mine" (we're still trying to locate where it originated from) and honestly this was probably the most divisive musical number of the show among those watching. 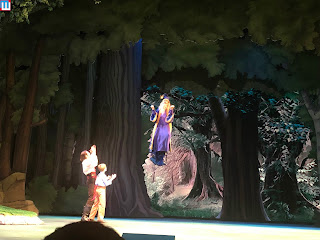 Next we meet Marlin (not Merlin - that's his brother) who sings a few lines from "Defying Gravity" from Wicked as he flies in and off the stage. 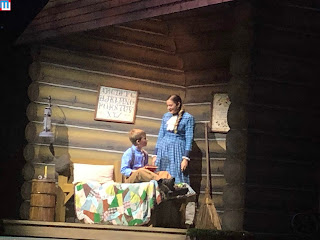 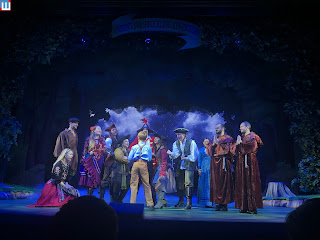 The show ends with "Bright Star" from the musical Bright Star. 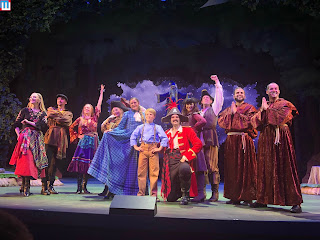 All in all, the show is very entertaining, but I question the staying-power as I feel it will become dated very quickly.  The story-line is not exactly easy to follow.  Reuben is trying to find his destiny.  That's really all the info that you are provided.  There's no swashbuckling to speak of and the whole thing feels extremely rushed.  I imagine that they will make tweaks and revisions as the season progresses.  We look forward to seeing it again later this season to see what has changed and improved. 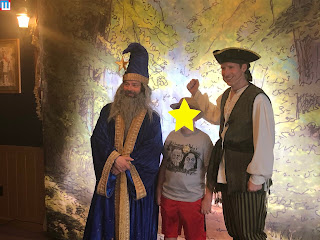 They have a photo op "Photo with a Pirate" at the exit.  Again, they're pushing the pirate theme without it really being a pirate show. Very confusing.