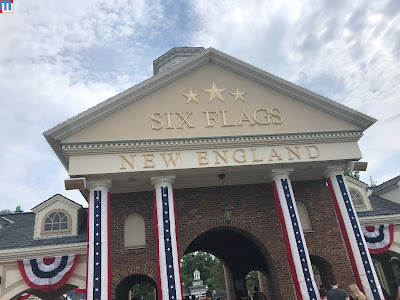 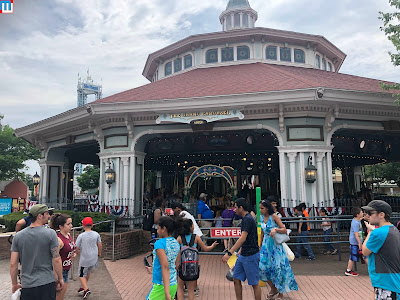 This is a beautiful 1909 Illions Grand Carousel 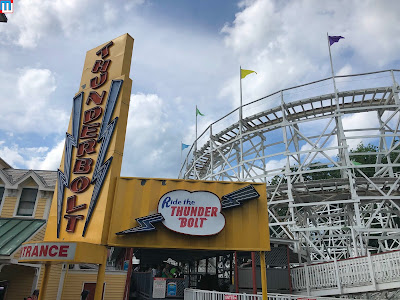 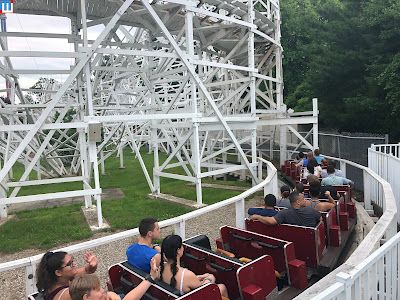 This is a fun little coaster that produces some great pops of air. 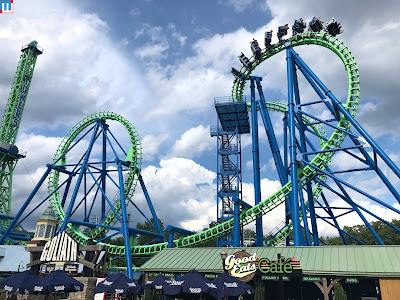 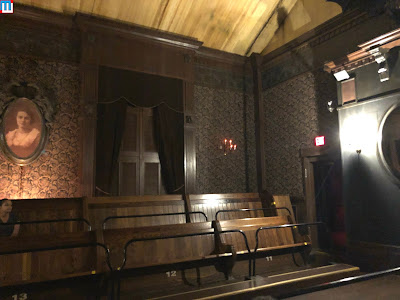 Houdini - The Great Escape is a Vekoma Mad House ride. 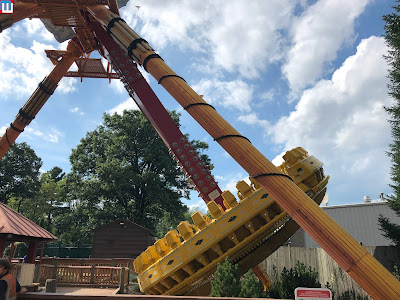 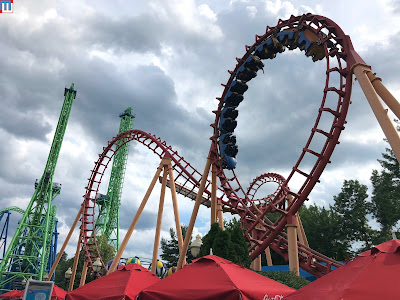 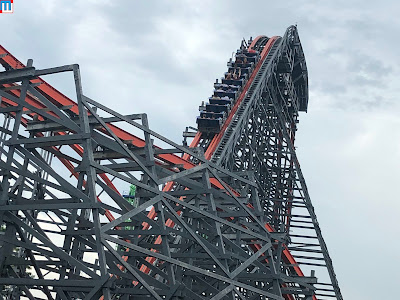 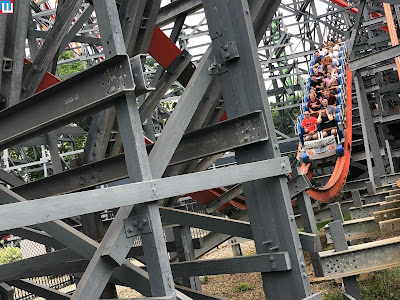 The coaster really whips around the course while inverting numerous times. 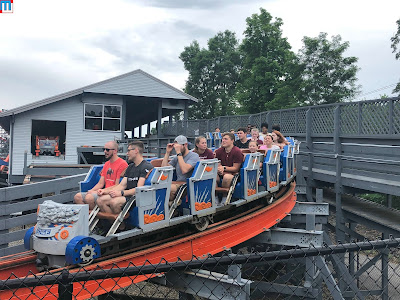 I wouldn't place it in the upper echelon of RMC coasters, but it is definitely a fun ride. 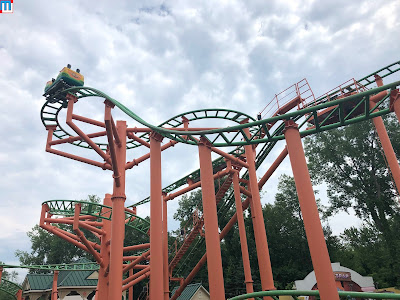 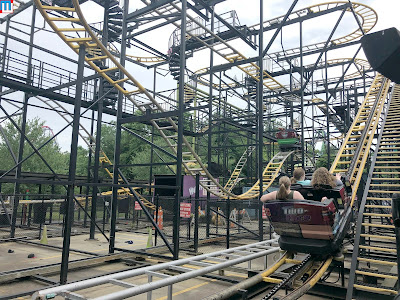 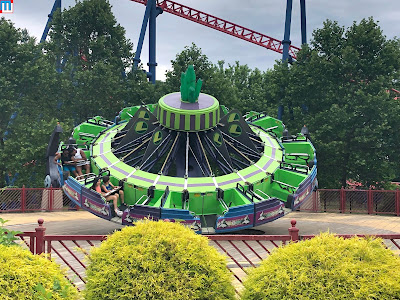 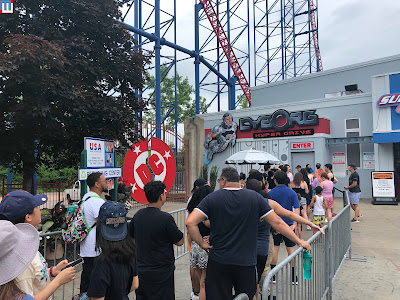 Cyborg Hyper Drive - this is the new ride for this year.  Inside this building is a themed "Freestyle" ride that features lots of special effects 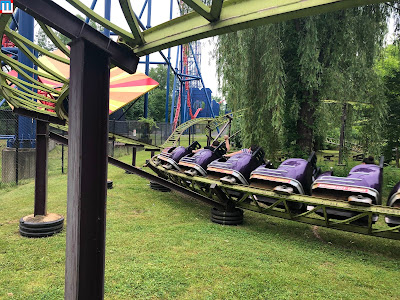 Catwoman Whip has to have one of the longest coaster trains out there. 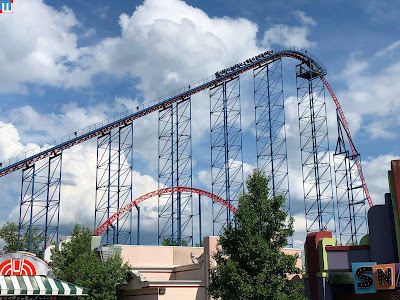 The obvious marquee attraction of this area, and honestly the park, is Superman the Ride 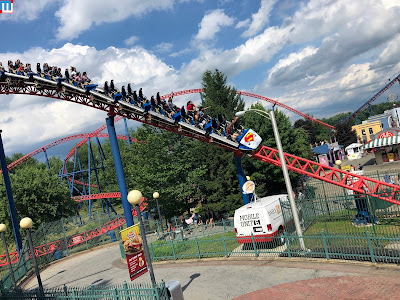 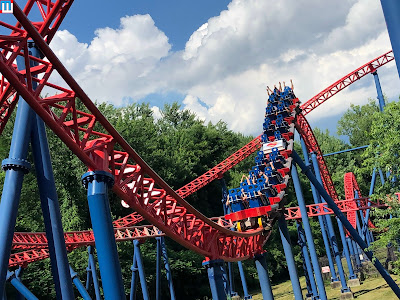 Unfortunately, the restraint system for the ride is anything but "tall person friendly" - while we did appreciate the layout and the ride for what it was, it was not exactly fun due to the restraint. 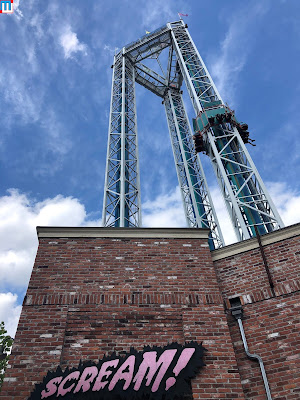 Scream! is the park's 3 tower S&S complex.  They had one tower running the space shot program and the other running the turbo drop program.  The third was never open.  The peculiar thing about the operations of this ride is that you have no choice on which tower you get.  It is just "luck" of the draw as they fill one tower than they fill the other. 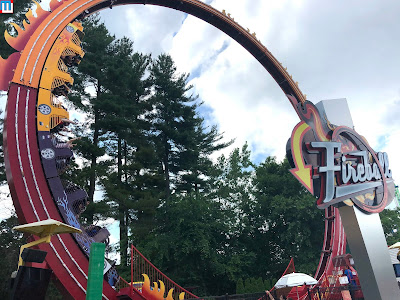 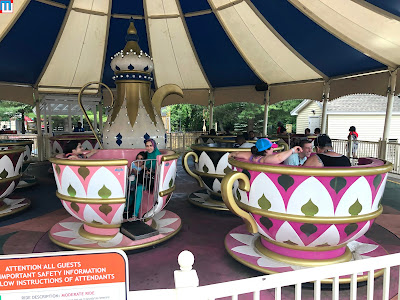 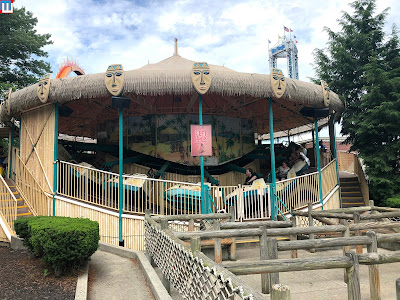 Kontiki - I have to say this is the most random theme for an area that is supposedly themed to the 1950's. 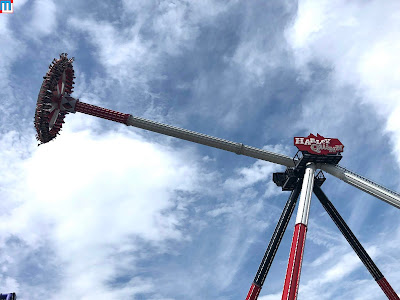 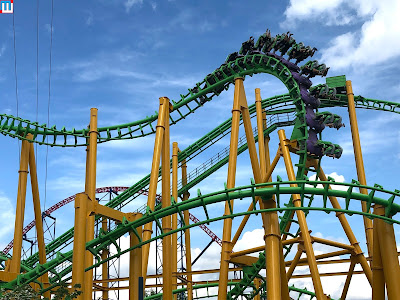 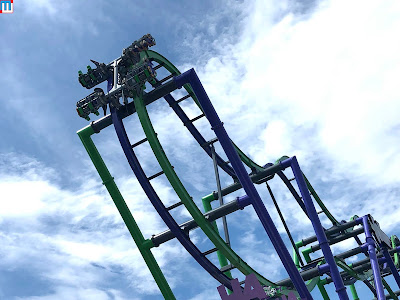 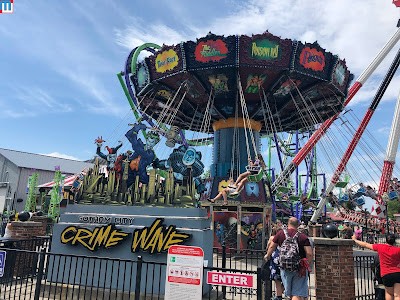 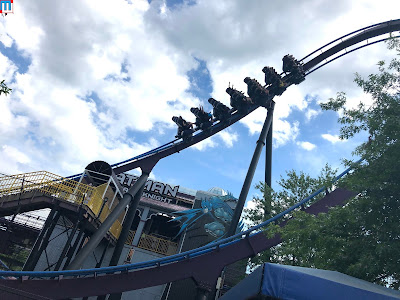 Batman the Dark Knight is a B&M floorless coaster and was the final USA B&M coaster that I had not ridden yet. 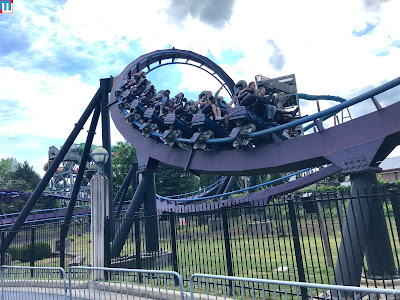 Overall the park was a fun place to visit.  I have to admit that the park is not "tall person friendly" - I have never been to a park where I was literally measured on almost every coaster to see if I was "short enough" to ride.  Perhaps if they are that worried,  they need to have a wristband for "yes I am short enough to ride" at the official height measurement station.
Labels: 2019 Trip Reports, Six Flags New England
Newer Post Older Post Home