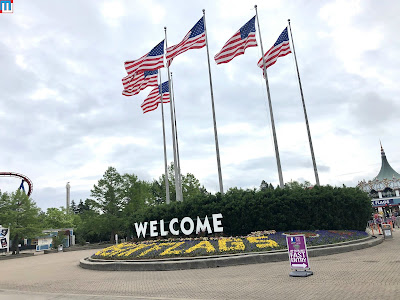 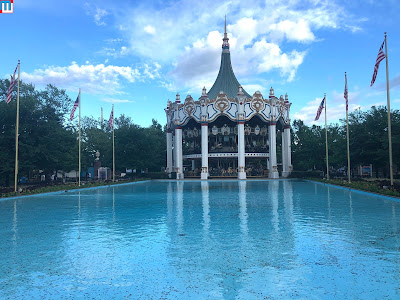 The Columbia Carousel welcomes guests to the park 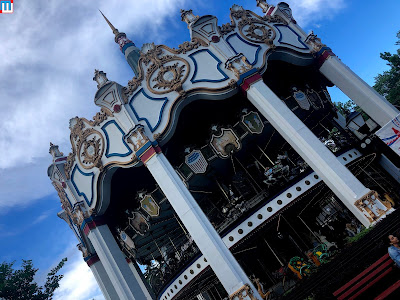 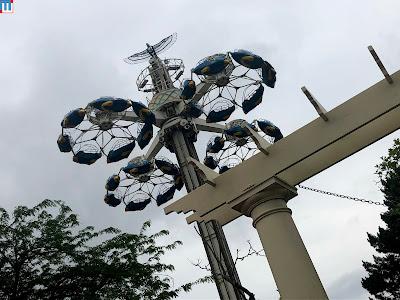 Condor.  These Huss rides are becoming rare and its always fun to find one still in operation. 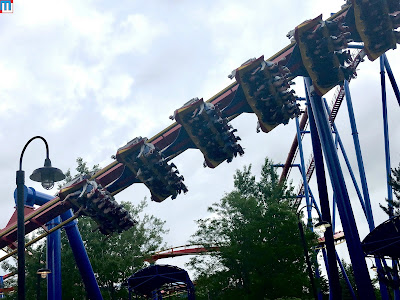 Superman Ultimate Flight is the park's B&M flying coaster.  This coaster is a lot of fun even if the loading situation takes forever. 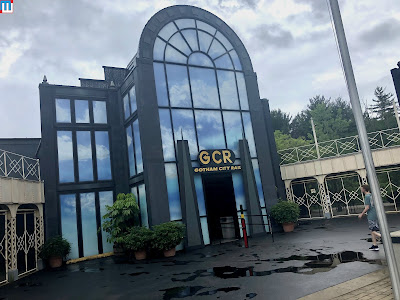 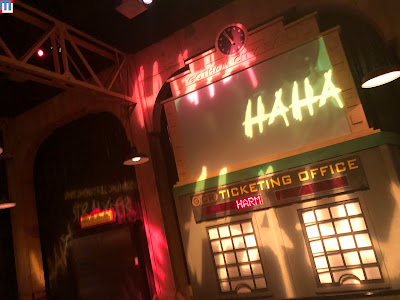 This coaster would probably be pretty boring outside.  However, this one is indoors and has several great thematic elements that create a fun ride experience. 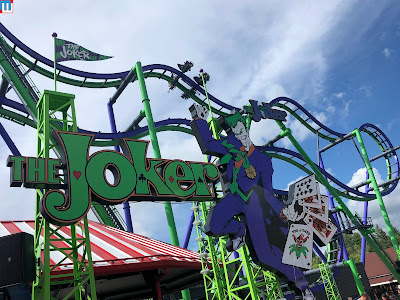 The Joker is a S&S Freestyle coaster.  These coasters are starting to really pop up all of the place.  They are so much fun and are have a high re-rideability. 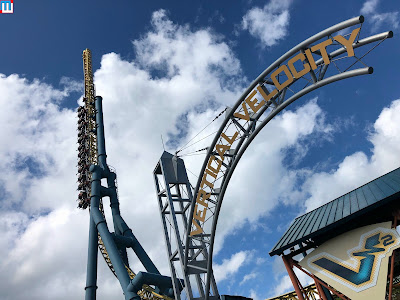 Vertical Velocity is a blast. 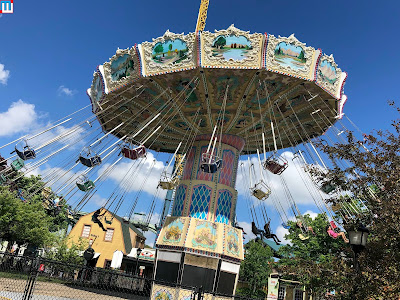 Whirligig is a wonderful swing ride located in Yankee Harbor 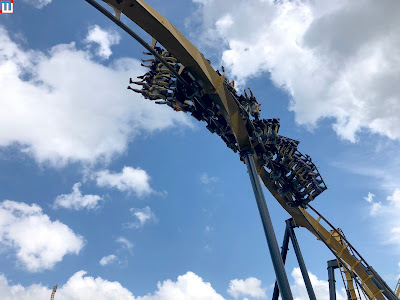 Batman the Ride is the original B&M inverted rollercoaster. 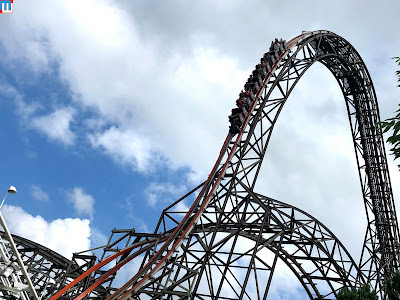 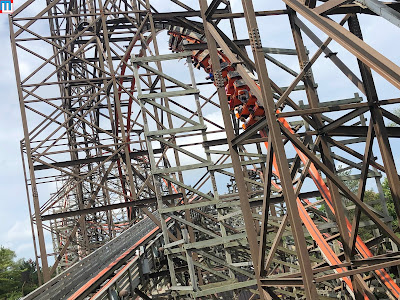 This is really one of the best rides in the park 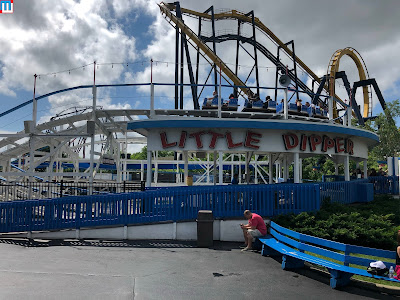 The park has a great bit of nostalgia in the Little Dipper.  This wooden coaster used to operate at Kiddieland which is a now defunct park in the Chicago area. 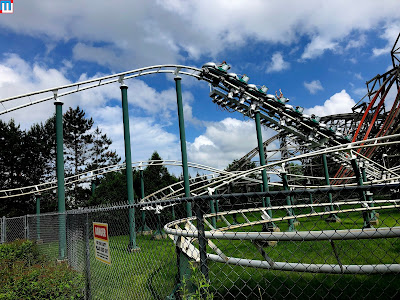 Sprocket Rocket is the park's kiddie coaster.  It actually packs a punch for a kiddie ride. 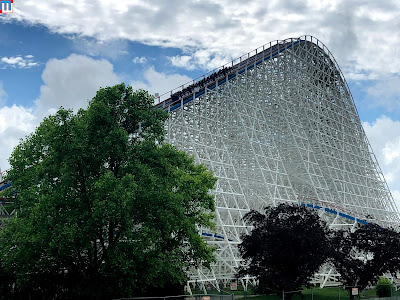 A giant wall of white wood dominates one side of the park.  It is the imposing structure of American Eagle, a pair of racing wooden coasters. 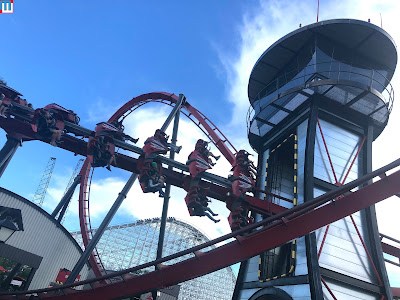 X-Flight is the B&M wing coaster.  It has a couple of "near miss" key holes that the coaster navigates during its course. 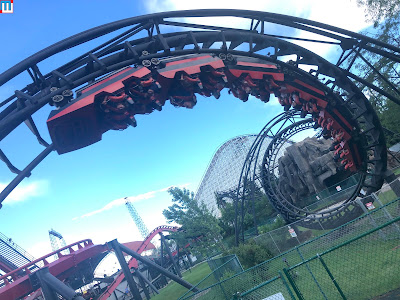 Demon is the park's Arrow looper.  It has some fun thematic elements along the course. 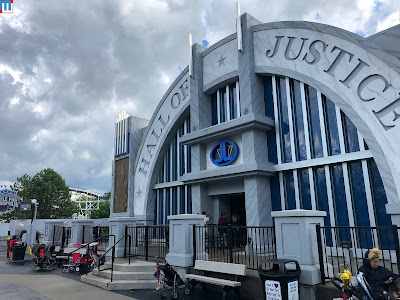 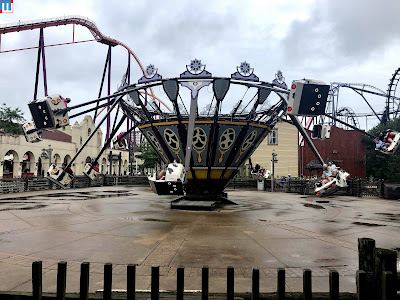 Ricochet is a fun flat ride.  It really produces some amazing G-forces 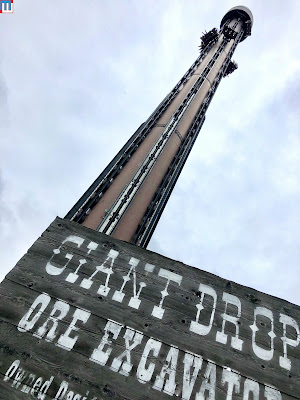 The Giant Drop is the park's drop tower.  It really offers some great visuals from the top... before you drop. 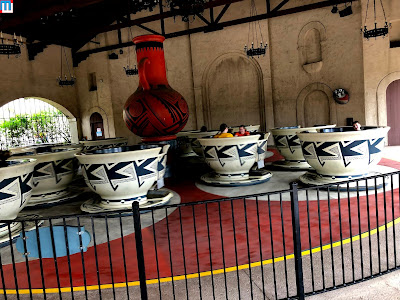 Chubasco is the park's themed tea cup ride.  I really like the setting 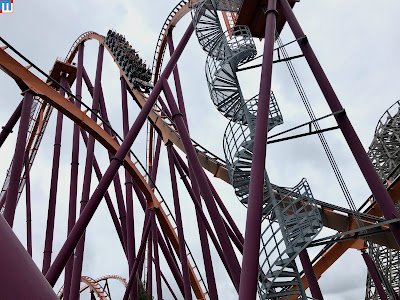 Still the king of the park.  Raging Bull, the park's B&M megacoaster, towers over everything. 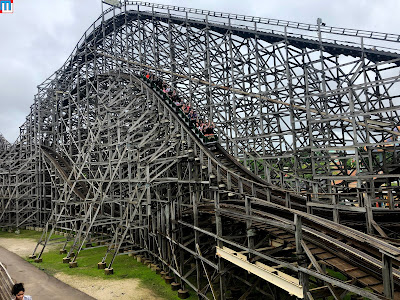 Viper is the park's twisted wooden coaster.  A modified clone version of the Coney Island Cyclone, it provides plenty of airtime. 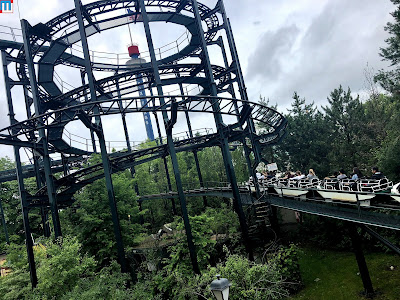 Whizzer is the park's historic Schwarzkopf coaster.  I love coasters like this because it reminds me of the Zambezi Zinger, which was one of my first coasters. 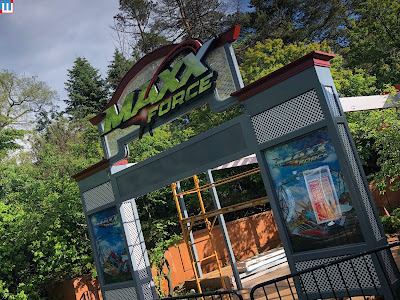 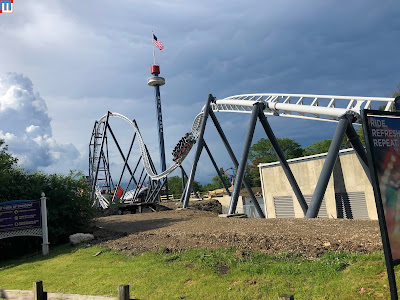 This coaster might have an extremely short layout, but it will have a high level of thrill to it. 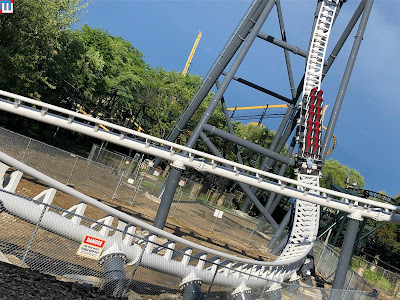 I guess we'll just have to ride it next time.  It was promising that they were actually testing it while we are there.  It's just too bad that Six Flags cannot open their rides on schedule.