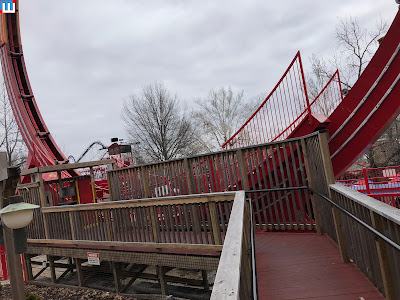 Six Flags opened for the season this weekend, but not everything was ready for the new season.  Several rides, including Fire Ball, have a lot of work to be done.  Fire Ball's train is nowhere in sight right now. 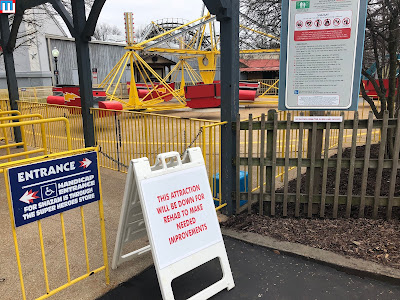 Shazaam, the park's scrambler ride appeared to be back together, but it was not operational today. 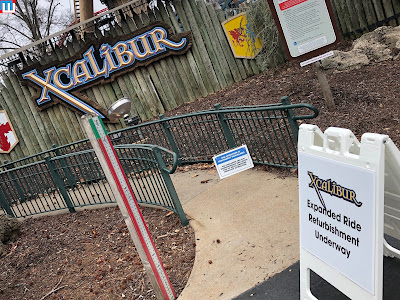 Xcalibur is having a major renovation. 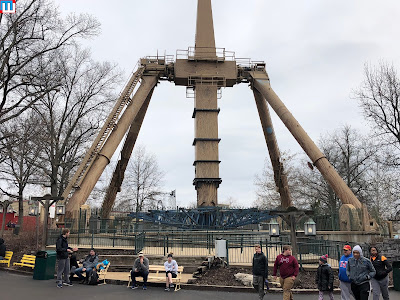 None of the ride carriages were on site.  Apparently they are replacing several key components on the ride.  Hopefully this unique ride will be back in operation soon. 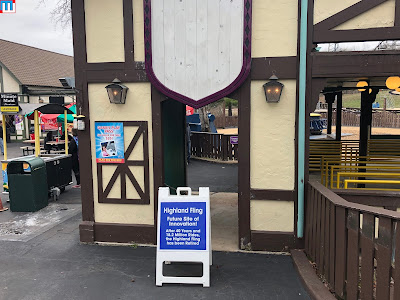 Highland Fling was retired this past off season rather unexpectedly. 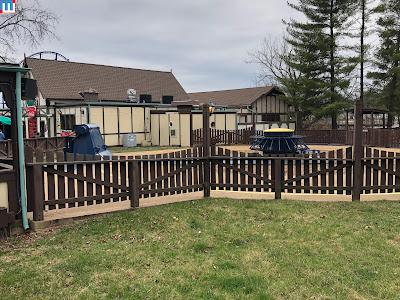 It sounds like this will be the view for most of the season.  Honestly, I am not a fan.  Considering that there are several flat rides in storage around the chain, they could have brought something in to replace this ride.
Labels: Six Flags St. Louis
Newer Post Older Post Home