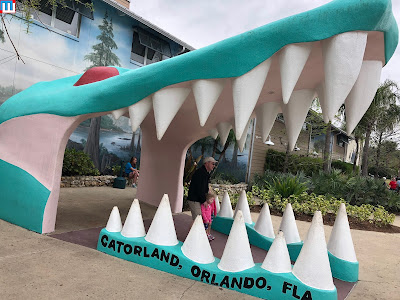 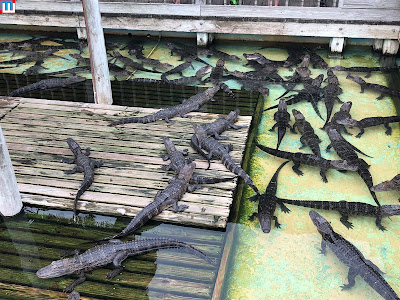 As soon as you are through the front gates you are greeted by these 3-5 year olds. 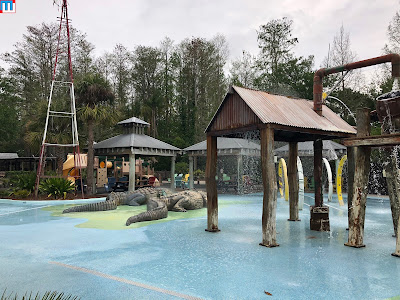 Gator Gully Splash Park - I assume this pretty popular when the weather is warmer. 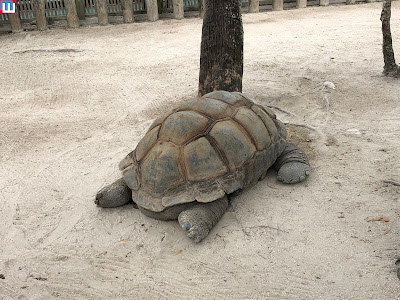 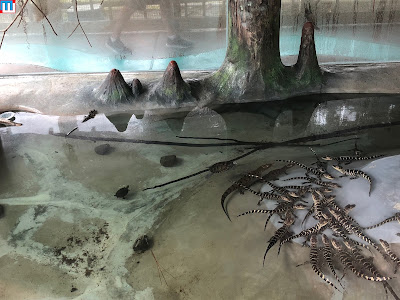 Gator Hatchlings.  They are not very old. 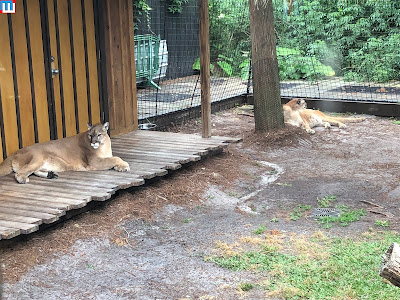 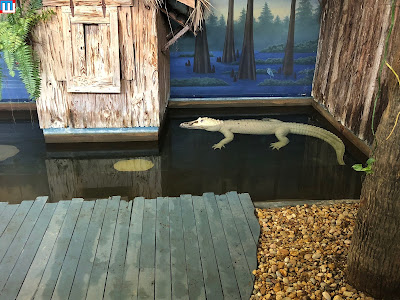 Extremely rare Leucistic Alligator.  They have white pigment with blotches of dark.  This not the same as being albino.  There are only 12 confirmed leucistic alligators in the world and 3 of them live at Gatorland.  They are extremely rare. 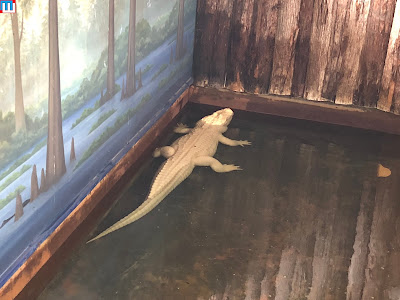 Speaking of albino, this is a true albino alligator.  It has no pigment whatsoever and pink eyes.  Albinos are actually more common than Leucistic alligators.  Neither can survive in direct sunlight. 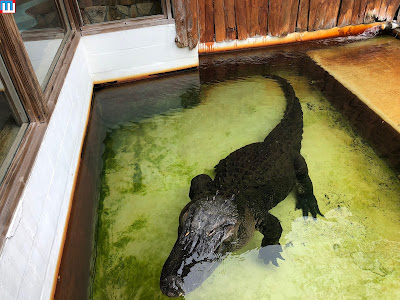 This is Chester.  He loved eating dogs in Tampa.  He's 13.5' long and weighs over 1,000 lbs.  He doesn't like to play nice with the other gators so he has his own bachelor pad. 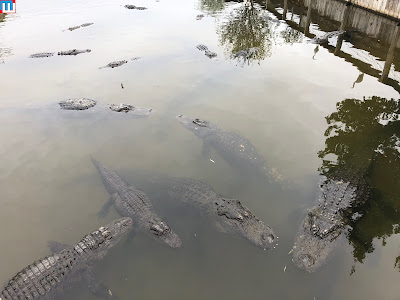 There are some big boys in this lake. 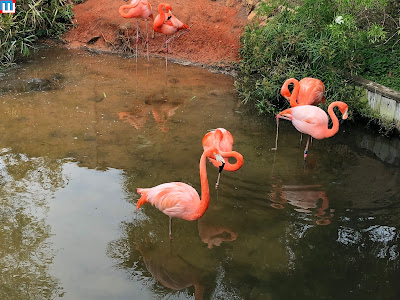 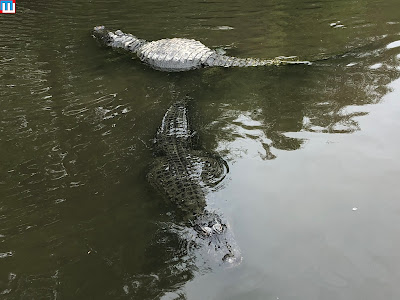 There is apparently a gator in this lake that is almost 17' long. 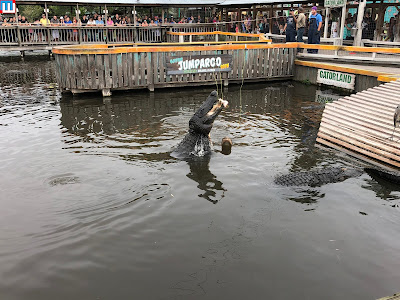 The Gatorland Jumparoo Show is always fun to watch. 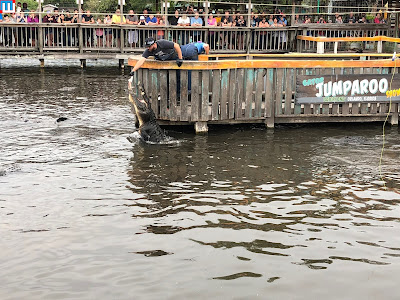 There's no way I would ever hand feed gators. 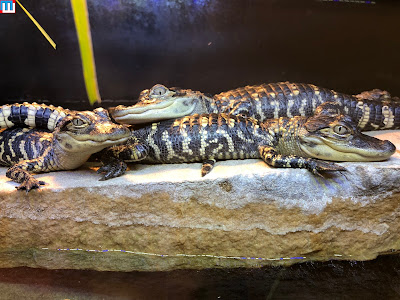 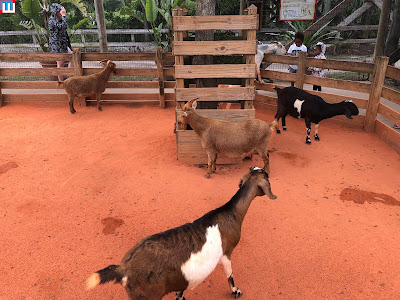 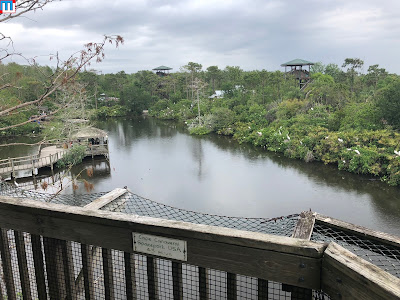 Up in the Observation Tower at the Breeding Marsh 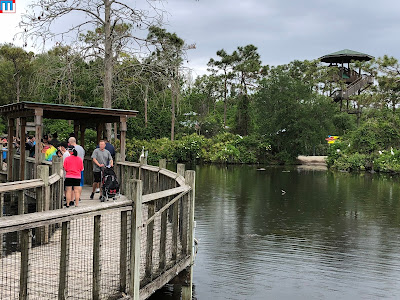 The boardwalk over the Breeding Marsh 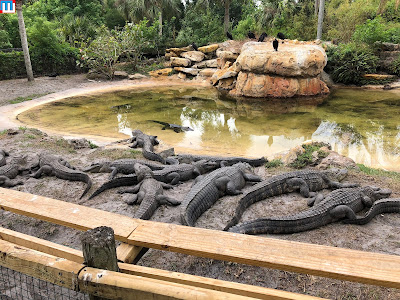 There are a lot of gators at this place. 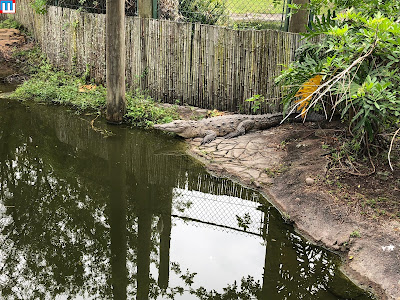 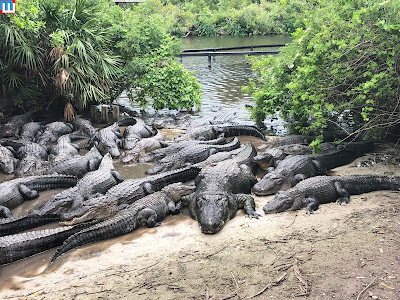 One of the beaches at the Breeding Marsh. 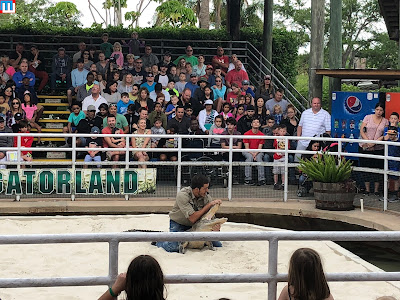 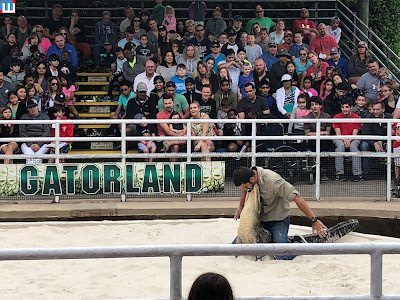 Anyone else think that this guy is insane? 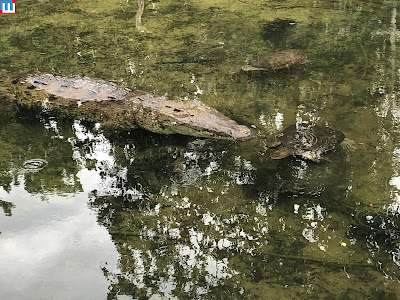 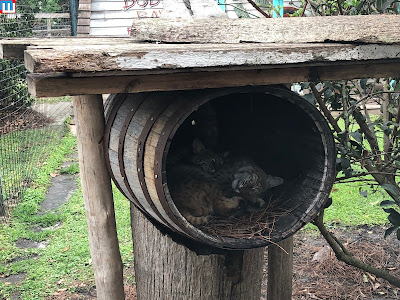 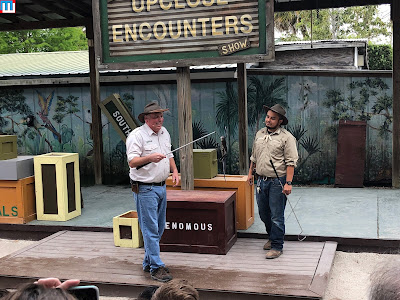 Upclose Encounters is a great show.  They show off some poisonous snakes and even some tarantulas. 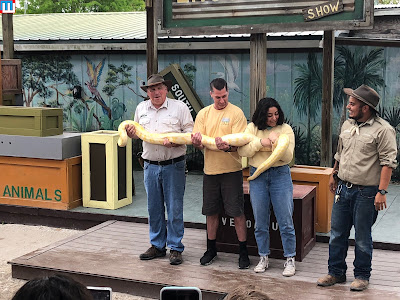 The best part is when they bring out this giant Burmese Python. 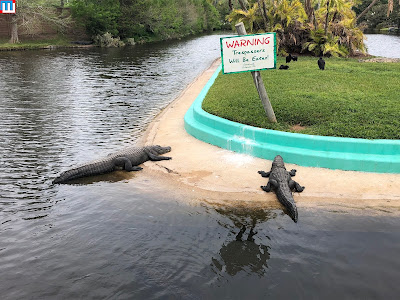 Gatorland is a great place to visit.  It's very laid back compared to the other parks in Orlando. Just make sure you budget enough time to see everything.  You're going to want to spend a good portion of your day here.