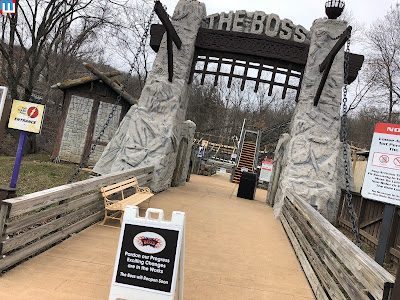 The Boss went under the knife this off season with some major reprofiling. 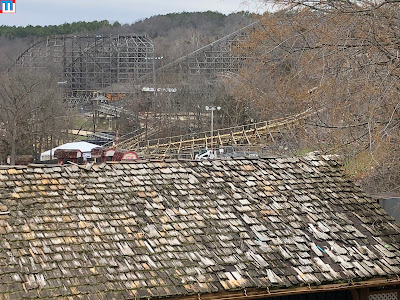 The final double helix was removed and a simple 180 degree curve was put in its place. 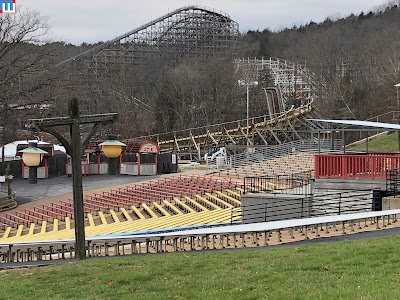 Here you can see how the old track aligns with the new element. 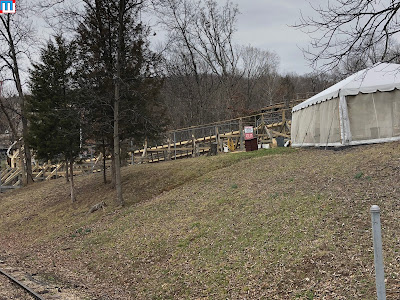 The banking of the new curve is similar to that of the old double helix. 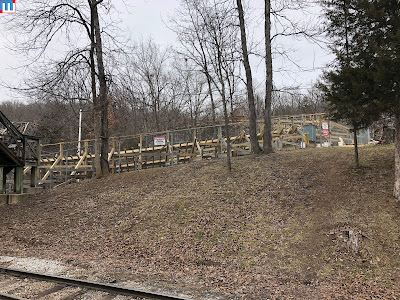 It appears most of the work on the curve is complete. 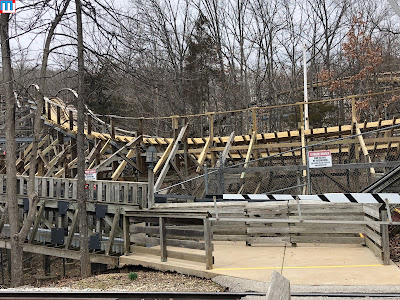 Here you can see that the track still does the pop up into the double up. 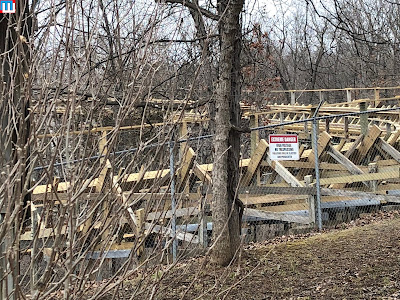 A better look at the banking of the new curve.  The Boss is to open Late Spring.