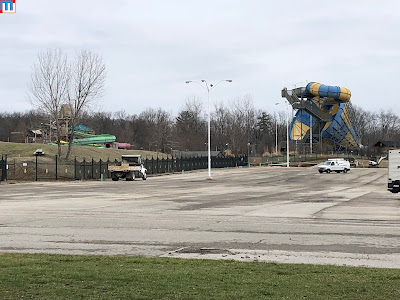 Six Flags is now open for the season, which means we can now check out the progress on the new Typhoon Twister water slide.  The first thing you'll notice is that there is a giant void where the body slide tower used to be. 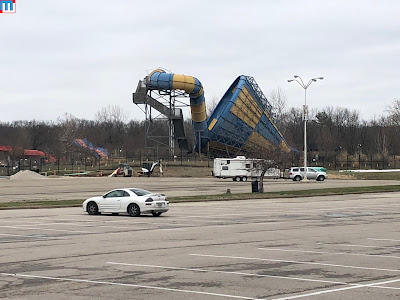 In fact it just looks strange without it.  That tower had been there since the park originally opened. 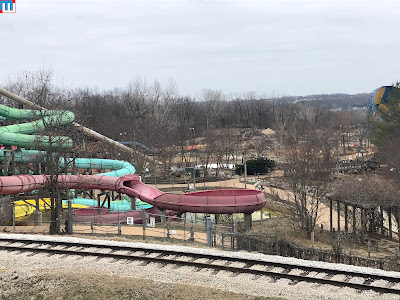 From inside the park you can see just how strange it looks without that tower.  There is now a huge cleared area where the slide will eventually go. 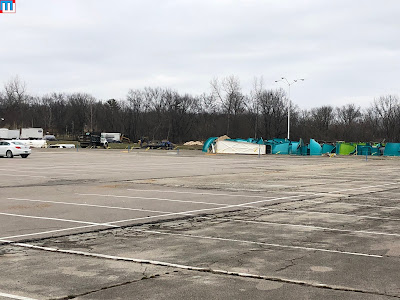 In the distance you can see the remains of the slide tower. 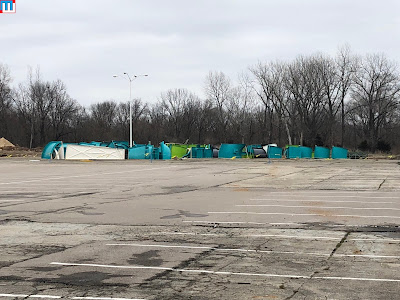 Panning right you can see that most of the slide parts are now onsite awaiting construction. 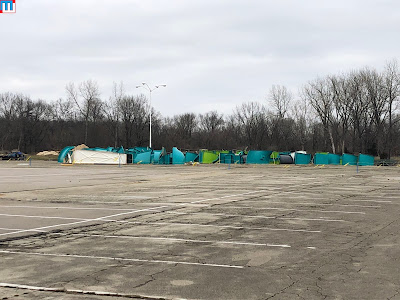 There are a lot of pieces.  I am not exactly sure what the white piece is for though. 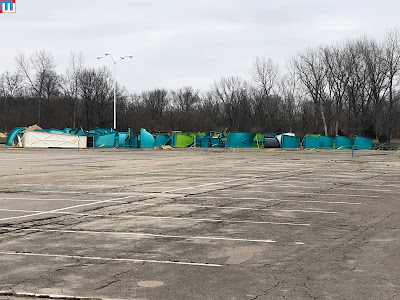 One should also note that the color scheme for the slide has changed from the artwork that was released with the announcement.  I have to admit that I like this cool color scheme much better,