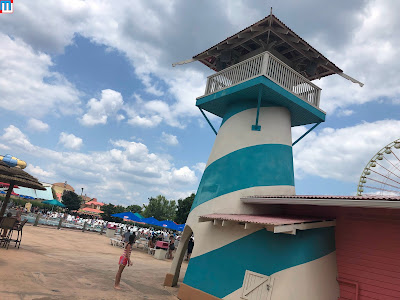 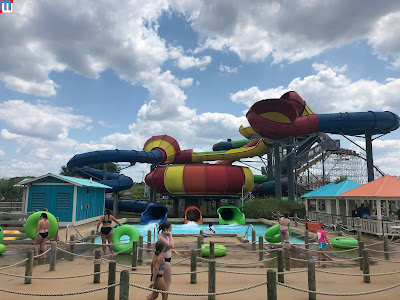 The park has quite a few extreme slides.  This complex features Calypso Run (the Topsy Turvy slide - ends in blue), Kilawaya (the bowl slide) and Waikiki Wipeout (ends in green) 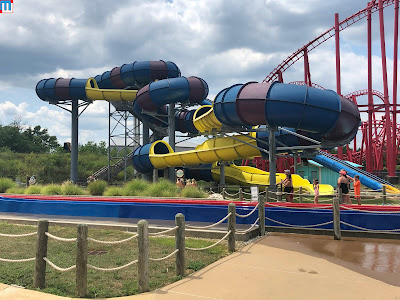 This is a family raft slide called Plummet Summit 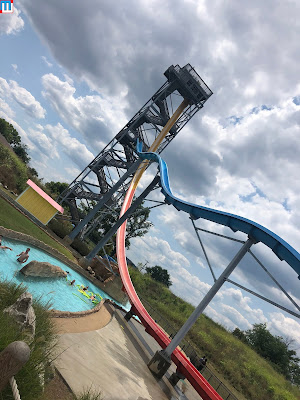 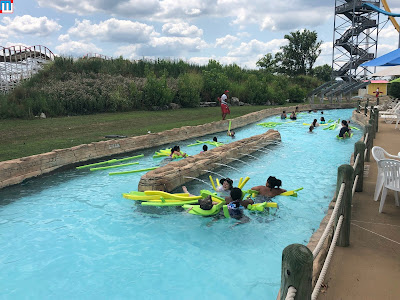 Adventure River.  I found it interesting that they give guest pool noodles instead of rafts for this particular lazy river 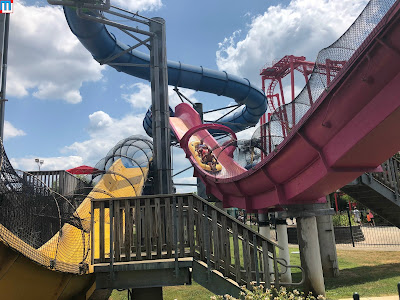 The park has a water coaster called Deluge 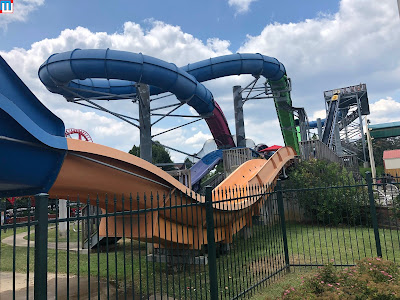 It features several magnetic launches during the ride 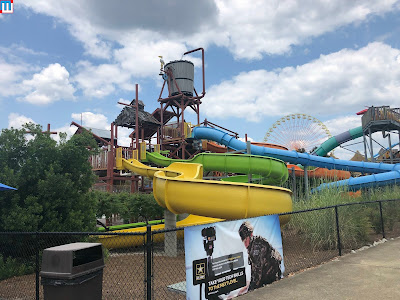 Splash Zone is the park's water fortress, which features several slides and a tipping bucket of water 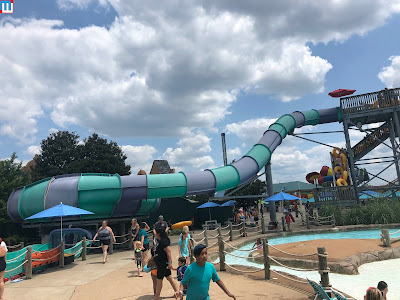 This is Mega Wedgie, another raft bowl slide. 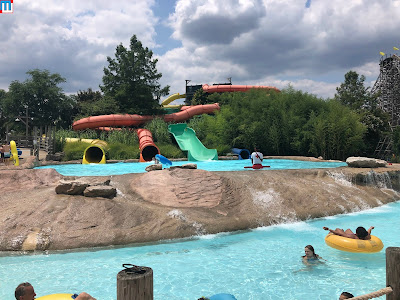 There's a complex of three raft slides on the island created by Castaway Creek.  This lazy river uses rafts 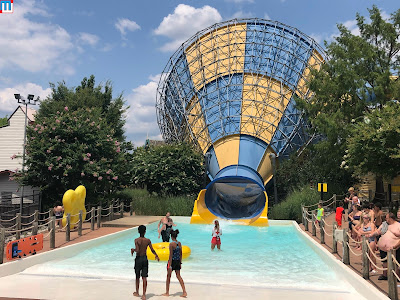 Tornado dominates this side of the park 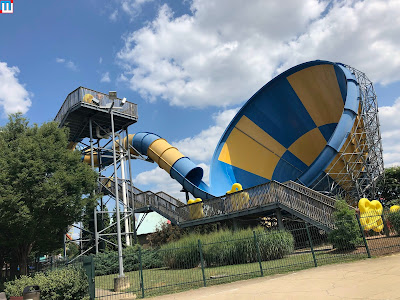 It's pretty much like any tornado water slide out there, but it is still a lot of fun 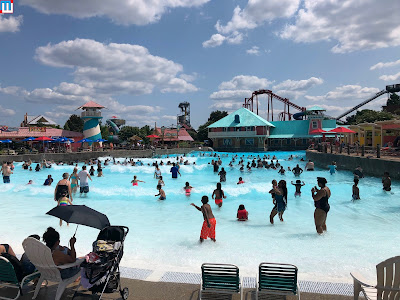 Finally the park has an awesome wavepool called Big Surf.  At 3 times during the day, the park ramps up the waves in what they call the Big Kahuna.  These sessions are awesome and definitely worth trying out