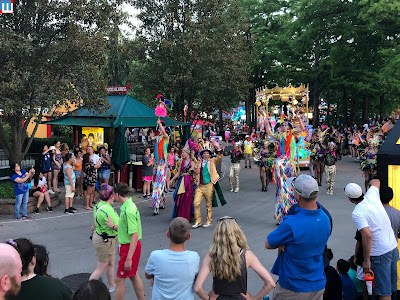 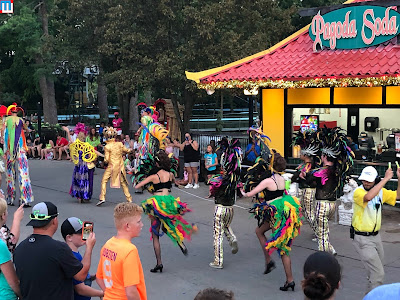 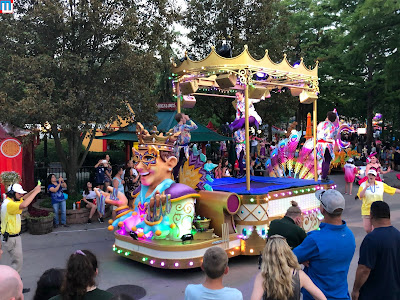 The first float is the King of Carnivale 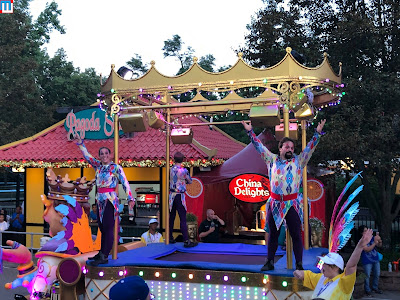 It features a trampoline and acrobats. 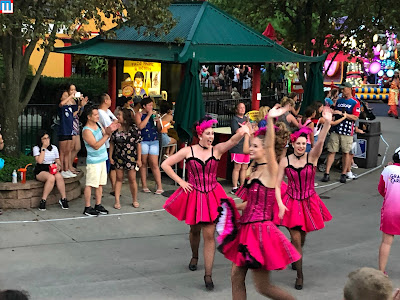 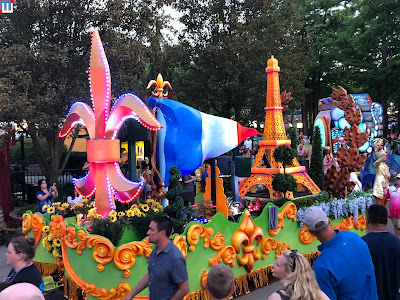 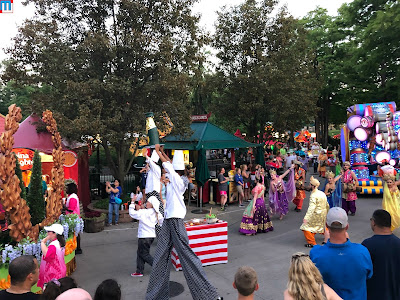 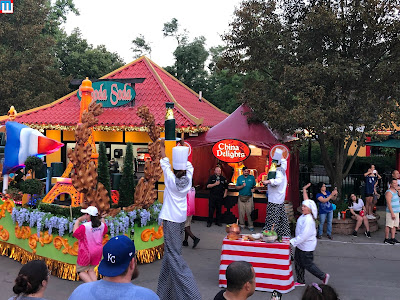 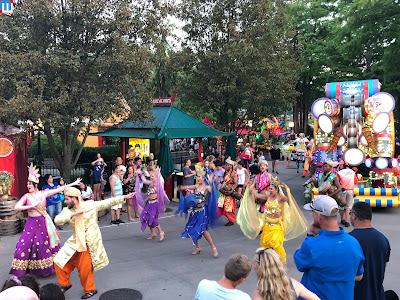 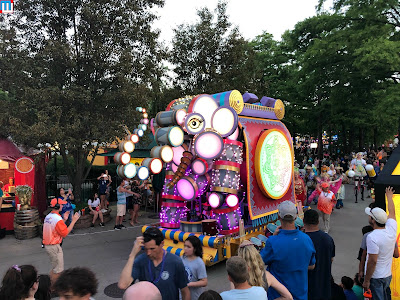 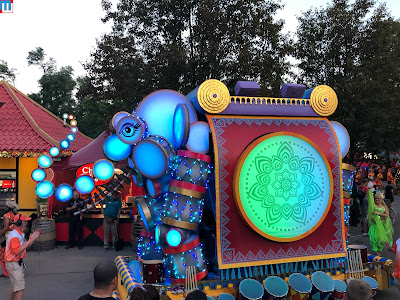 The float is covered in playable drums 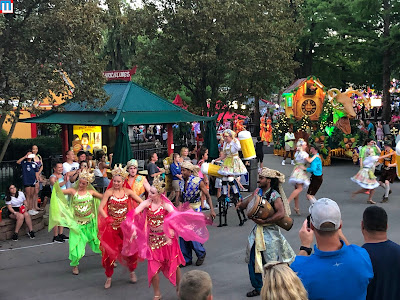 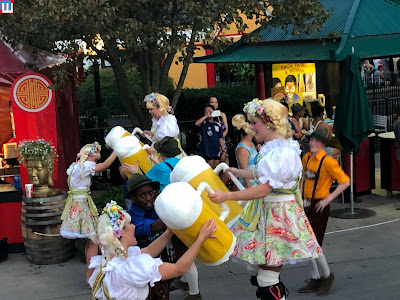 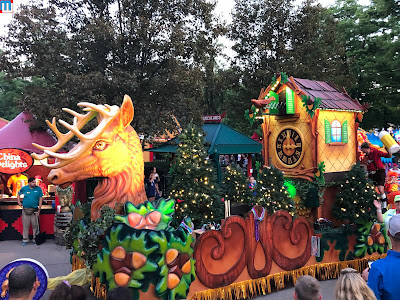 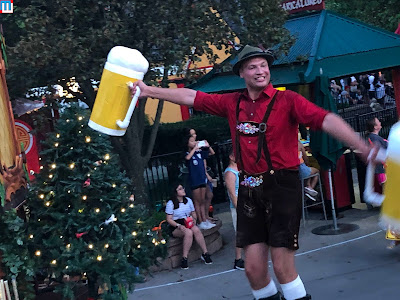 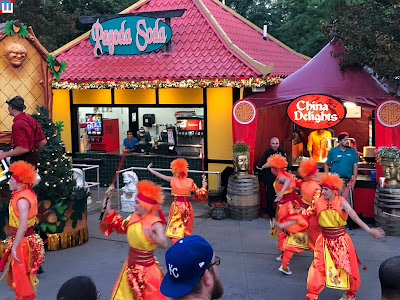 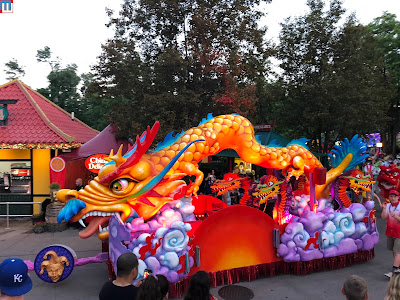 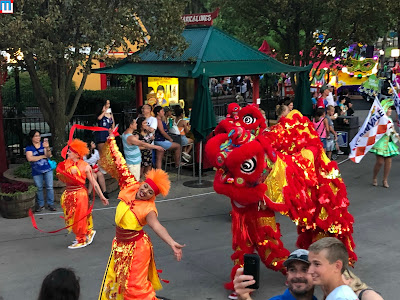 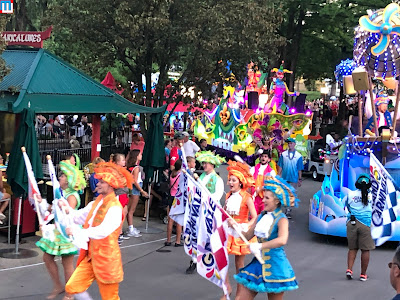 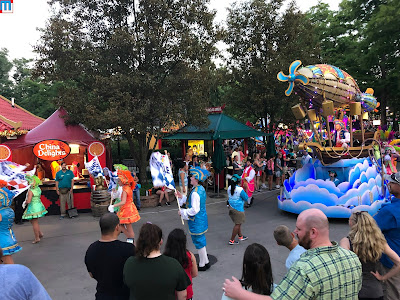 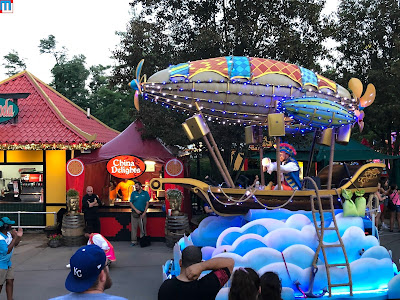 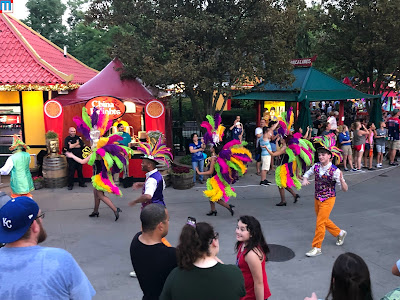 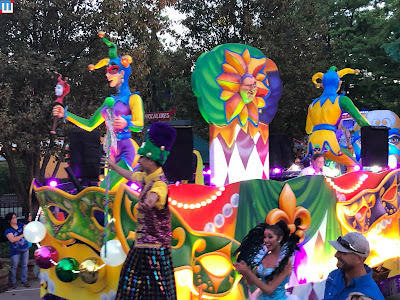 There are 3 floats in the Mardi Gras unit 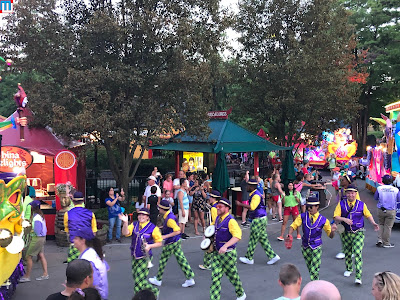 The band from Hot Rhythm Nights 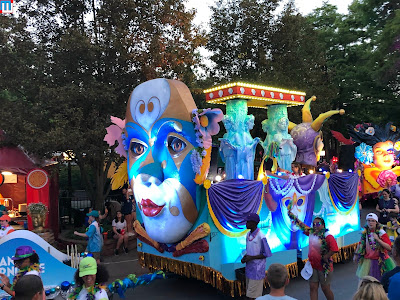 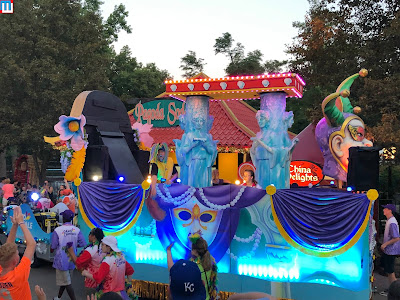 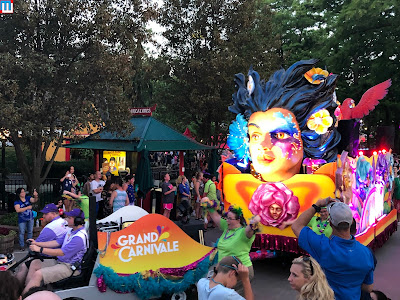 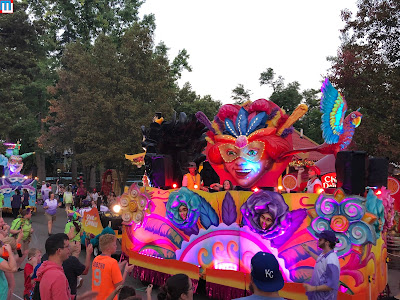 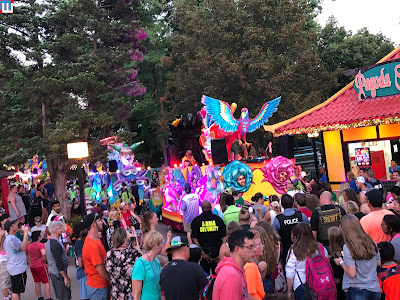 The crowd following the parade to the Street Party in International Plaza.
The parade is amazing and seriously one of the best things to ever come to WOF