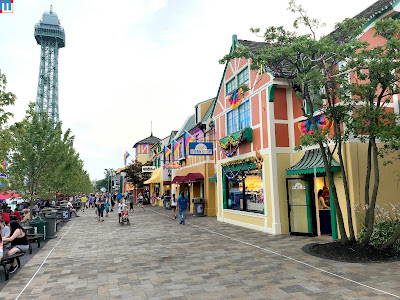 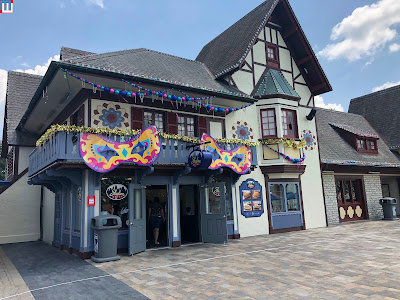 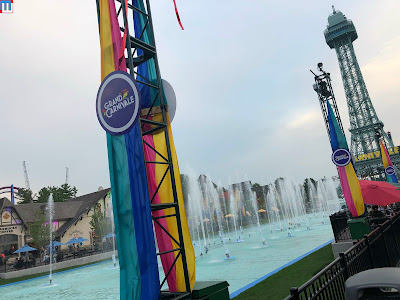 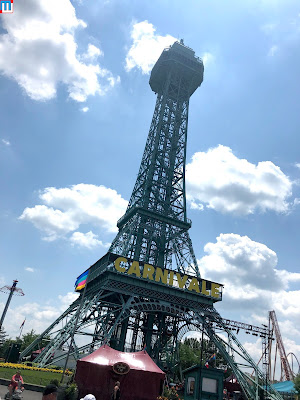 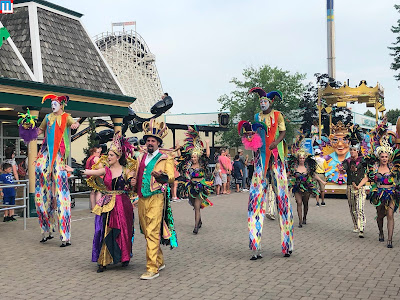 The main event of the festival is the Spectacle of Color Parade.  The parade begins near Flight of Fear and runs through the Coney Island section of the park before doing a loop around the park's fountain area on International Street. 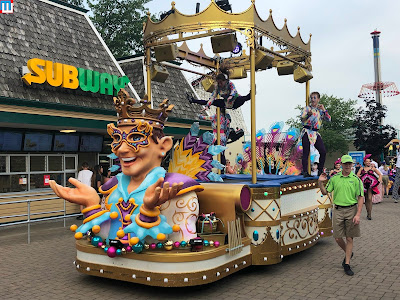 King of Carnivale Float.
This float features a trampoline that artists perform on 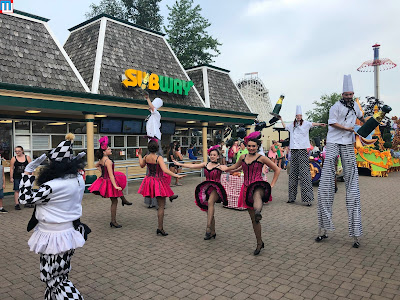 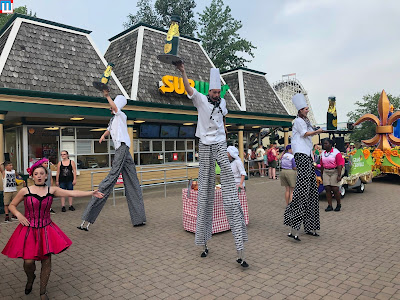 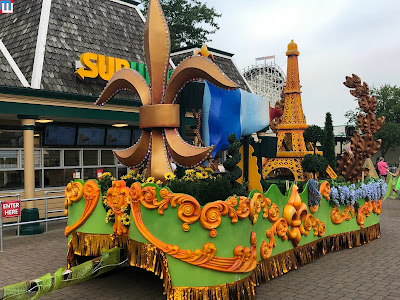 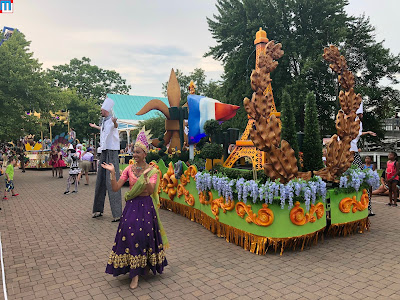 There are 4 parade stops along the route where the units will stop and the cast will invite parade viewers to interact with them around the floats. 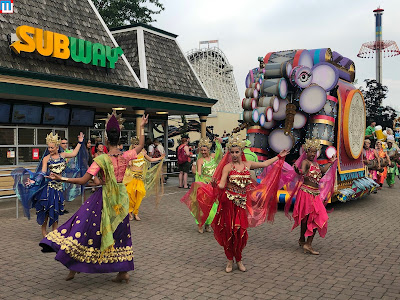 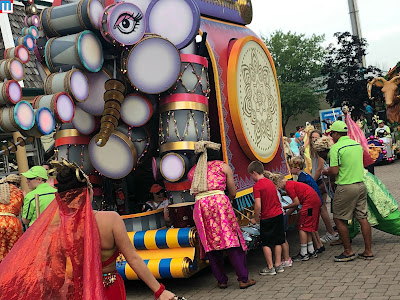 Indian Drum Elephant.
This float has drums that parade viewers can play on during parade stops 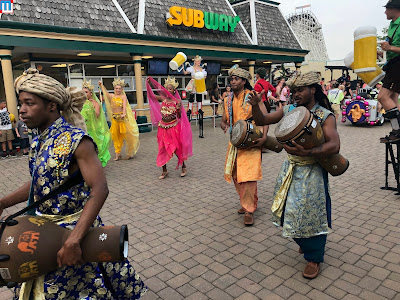 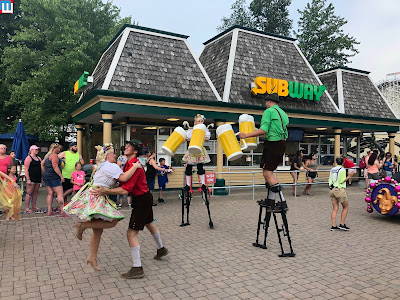 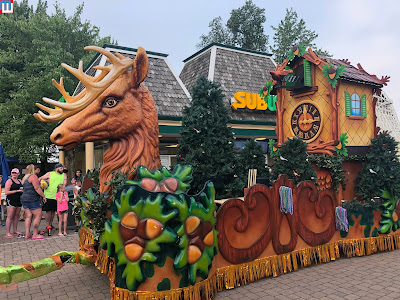 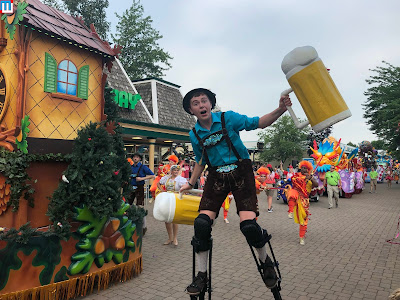 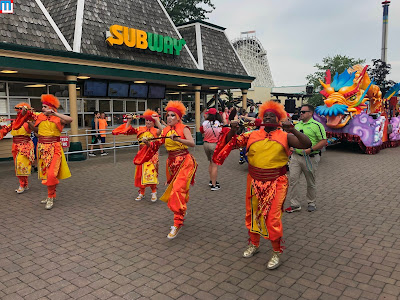 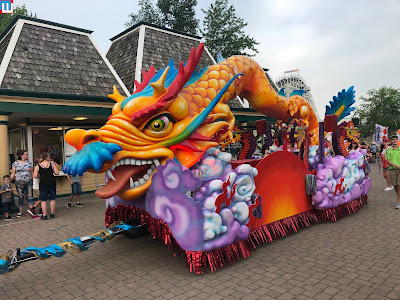 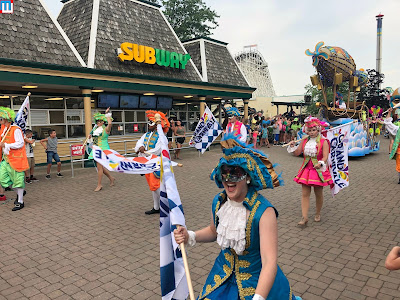 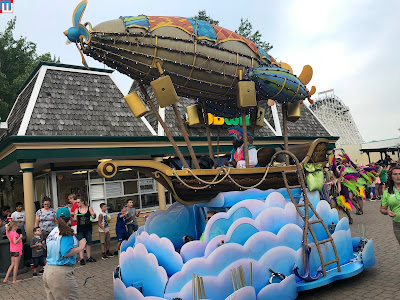 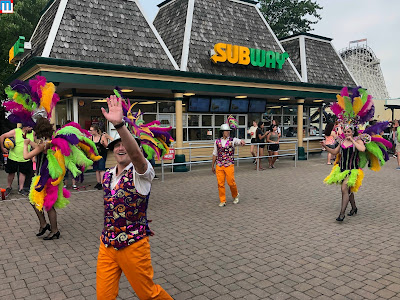 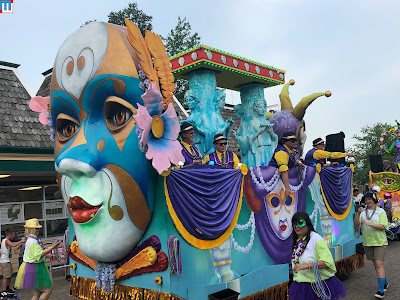 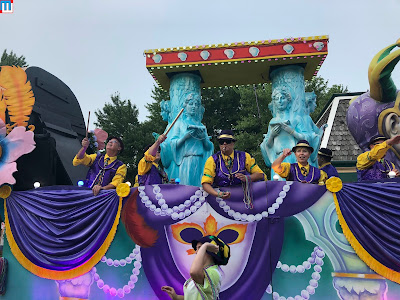 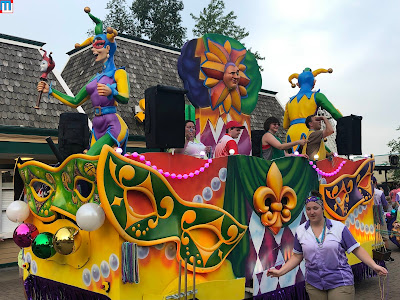 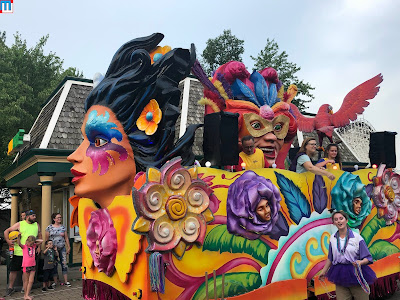 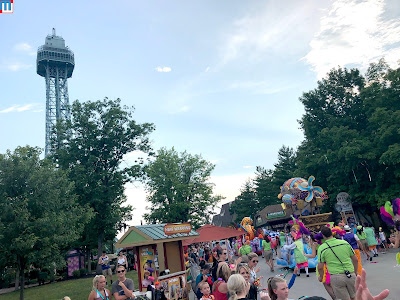